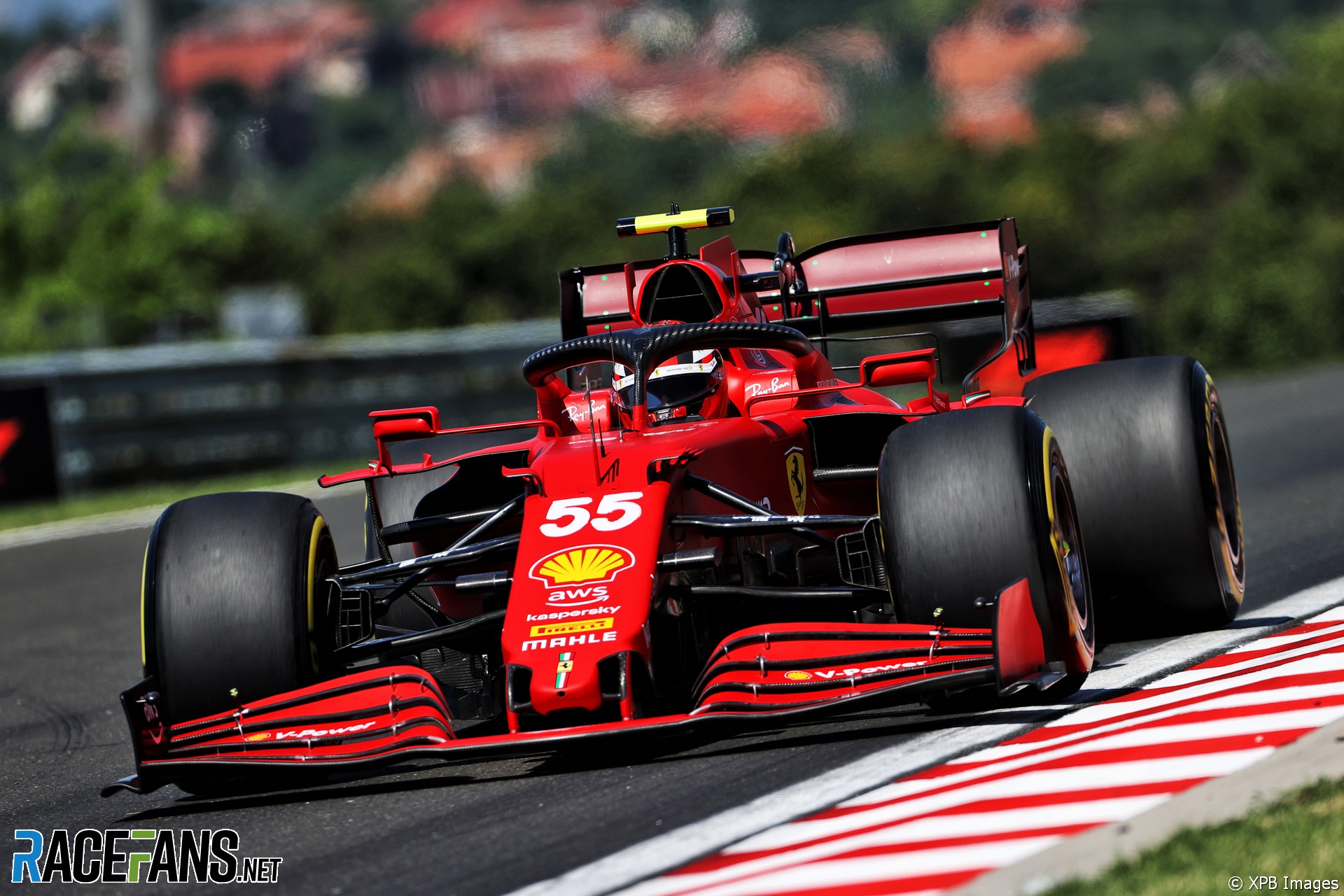 Ferrari has fitted a new power unit to Carlos Sainz Jnr’s car ahead of the final practice and qualifying session for the Hungarian Grand Prix.

His third power unit, fitted at the 11th round of the 23-race season, is the last new example he can use this year without incurring a penalty.

Ferrari opted to change the power unit out after concerns which arose following analysis of its operation yesterday. It will be sent back to the team’s base at Maranello for further checks.

Members of the team broke the curfew on working hours at the circuit last night in order to complete the change. Teams are permitted to do so twice per season without penalty, and this was the first time Ferrari have done so.

Sainz is the fourth driver on the grid to move onto his third power unit before the halfway mark in the season. Mercedes users George Russell and Sebastian Vettel, and Renault-powered Esteban Ocon have already done so.

Honda is the only manufacturer whose drivers are all still on their second power units. It confirmed yesterday the power unit which was in Max Verstappen’s car when he crashed heavily at Silverstone remains fit for use.