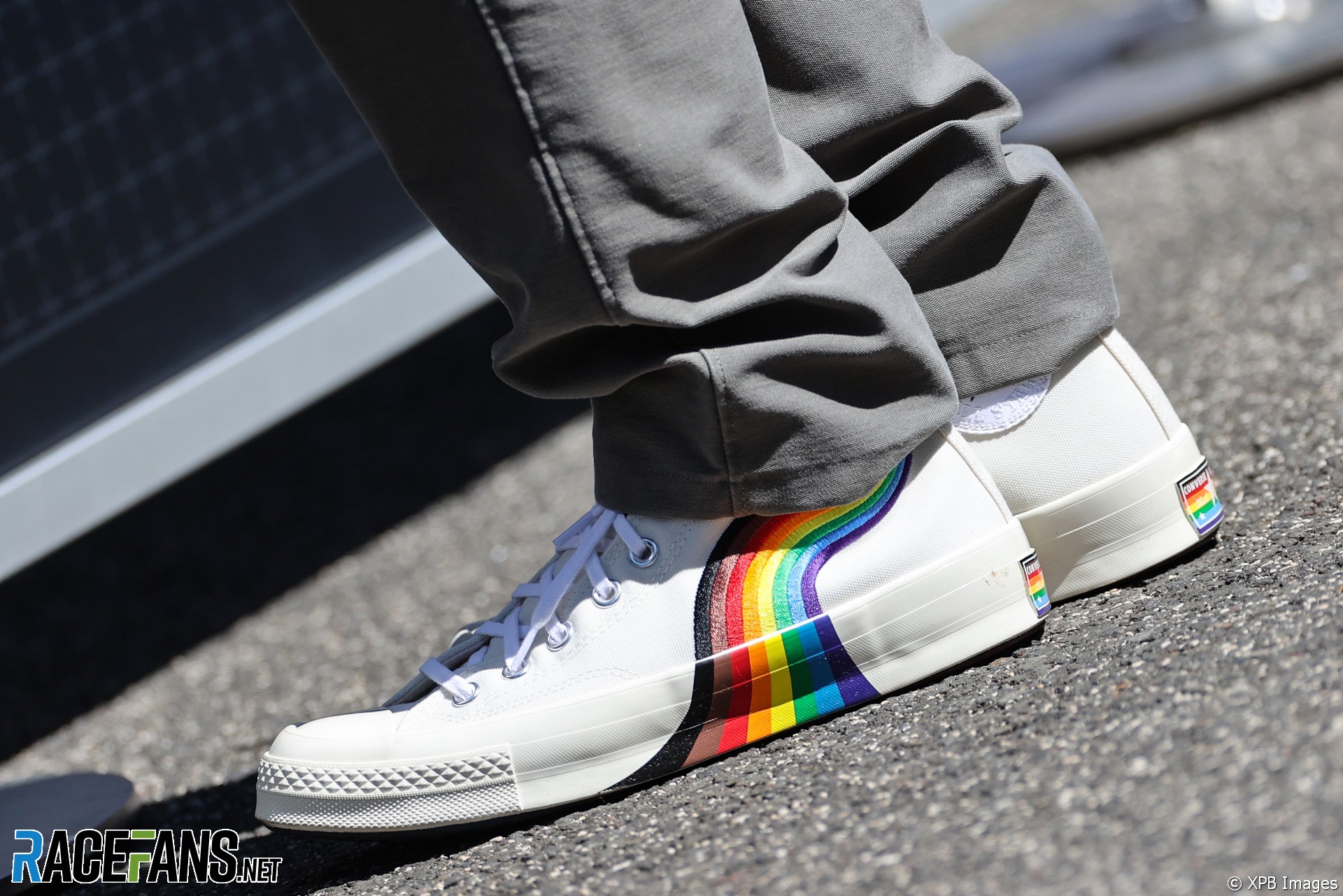 Sebastian Vettel says he is paying no heed to criticism on social media of his stance on environmental issues.

The Aston Martin driver, who unlike many of his rivals does not have a social media presence, has become increasingly outspoken about the need to reduce emissions and waste. Following the British Grand Prix he and a group of fans spent several hours helping to clean up waste around Silverstone.

Following criticism of an interview for Der Spiegel where he also discussed his environmentalism, Vettel said he was uninterested in negative comments about his stance.

“To be honest, I don’t know what you’re talking about,” said Vettel when asked about it in today’s FIA press conference. “I mean, I had very positive feedback. I haven’t heard anything from the other side.

“I guess it’s normal that people will have all sorts of reactions. But I think they’ve probably been positive on a ratio of a thousand to one.

“It’s, I think, a problem of our times and in general that the squeaky wheel gets the attention. Obviously you are asking the question about potential negative comments, whereas you should ask a thousand times over a question about the positive comments. So that’s why I think there’s not much point spending time looking at that side and seeing the positives [instead].”

Vettel said he “learned a lot” from volunteering to clear up at Silverstone, and visiting a waste processing plant afterwards. “I think the people involved, the fans that were happy to help learned a lot [too],” he said.

“We convinced even some of the fans that were still around the track to get involved and grab a bag and pick up some litter. So I think it was a good thing to do because we acted and we cleaned two grandstands and three and a half hours.

“I wanted to make sure where the stuff goes after that so I learned a lot in that short amount of time.”

Vettel also joined Lewis Hamilton in criticising the Hungarian government’s stance on gay rights. Prime minister Viktor Orban recently approved legislation to ban gay people from appearing in television programmes or educational material aimed at those under the age of 18.

“Everybody is free to do what they want and exactly that, I guess, is the point,” said Vettel, who is wearing trainers featuring the gay pride rainbow this weekend. “I find it embarrassing for a country which is in the European Union having to vote or having some laws like this.

“We’ve had so many opportunities to learn in the past and I can’t understand why we’re struggling to see that everybody should be free to do what they like, love who they like.

“It’s a lot along the lines of live and let live. It’s obviously not for us to make the law, and that’s not our role, but I think just to express support for obviously those that are affected by it.”