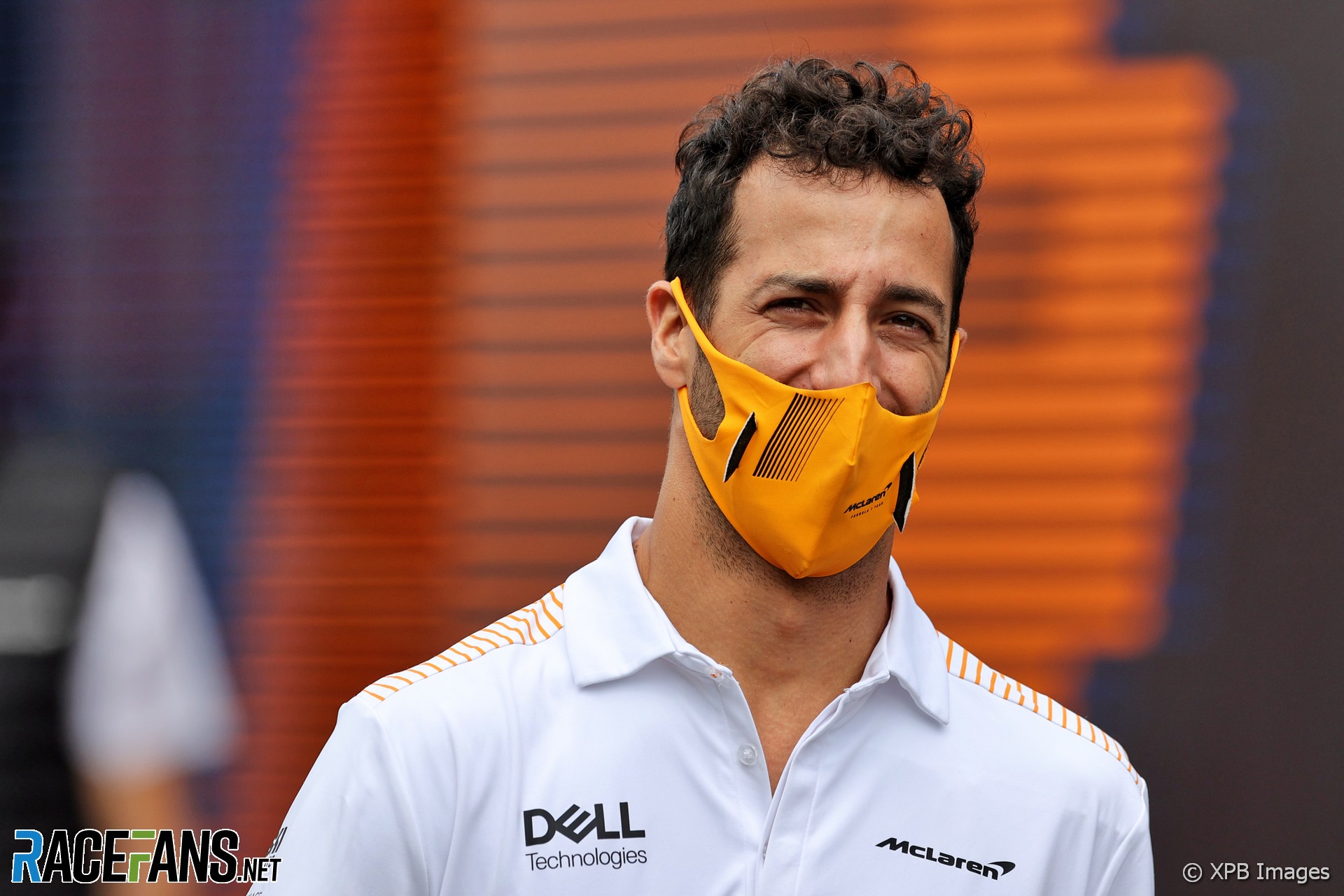 In the round-up: Daniel Ricciardo says the Hungaroring will be a better measure of the progress he’s made at McLaren than Silverstone was.

After scoring his best finish as a McLaren driver so far at the high-speed Silverstone track, Ricciardo said his performance at a very different circuit will be a key measure of the progress he’s made at the team.

“Budapest is a completely different circuit,” Ricciardo explained. “We have higher downforce, more braking, a bit more twisty and technical.

“So if I can put it together there, then I’ll probably answer that question more confidently and let the world know that I’m back!”

Long-time F3 driver Jake Hughes will race for Carlin at the junior series’ Hungarian round in place of Kaylen Frederick. Hughes previously won three races for HWA, who he raced for in 2019 and 2020.

Frederick suffered a hand injury and had to undergo surgery following a crash during race two at the Red Bull Ring.

Nikita Mazepin said Haas’ pace deficit to Williams at Silverstone was partly due to the progress their rival made with their aerodynamic package.

“We knew before the race we wouldn’t be able to follow the Williams for a long time. I think Williams brought something for the weekend or potentially had more downforce than us. There’s certain tracks that highlight our weaknesses less, certain that highlight more.”

Robert Kubica will drive for Alfa Romeo in the first practice session for the #HungarianGP, as he also did last year.#F1 pic.twitter.com/4rEvc8XGNY

“So how was it @RGrosjean?!” bloody good day/night of testing. Awesome short oval. Can’t wait to race here. #SM3 pic.twitter.com/zd6Fz5D4sg

"'If I drop back in group two for the second day (In Berlin) I think that will be an ideal scenario, but if I’m stuck in group one for (both races), I might suffer,' de Vries said."

"Resolved a crash that could occur after returning to a ranked lobby if the lobby had split. Addressed an issue where players could be split into a placeholder lobby when re-matchmaking in ranked."

In response to the rising costs of a junior career, SWH1386 says that the virtual world has stepped in for a cost-effective alternative route into motorsport.

Most importantly, sim set-ups are much cheaper too, greatly reducing the barrier to entry. A good quality PlayStation or Xbox with wheel set-up can be bought for less then £500, which, not quite as cheap as a ’round leather object’, is far less than a junior racing career.

So to really open up the entry pool and make motorsports accessible to people from all backgrounds, E-sports seems to me to be the best way
@swh1386