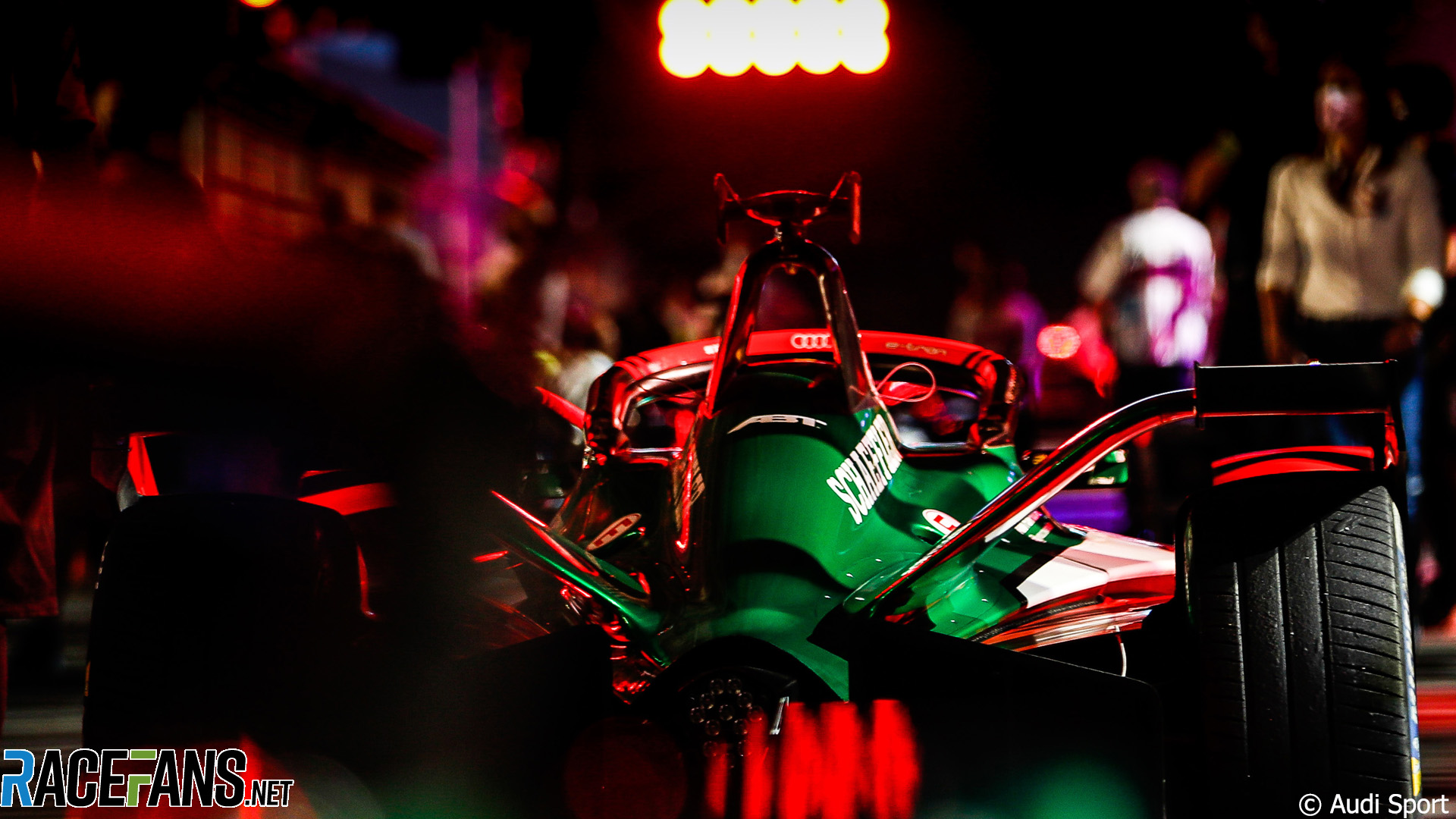 Audi and Porsche were the only manufacturers to join Formula 1’s 2025 engine regulation discussions which are not currently involved in the sport. So why did the two Volkswagen Group brands want to be at the table?

Last year Audi announced it will quit Formula E and put its efforts into the Dakar rally, where it enjoys more technical freedom. It is using the powertrain it developed for its final season of Formula E in the design of the RS Q E-tron which will tackle the dunes.

Volkswagen Group’s motorsport portfolio has diminished since the company attempted to move past the reputational damage of the dieselgate emissions scandal by refocussing on electric vehicles. This makes Porsche and Audi’s presence at F1’s recent manufacturer meetings all the more intriguing.

Red Bull team principal Christian Horner and his opposite number at Mercedes, Toto Wolff, recently gave very different views of what F1’s future engine rules should be. Mercedes’ priorities are towards electrification and road relevance, while Red Bull put an emphasis on spectacle and entertainment, particularly through creating a more impressive sound.

During last weekend’s Formula E round in London Audi team principal and former factory driver Allan McNish explained to RaceFans why the brand is involved in talks over Formula 1’s future as its departs Formula E.

“Audi and the Volkswagen Group are quite a big organisation,” he said. This is some understatement – the VW Group is the world’s largest car manufacturer by volume of vehicles delivered.

“We’ve got very good relationships through a lot of motorsport and we sit in a lot of discussions. That doesn’t mean to say they’ll all come to fruition but you need to be in the discussions to understand.”

But it’s not just a case of ‘regulatory tourism’, McNish explained. “Audi’s sat in Formula 1 discussions in the past. The Volkswagen Group has, and that’s part of evaluating where the motorsport is.

“It’s also about the guidance of where motorsport needs to go to stay relevant. I think there’s two stages to this: There’s one obviously program specific, but there’s also one where is motorsport going to be in 2030, 2035, 2040? Because the car industry is clear where it’s going.”

McNish isn’t exaggerating. The car industry’s trend towards electrification is indisputable. Even Ferrari has committed, as of April this year, to one full electric vehicle by 2025 and a transition to majority hybrid vehicles. Audi have stopped developing internal combustion engines, Mercedes will sell 100% electrified vehicles by 2030 and are talking about bringing that date forwards.

Mercedes, the VW Group, Ford and General Motors are investing billions in colossal ‘gigafactories’ to meet battery and electrification needs across the Americas and Europe, bringing production out of its current home in Asia. Only BMW is seemingly resisting – and then, it’s because it is investing in solid state technologies, instead.

Formula 1 has the edge over all-electric Formula E in that respect, as its younger rival does not allow manufacturers to develop their batteries. This restriction was imposed as a cost-saving and – in the early years – safety measure. Over in the World Endurance Championship the replacement for LMP1 – LMDh – offers a hybrid system, but it is completely ‘spec’, with only internal combustion development allowed. The motorsport test-bed for direct-liquid-cooled and ultra-high-end cells remains Formula 1 for now.

Porsche was identified as the VW Group’s main motorsport focus during its ‘Power Day’ in mid-March this year. CEO Oliver Blume announced: “Innovative high-performance batteries have great potential – we will test these innovations in motorsport.” There was one obvious place it would do that. Nonetheless, a Porsche spokesperson denied any plans to leave Formula E.

“And that’s an area where I think there’s guidance as well coming in both directions, FIA, and also with not just Audi, but with manufacturers to try to align and make sure that we’re going in the right direction.

However he is firm in his belief that motorsport must remain relevant to manufacturers. “Personally, from my point of view, because I sit on a couple of these different things, I’m very keen to ensure that that’s the case.

“I’ve got a 16-year-old and a 12-year-old. I was 12 when I started karting and I was 16 when I was starting to look towards car racing. I’ve fallen in love with this sport and industry from that age.

“My life has been involved in it to the point where I don’t see it as a job, I see it as a kind of hobby that I happen to call a career and I think we’re all very lucky for that.

“But at the same time, for that story to continue for the next generation, we need to make sure that it’s aligned and it’s relevant not just on one level of entertainment, but also in technology and in terms of its positioning.”