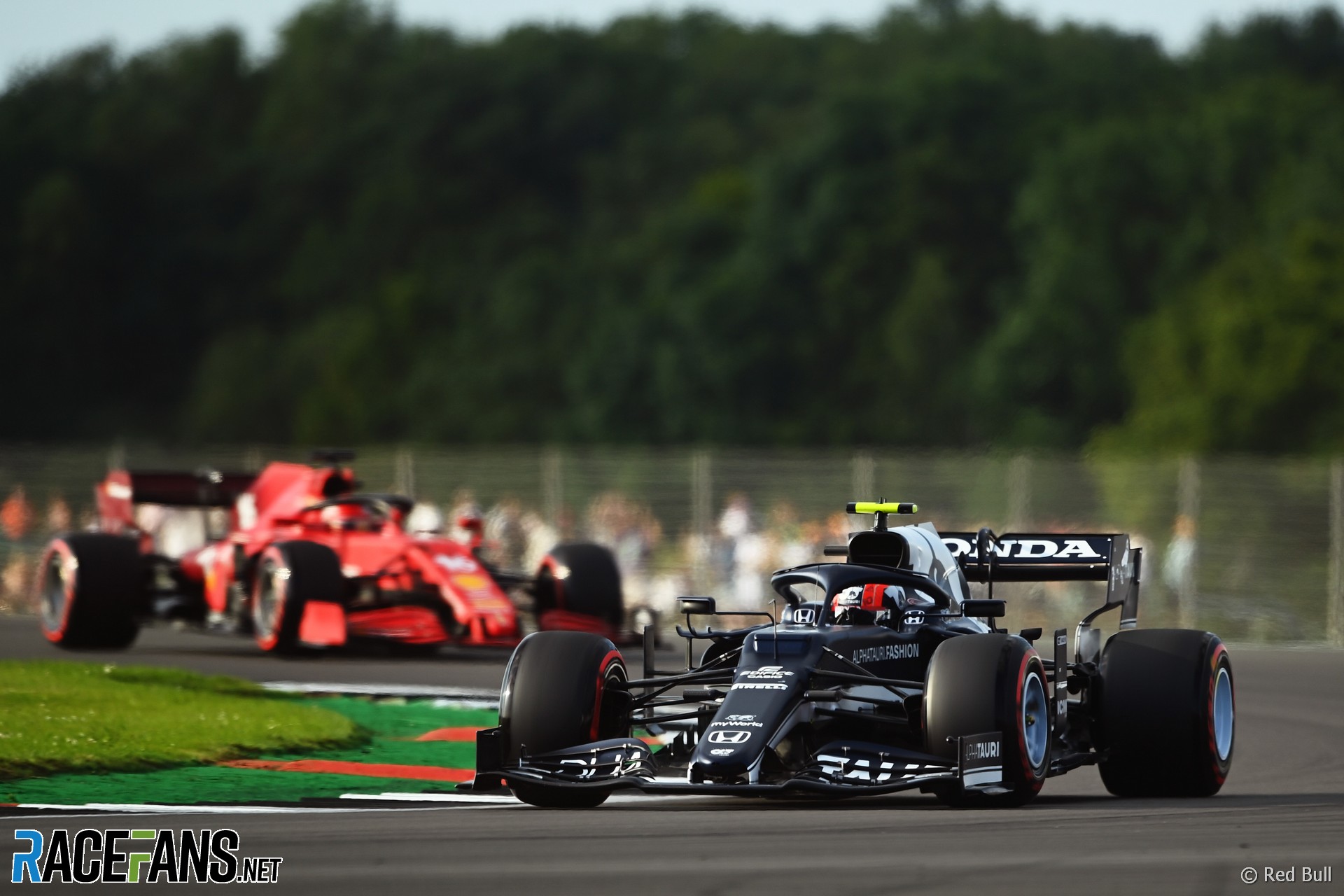 Formula 1 teams face a leap into the unknown with the series’ first sprint qualifying race this afternoon, which will decide the grid for Sunday’s British Grand Prix.

Teams and drivers had to make their final significant set-up adjustments before qualifying began yesterday. At that point parc fermé began, meaning only changing parts related to wear and other essential repairs (for instance, in the case of crash damage) can now be done.

The key decision teams now face is what tyres to use for this afternoon’s race. All 20 drivers have free tyre choice for both the sprint race and the grand prix, regardless of where they will start.

Each car began the weekend with two sets of hard tyres, four mediums and six softs. Unlike most grand prix weekends, drivers were only allowed to run soft tyres during qualifying. They now have the following tyres remaining to cover final practice, sprint qualifying and the grand prix.

No driver due to start in the top 10 for sprint qualifying has a fresh set of soft tyres available. But could one of the drivers starting behind them gamble on the soft rubber?

Starting on soft tyres would give drivers an advantage to make up places early. It should be possible to run the 17-lap sprint on a single set of soft tyres but drivers might lose significant pace towards the end compared to those on mediums.

Pirelli’s head of motorsport Mario Isola believes it will be possible, based on the data gleaned from last year’s two races at the track.

“If you look back at the second race, for example, that we had in Silverstone last year, where the soft compound that we have this week was the medium compound, we had some drivers that were able to run stints longer than the sprint qualifying on the soft without a high degradation. We had, for example, Ocon, Vettel, Leclerc, Stroll, Raikkonen, Giovinazzi, they were all running long stints on the C3 compound. So I believe that considering that last year we had similar conditions in terms of temperature, that’s a good indication of what they can choose.”

As Antonio Giovinazzi pointed out on Thursday, the first lap will be the best opportunity for drivers determined to make up places – which will make some more inclined to consider starting on softs. “The strategy is quite simple,” he said. “Lap one we need to try to gain some position and then think about the Sunday, not take much risk.

“I think that it will be difficult to overtake, there will be no pit stops, so what you can gain in the first lap then is good for the rest of the race.”

Which drivers will be most inclined to gamble? Fernando Alonso, always an aggressive starter, and the highest driver on the grid with a fresh set of softs, looks a likely candidate. He even has a spare set of softs which he could run in second practice to assess how well the rubber is likely to stand up on a day when air temperatures are expected to hit 28C.

Another significant difference between sprint qualifying and a typical grand prix is that cars will start the race on much lighter fuel loads than we usually see – around a third or less of the 110kg maximum permitted for a full grand prix.

Some cars may perform better relative to the competition on lighter fuel loads. McLaren and Alpine have seemed stronger during the final phases of a race when fuel is burned off and the car is much lighter. Williams haven’t looked as strong at the end of races.

George Russell, however, insists he will throw caution to the wind in his efforts to bag himself an even better starting position than eighth for tomorrow’s grand prix. But the Williams driver hasn’t made great starts this year – only Pierre Gasly has lost more places on the first lap – and may need to get his elbows out more than usual.

Gasly was glum after what he called AlphaTauri’s “worst qualifying of the year” and predicted a “hard” weekend due to the limited running the team had before yesterday’s grid-setting session. AlphaTauri discovered their car didn’t perform as well as expected on the soft tyre, which was mandatory for qualifying.

“It’s a bit of a shame when we don’t have much practice, to change it,” said Gasly. “Obviously we can’t touch the car anymore,” he said.

“We have FP2 to understand the tyre a bit better. It’s not going to be easy but we’re going to fight as usual – and it’s a different format, a lot of things happen and hopefully with the race car, it’s a bit better.”

Gasly will surely be expecting a more competitive showing in the sprint qualifying race on the medium rubber. But he could have a few aggressively-minded drivers behind him on softs to worry about.