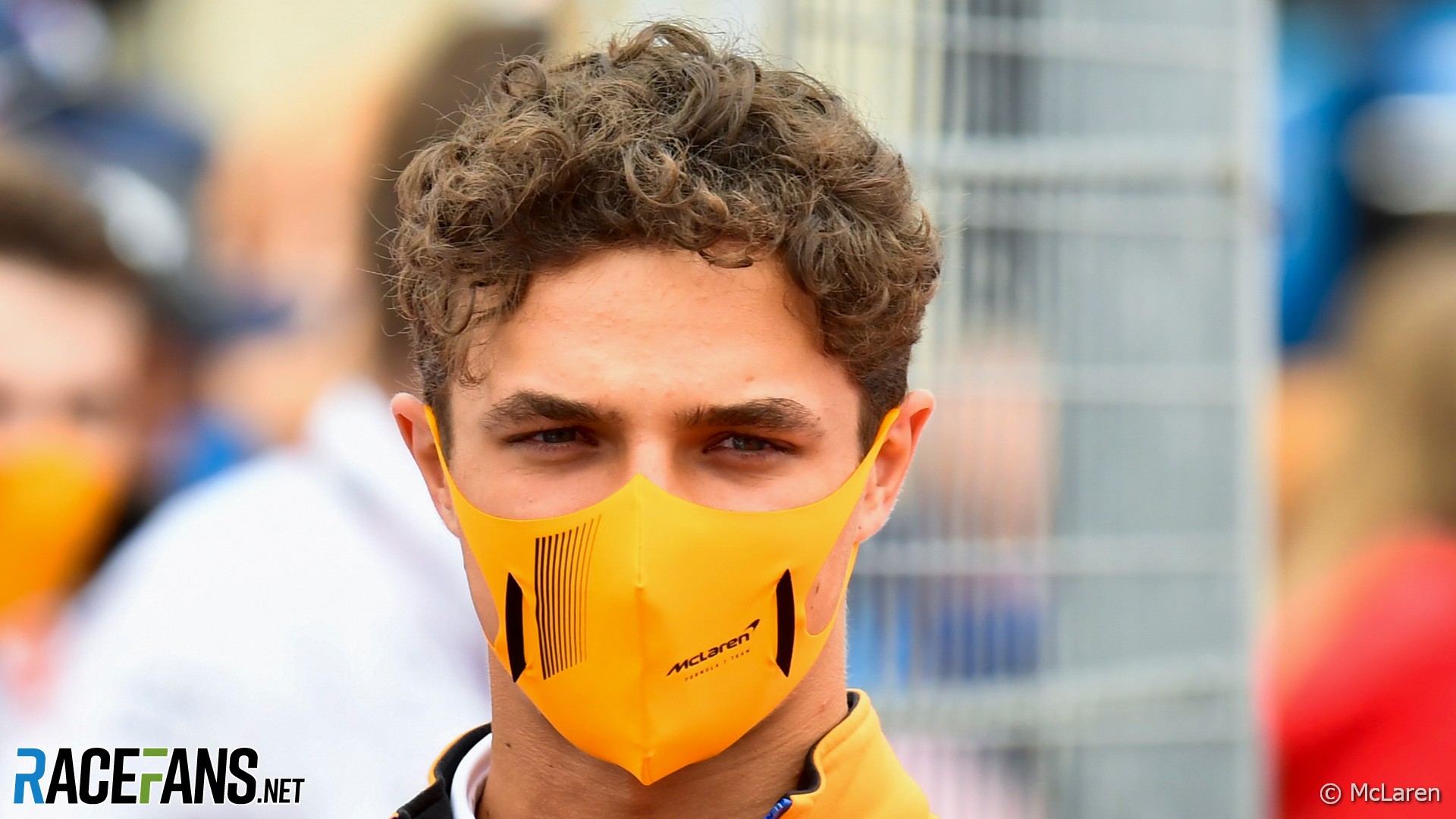 McLaren has confirmed Lando Norris was left “shaken” after being involved in an incident at yesterday’s Euro 2020 football final at Wembley in London.

The 21-year-old was part of the 60,000-strong crowd at yesterday’s match, which saw England lose to Italy on penalties. Videos circulating on social media show an unspecified number of people forced their way into the stadium as the game began, and fighting taking place around the venue.

The Sun quoted a witness claiming Norris was the victim of a mugging as he left the stadium. A group of people is said to have targeted the McLaren driver, removing his watch.

McLaren issued a statement confirming Norris “was involved in an incident, after the Euro 2020 final match at Wembley, during which the watch he was wearing was taken.”

“Thankfully, Lando was unharmed but he is understandably shaken,” it continued. “The team is supporting Lando and we are sure that racing fans will join us in wishing him all the best for the British Grand Prix this weekend.

“As this is now a police matter we cannot comment further.”

The Metropolitan Police have made 86 arrests relating to the policing of the event.

Norris shared images of himself at the stadium shortly after the end of the match, saying: “Congrats on the win Italy. You did us proud England.”