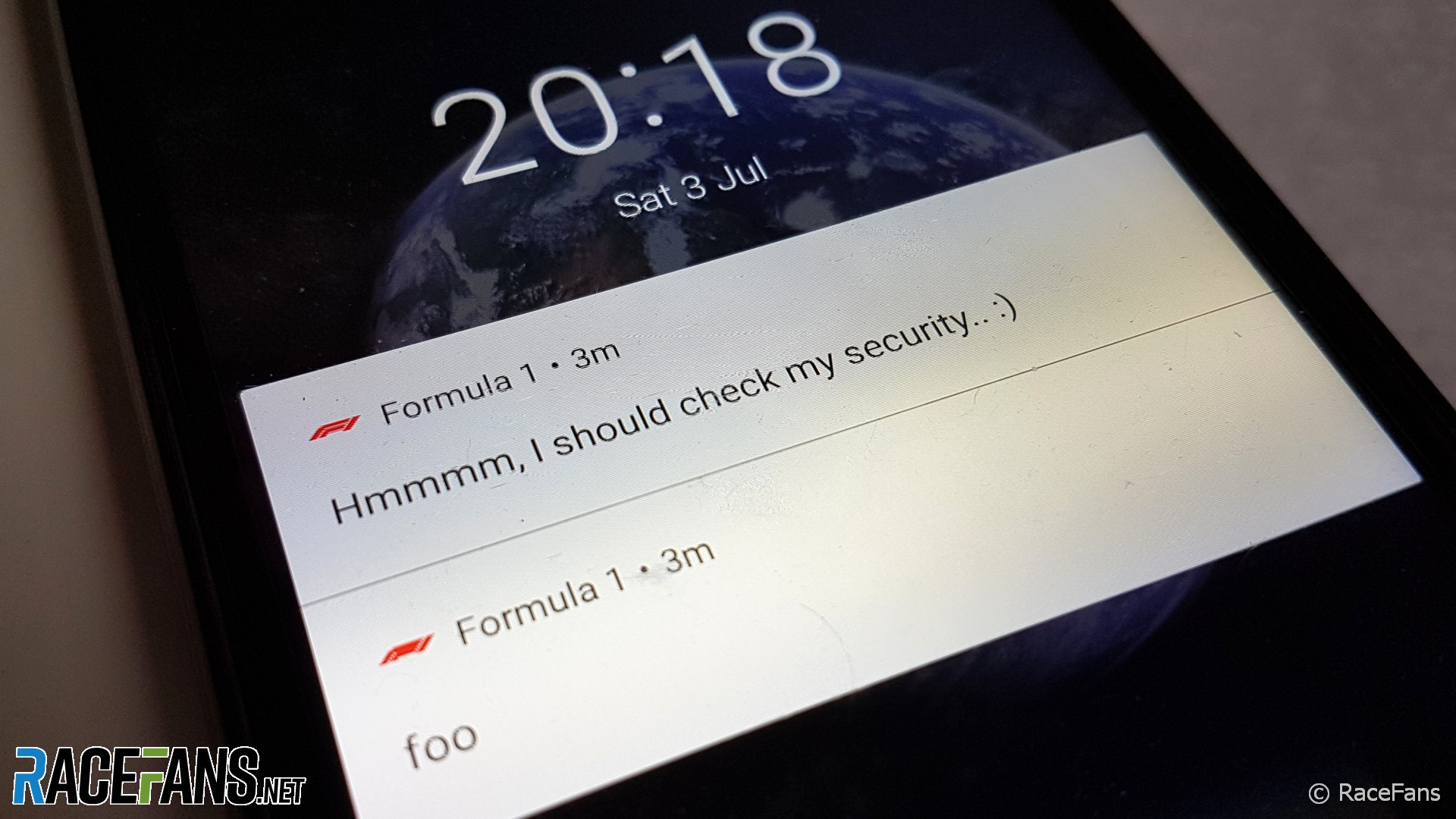 Formula 1 has confirmed its official app was subjected to a “targeted attack” yesterday which led to fans receiving unexpected notifications containing the text “foo”.

A further message sent to users of the official Formula 1 app on Saturday read: “Hmmmm, I should check my security.. :)”

In a statement F1 confirmed its systems had been compromised and it has begun an immediate review of its services.

“Formula 1 became aware of an incident where the F1 App Push Notification Service had been compromised,” it stated.

“We immediately took actions to suspend and secure the service and review the security procedures in place.”

F1 does not believe any of its users’ data was leaked in the hack.

“Our investigation confirms that this targeted attack was limited to the Push Notifications Service. We will continue to investigate, review and improve safety measures but, at this time, have no reason to believe that any customer data has been accessed during this incident.”

The official Formula 1 app has been downloaded by over five million users on the Google Play Store.