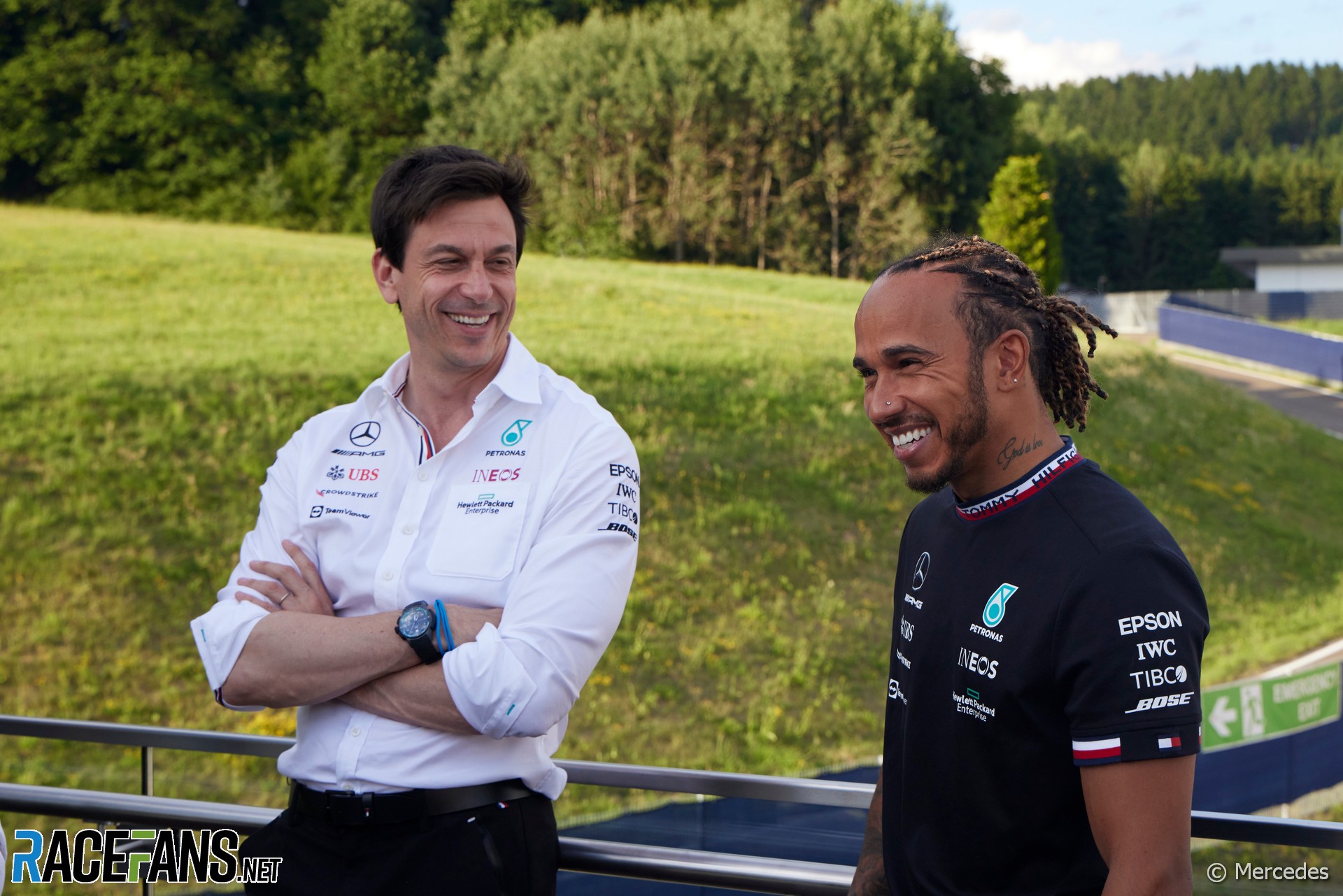 Mercedes intend to choose Lewis Hamilton’s team mate for the 2022 F1 season well before the end of this year, team principal Toto Wolff has said.

Earlier today Mercedes announced Hamilton had extended his deal to drive for the team by two years.

“With Lewis we were clear since a while that we wanted to continue so that was obvious for us,” said Wolff, who confirmed Hamilton signed his new deal yesterday night.

Wolff now has to weigh up whether to retain Valtteri Bottas as Hamilton’s team mate or replace him with Mercedes junior driver George Russell, who currently races for Williams.

“Now we can look at the second seat,” said Wolff. “It’s between those two and we value them both for their strengths and for what they can contribute to the team.”

After this weekend’s Austrian Grand Prix, F1 has two more races at Silverstone and the Hungaroring before the summer break, when driver contract decisions are often settled. “We always said we want to give it the next few races to gain more clarity,” Wolff explained.

“I’m also happy Valtteri’s racing, in my opinion, in Austria was really good and he needs to consolidate that. But he’s a known factor and in the same way we know the strengths and weaknesses of George.