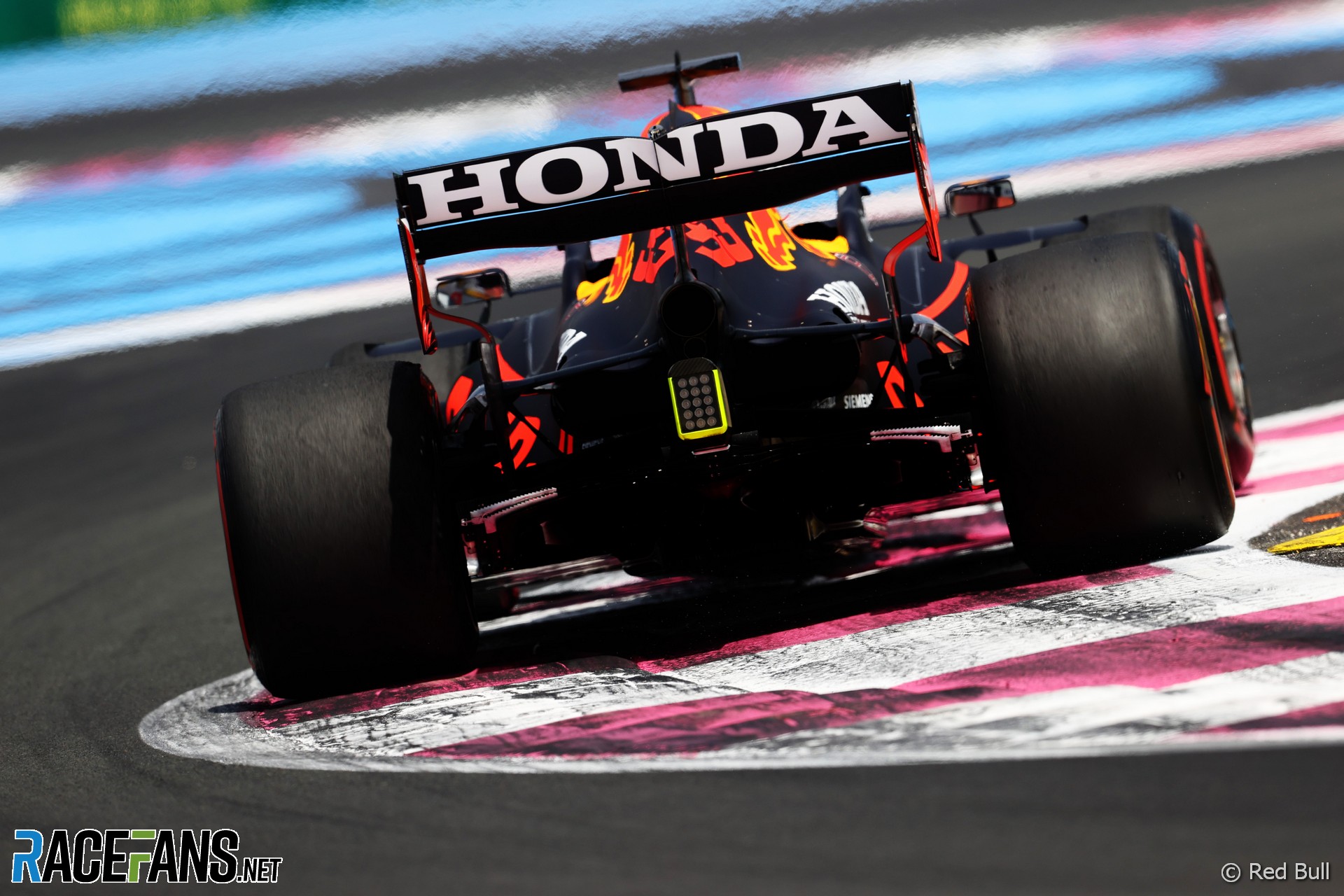 Honda says it has unlocked more performance since the beginning of the season but denies this was achieved through any changes introduced through its second power unit in France.

Lewis Hamilton has repeatedly referred to the second power unit Honda introduced at the French Grand Prix as an “upgrade”, despite manufacturers being forbidden from introducing performance improvements during the championship.

Honda’s technical director Toyoharu Tanabe said it was “not true” that the team had found another 15bhp from the engines it ran at Paul Ricard.

“Under current regulations any performance update is not allowed to apply during the season,” he said. “As a result our second PU [power unit] is the same as first PU in terms of specification and performance.”

Mercedes team principal Toto Wolff has suggested Honda may have made changes to its power unit to fix reliability problems, which they are permitted to do, and by doing so are now able to run their engine in higher performance modes. Tanabe also denied this is the case.

“The current performance improvement is as a result from the hard work from Honda and [its] teams,” he said. “Under the current PU regulation we need to submit any changes.

However Tanabe confirmed the performance of Honda’s power unit has improved during the season.

“I can say yes because we started to use this new 2021 PU from the pre-season test and then we have been learning gradually how to use our PU.

“We improved our weakness and we push our strengths and then as a result, the base specification and performance is the same, but the trackside performance I believe we have been improving.”

These gains have come about through improvements in Honda’s understanding of how its power unit operates and how it tailors its performance to each track, said Tanabe.

“[Once] we understand our PU, ICE and ERS system, we go to a different track every time, so we simulate how to use the balance for ICE and electronic systems. So then we optimise the usage of the PU in terms of lap time.

“Current technical directives give us a little bit harder time. We need to run qualifying and the race in the same mode. So that type of stimulation. And then when we come to the track we run in the real-world and they update the that type of calibration to maximise our performance.”

Tanabe said scrutiny of the global positioning data teams use to infer details of their rivals’ engine performance proves the new power units introduced in France were not the source of the performance gain.

“Maybe [if] someone compares the GPS data from the first one and second one you easily can find out the gap between Mercedes, Ferrari, Renault and the Honda. That is the easiest way to find how Honda uses its PU from the beginning of the season.”