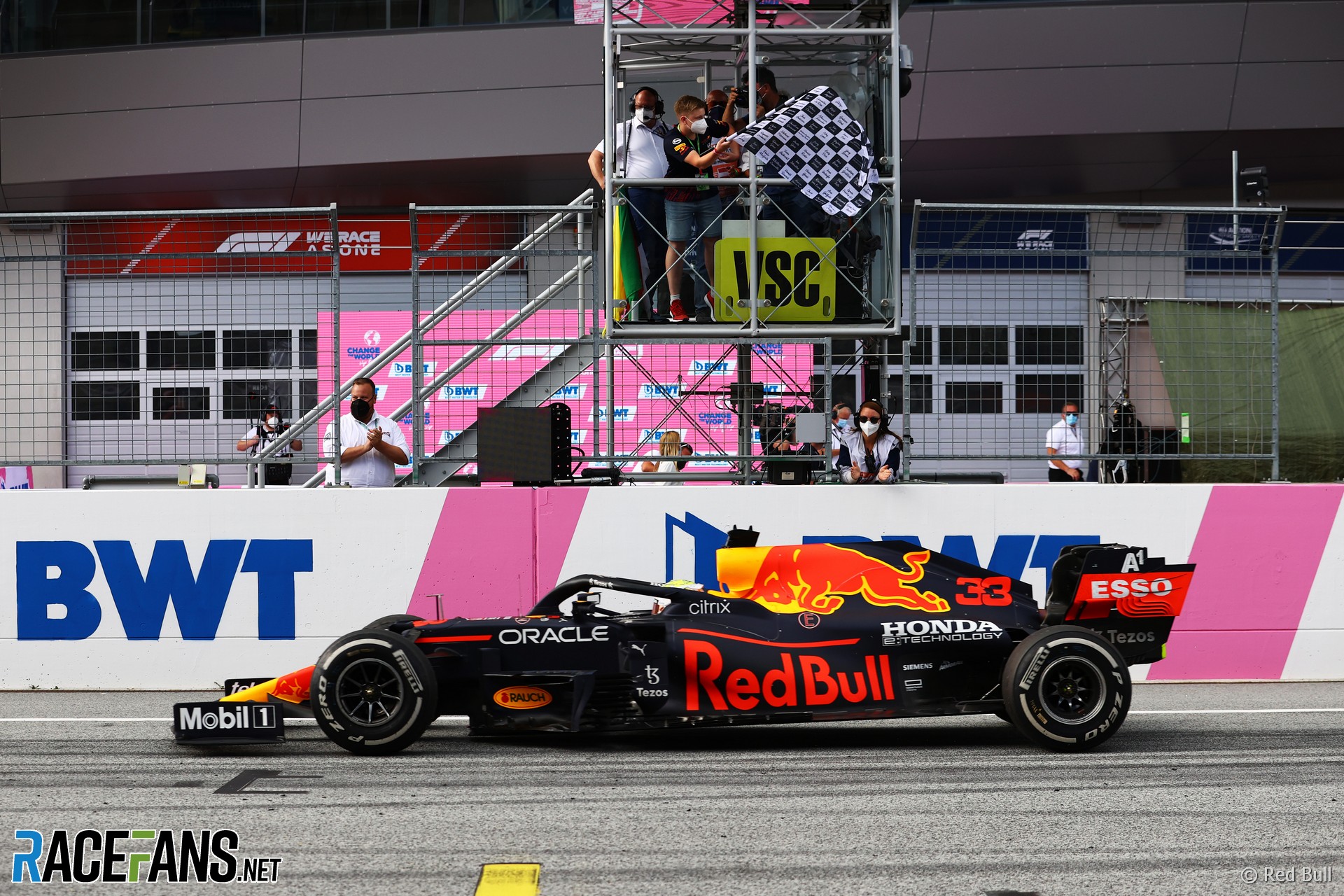 The post-race burnout Max Verstappen performed after the Styrian Grand Prix will not be allowed in future, the FIA’s race director Michael Masi has confirmed.

The Red Bull driver slowed to a stop on the pit straight as he finished the race and spun his rear wheels, performing a burn-out in front of his team.

However Masi took a dim view of the act and contacted Verstappen’s team “as soon as it happened” to warn them he must not do it again.

“It was not an ideal situation, which is why I spoke to the team immediately and told them accordingly that something that would not be tolerated in future,” said Masi.

Formula 1’s sporting regulations state drivers are permitted to celebrate after taking the chequered flag. Article 43.3 states: “the winning driver […] may perform an act of celebration before reaching parc fermé, provided any such act […] is performed safely and does not endanger other drivers or any officials.”

Masi may point to a previous incident at the Red Bull Ring as an example of how slowing at the finishing line can be dangerous.

In 2015 Nicholas Latifi ploughed into the stationary car of Roberto Merhi at the end of a Formula Renault 3.5 series race at the same circuit. Merhi, who was suspected to have slowed down in order to lay rubber at his grid position for the following race, was thrown out of the race weekend: