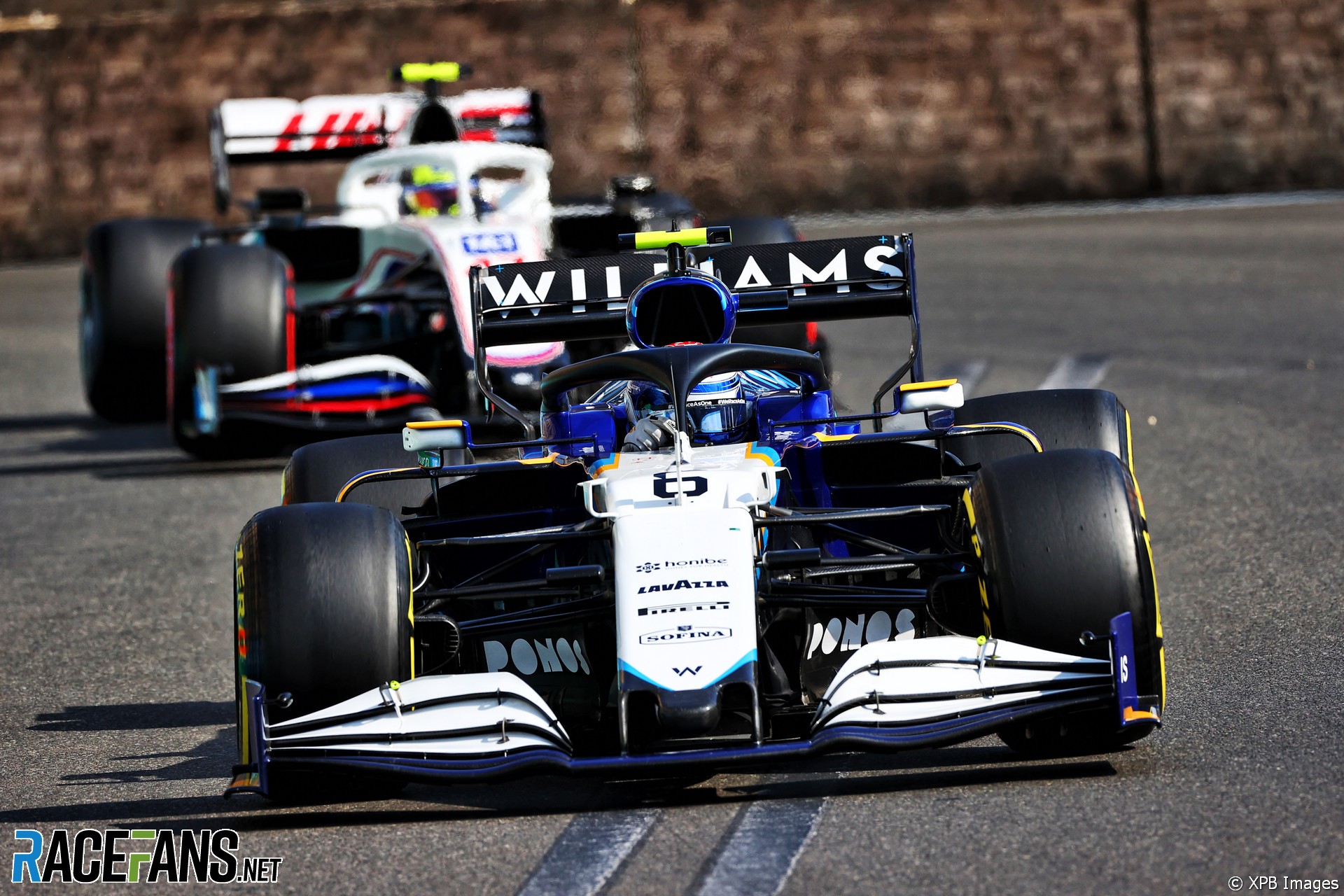 A frustrated Nicholas Latifi took the chequered flag in 13th place last weekend, but was relegated to 16th by a 10-second stop-and-go penalty.

His race engineer Gaetan Jego apologised for the error which led to the penalty, and cost Latifi what would have been his best finish of the season so far. The Williams driver was told to “stay out” after drivers had been told to drive through the pit lane during the Safety Car period following Max Verstappen’s crash.

Latifi understandably took this as an instruction not to enter the pits. His team had meant for him to come through the pits but not stop at their box. The stewards therefore slapped him with the penalty, which was served after the race, meaning 30 seconds were added to his race time.

“On the operational side, there were a few things where we needed to be sharper so it’s unfortunate,” Latifi rued after the race. But it wasn’t the only frustration he incurred in the race: Latifi was also at odds with his team over strategy and had to manage an engine problem. And, like many of his rivals, he was puzzled by some of race control’s calls in response to Verstappen and Lance Stroll‘s crashes, as these extracts from his team radio show.

“Is there a Safety Car?”

Latifi was one of several drivers who was shown Safety Car boards immediately after Stroll’s crash, well before it was deployed:

“It’s going to be dangerous to restart here”

Having switched from medium to hard tyres on lap nine, Williams clearly wanted to run Latifi to the end of the race on a one-stop strategy. But he was concerned he wouldn’t be able to warm his tyres up quickly enough after the first restart, and urged the team to pit him again.

Williams chose to leave him out, however. Seconds after he remarked “I really hope it doesn’t go green next time by” he was told the Safety Car was coming in. Latifi warned his team trying to restart on his worn rubber would be “dangerous”.

Williams fitted fresh Mercedes power units to both cars earlier in the weekend. George Russell experienced a problem with his during final practice, and had to switch back to his previous motor.

Latifi encountered an unspecified problem with his power unit during the race, and was told to back off twice per laps to reduce the strain on it:

When Verstappen crashed with five laps to go race control waited to deploy the Safety Car until every driver passed the crash scene, including Latifi in 15th place. He was one of several drivers to criticise the decision:

“You told me to stay out”

Once the Safety Car was deployed, all drivers were told to pass through the pits to avoid the debris-strewn crash scene. Following more confusion on the radio, Latifi did not come in, leading to his penalty:

“You can drive normally”

There was one piece of good news for Latifi prior to the restart, as he was told he no longer had to worry about his engine problem:

Latifi took the chequered flag, which was at least more than Russell managed to do following a gearbox problem: