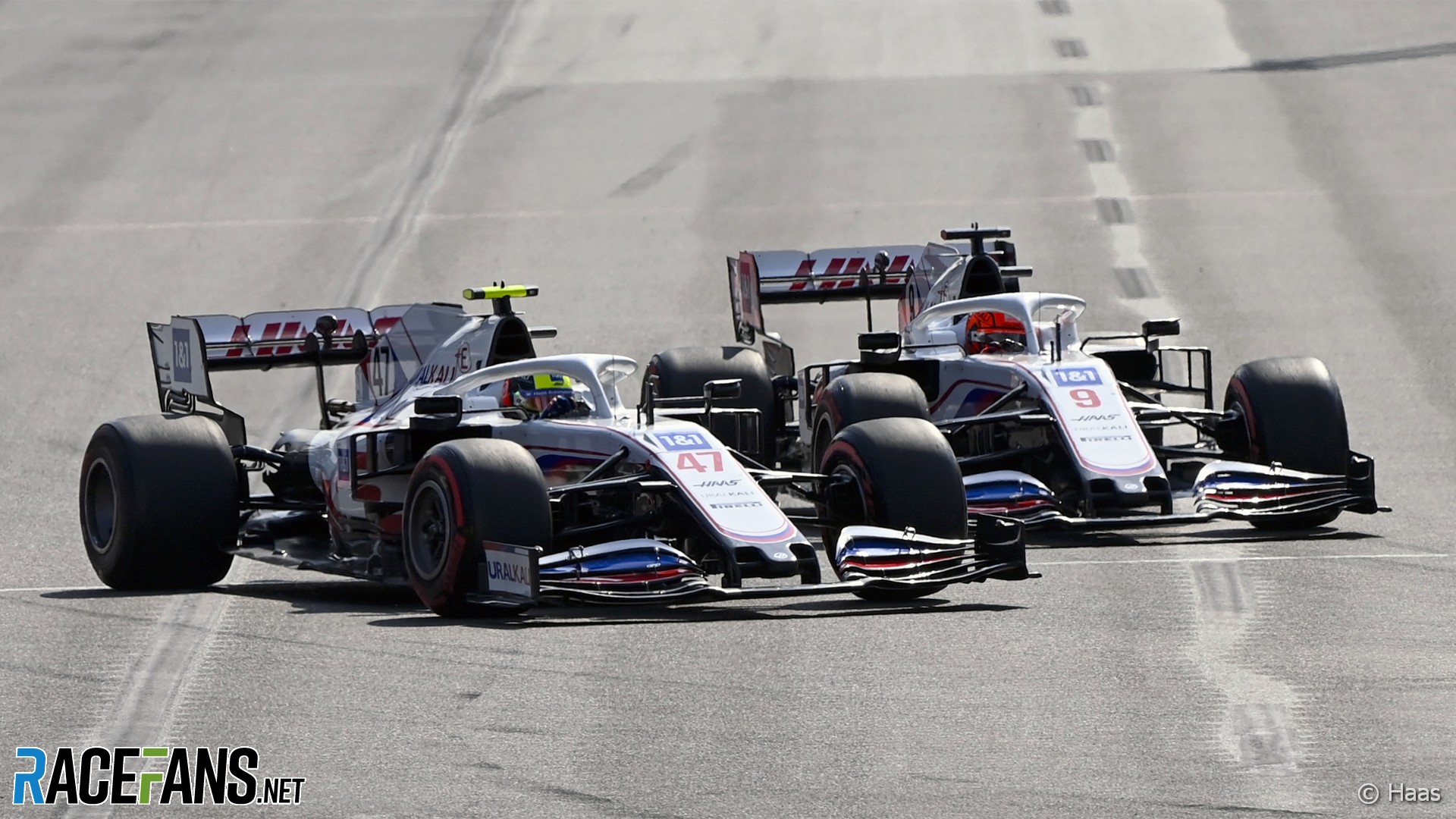 Mick Schumacher was furious with team mate Nikita Mazepin as the pair came close to colliding at 300kph as they sprinted towards the finishing line.

Mazepin admitted he was frustrated at being beaten to 12th place by his team mate. The pair crossed the line separated by just seven-hundredths of a second.

Schumacher’s onboard camera showed Mazepin weaved towards him as his team mate drew alongside as they accelerated from turn 20 towards the finishing line. Schumacher gesticulated angrily at Mazepin, then complained on his radio after crossing the finishing line.

“What the fuck was that, honestly?” exclaimed Schumacher on the radio. “Seriously, does he want to kill us?”

Mazepin said he was disappointed to lose the position as he didn’t have sufficient boost from his battery to outrun Schumacher to the line.

“The main thing was just I’m a little bit upset about losing my position to my team mate on the main straight,” he said. “I ran out of battery there so I was a bit of a sitting passenger. But it is what it is.”

The pair finished 12th and 13th, their best results of the season so far, which lifted Haas to ninth in the championship ahead of Williams.

“I think [it’s] a nice number for the team, but obviously some unexpected situations has happened with the other drivers which enabled us to get that position. But overall, it’s quite positive.”

Having spent much of the race behind Schumacher, Mazepin passed him after the restart with two laps remaining. He revealed he had to cope with a brake problem during the race, during which he went off at one point.

“The race itself was not bad,” he said. “Very annoying because certain things made us fall backwards.

“The pace was there but we were experimenting with something because I had to manage the brakes from the beginning because they were overheating. I had to change my brake bias and because of the change I then was very prone to locking and I almost drove into a wall which lost me a lot of time. But so many times the race was stopped and then come to life again.”

Update: FIA to look into the incident; Haas team principal Steiner says it was a “misunderstanding”

29 comments on ““Does he want to kill us” fumes Schumacher after beating Mazepin by 0.07s”