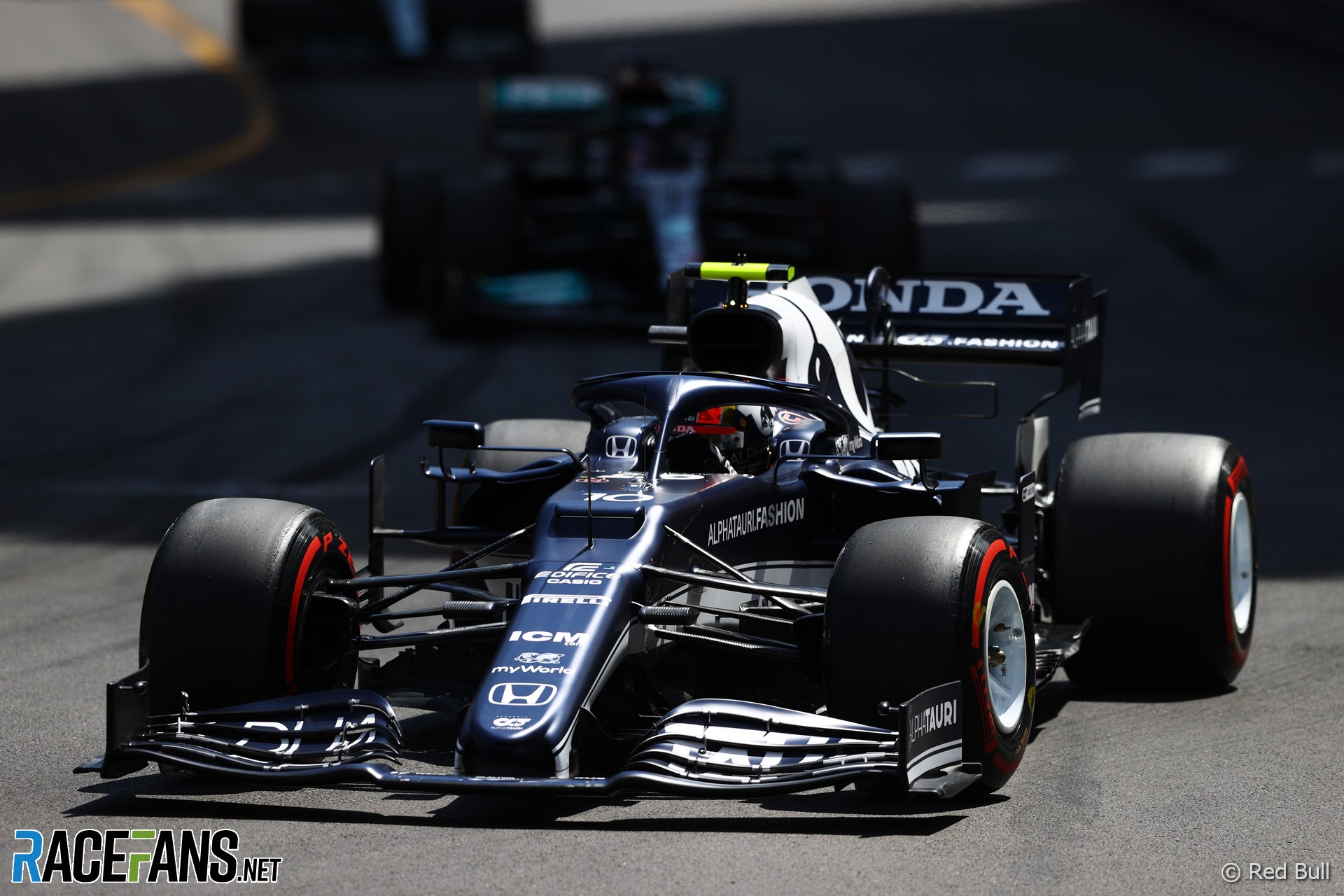 Sebastian Vettel said he knew his overtake on Pierre Gasly through Beau Rivage would be close – but didn’t realise just how close they came.

Vettel overtook Gasly as he left the pits and climbed uphill towards Massenet. Those watching the action on television were left frustrated as the director chose to cut away from one of few moments of wheel-to-wheel racing during the afternoon.

“I knew it would be close,” said Vettel. “But that close? It’s always difficult to foresee.

“I always had a bit of the nose ahead and I could see him, but not enough really to tell how much I was ahead. It was nearly side-by-side was only a quarter length of a car to half a car.

“And then it starts to go left, right. I guess he didn’t know if I saw him. So at some point he backed out of it. I gave him room, but I had fresh tyres. I went through the pick up as well. So not the most comfortable route.”

After retaining his position in front of Lewis Hamilton through his pit stop, Gasly said he had to prioritise finishing over risking a pass on Vettel. “It was either put us both in the harbour, or he was P5 and I was P6. And I’d rather score eight points than than zero.”

“Going up the hill, it’s not really straight,” Gasly explained. “If the car is two metres, he gave me two metres and two centimetres.”

The AlphaTauri driver reckoned he was only half a second away from keeping the position. “I think I missed maybe five tenths of a second going up the hill because I was side by side with him. If I’d been five tenths faster then I would have been better.

“In the out-lap I had Lewis right behind. I had to defend, I had very poor grip, we struggled with the out-laps all weekend. So it’s something we need to review. And we had a blue flag, lost a bit of time there.

“So you always find a bit of something. But generally our pace with the hard was not as good as with the C5 [soft]. So still things to review how we could have done better. But we kept one Mercedes behind which is a very strong performance from us.”

Vettel, who came out of the scrap to finish fifth, drew satisfaction from their brief battle in an otherwise processional race.

“I enjoyed it because that’s the time when it when it matters,” he said. “The first 10 laps was quite boring, Sergio [Perez] pushed in the beginning, but no threat, really and then he backed off to save his tyres.

“I knew that those laps before the pits would be the crucial ones and that turned out to be [the case]. So I just enjoyed the fact that I was on top of the car and could push when I had to and knew how the car will respond.”