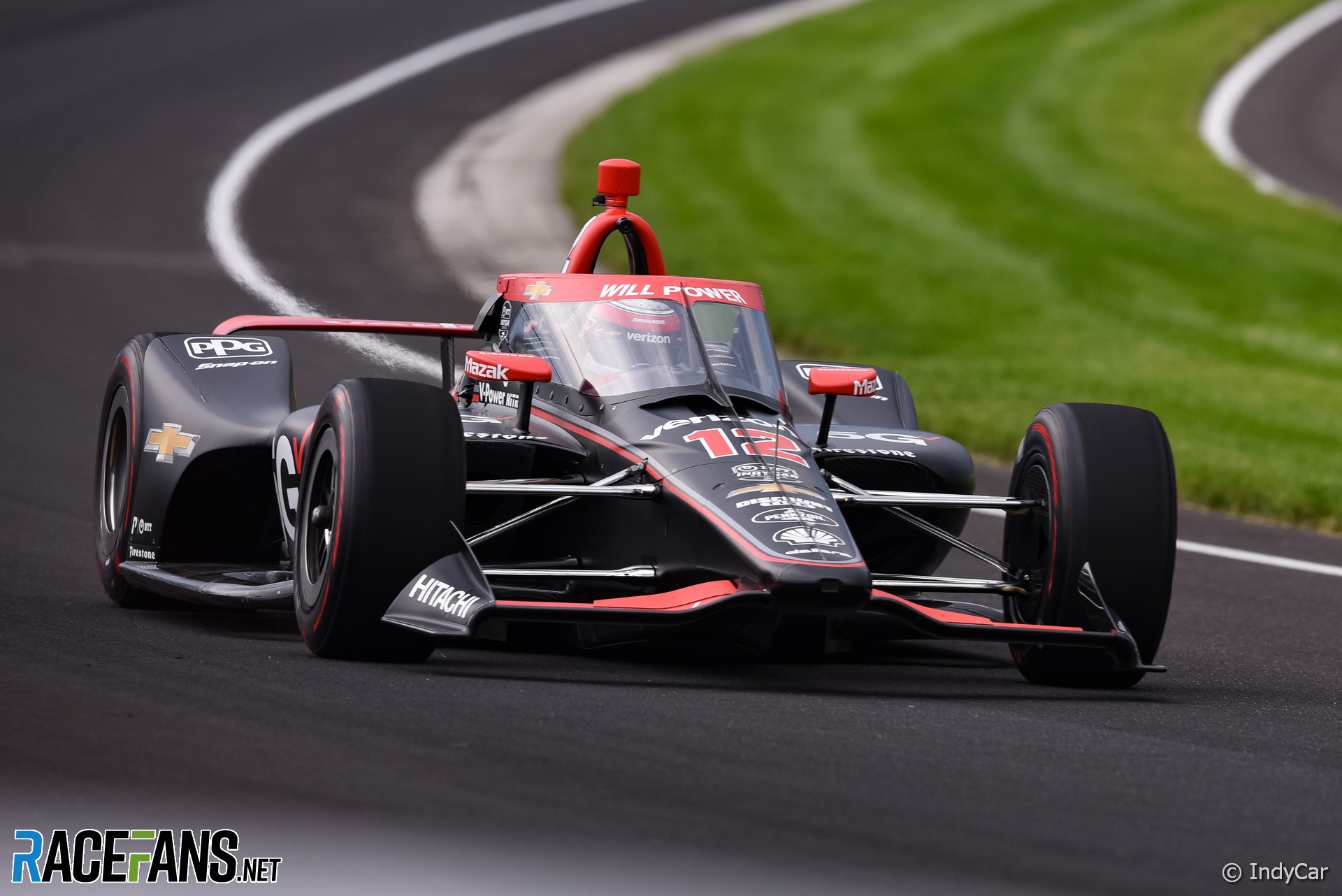 The first day of time trials to set the field for the 105th running of the Indianapolis 500 created drama – and some confusion in the final minutes – as 2018 race winner Will Power of Team Penske headlines the list of five drivers who will have to re-qualify in order to secure one of just three remaining spots on the 11th row tomorrow.

Power will join Simona de Silvestro, driving for the Penske-supported upstart Paretta Autosport, in the Last Row qualifying shootout – and veterans Charlie Kimball, Sage Karam, and rookie RC Enerson. All five drivers will have multiple attempts to qualify during a 75-minute session which begins at 1:15pm local time, with the slowest two drivers being bumped from the starting field of 33.

The tense final minutes of qualifying saw Canadian sophomore Dalton Kellett hold on to the 30th and final guaranteed grid position of the day, shortly after Power attempted to bump his way back into the top 30 with a four-lap average qualifying speed of 229.228 mph, just short of Kellett’s run of 229.250 mph. In the final five minutes, Kellett made one more run, withdrawing his initial run to requalify with an average of 228.323 mph.

However, because Kellett was already classified in 30th position at the time that he attempted to re-qualify, he will hold onto his position on the outside of the tenth row, despite clocking in with an average that was slower than the fastest runs of Power, Kimball, Karam, and De Silvestro, who were all outside the top 30 at the time they made their final attempts to qualify.

On the opposite end of the field, six-time and defending IndyCar champion – and 2008 Indy 500 winner – Scott Dixon set the benchmark right from the start of time trials. His four-lap average of 231.827 mph was not surpassed over the next six hours, securing a position in the Fast Nine Shootout to determine the pole position for next Sunday’s Indy 500, where all nine drivers will have one attempt to set the fastest four-lap average and secure pole, beginning from 3pm local time.

Also joining Dixon are his three Chip Ganassi Racing team mates; 2013 winner Tony Kanaan, Marcus Ericsson, and Alex Palou – who crashed at turn two during the third lap of his second qualifying run. Palou was uninjured, but did not return to the track for the remainder of the afternoon as his crew began working to repair his primary car.

Pietro Fittipaldi was the fastest rookie in the field with a 13th place result, faster than 17th place Scott McLaughlin, who ended the day as the fastest of four Team Penske drivers. Josef Newgarden and 2019 Indy winner Simon Pagenaud qualified 21st and 26th, respectively.

Drivers not yet qualified