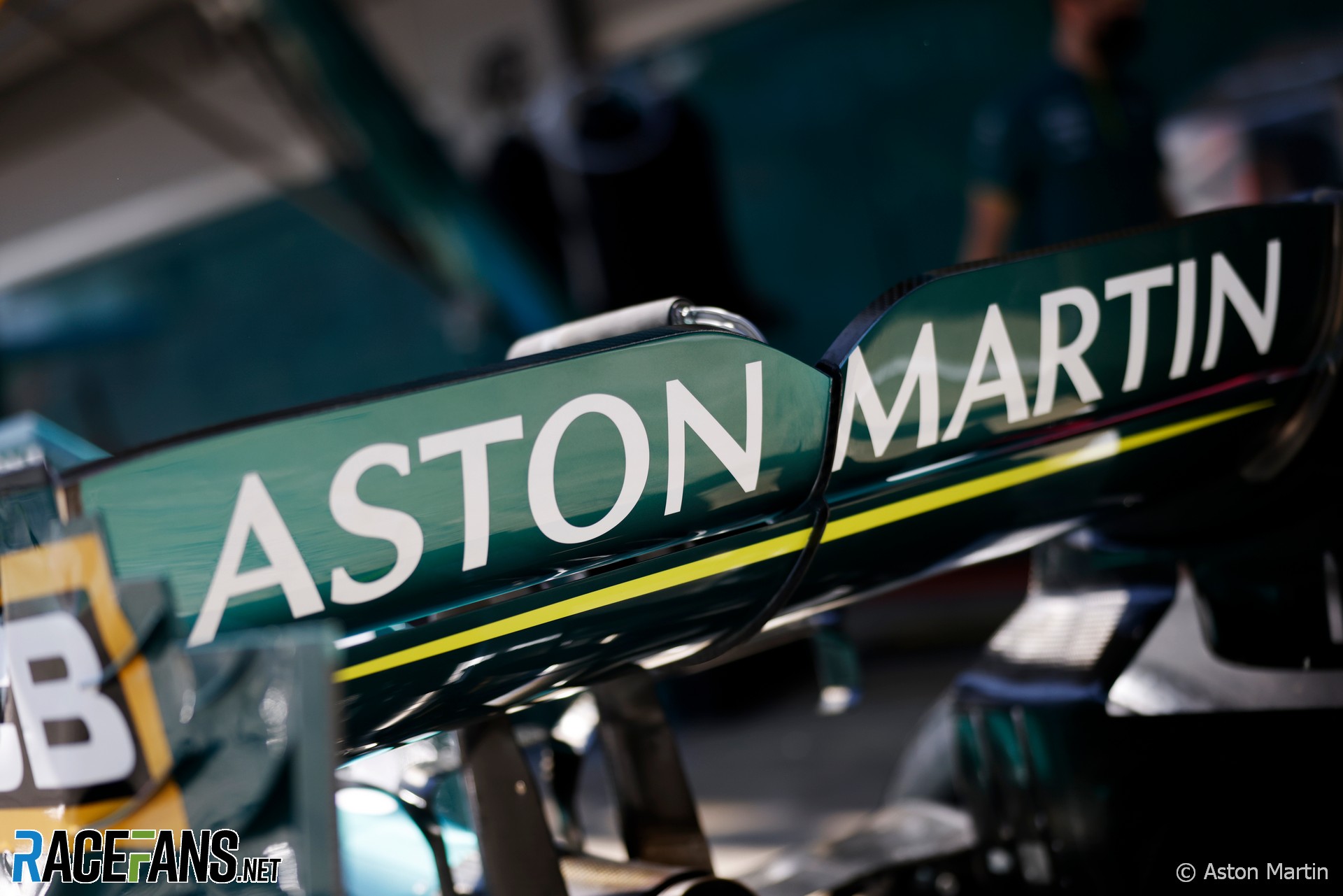 Formula 1 rejected proposals to reduce the speed of cars this year which would have affected the teams more equally than the method which was chosen, Aston Martin has claimed.

The team believes it has suffered more than most of its rivals as a result of new aerodynamic regulations which were introduced for the 2021 F1 season. The changes were brought in to slow the cars in order to prevent a repeat of the tyre blow-outs seen at some races last year, notably the British Grand Prix.

The team’s CEO Otmar Szafnauer believes the changes to the rear of the cars which were mandated for this season have disadvantaged teams such as his and Mercedes who run lower rake angles than their rivals.

Szafnauer said his team lobbied for different regulations changes last year which he believes would have had a similar effect on all 10 competitors.

“We objected on the basis that [the rules] were more favourable to high-rake cars,” the explained. “We objected to that and then proposed other regulations which would be more equal.”

Teams had to make changes to their rear floors, diffusers and brake ducts to comply with the new rules. Aston Martin proposed more limited changes and an alteration to rear wings was also considered but rejected, said Szafnauer.

“We proposed to not have the second changes made. The changes came in succession and we thought the first change that was applied was enough to slow the cars. So we suggested to just keep it there.

“But there are other solutions that were proposed, and not by us. Early on reducing the rear wing size [was proposed]. That would have affected everybody equally, but that wasn’t chosen.”

Aston Martin, which competed as Racing Point last year, previously ran a high rake angle on their car but changed at the beginning of 2020. The performance of the 2021 cars over the opening three races of the season makes it clear the low-rake designs have been disadvantaged more than others, Szafnauer believes.

“So we’ve got the ability internally through both CFD and doing tunnel runs, as well as the experience of both, to have a look at the changes and be able to determine if it is more detrimental to one philosophy than the other. Which is exactly what we did and exactly what we brought up in August of last year and we, I think, were proven correct.”

“If you just look at the last race, without the pit stops for Mercedes, for example, I think Lewis was 34 seconds ahead of Max at last year’s Portimao, and had they not had the pit stops at the end to try to get the fastest lap I think this year there was four seconds in it. So they lost 30 seconds in one race to a Red Bull.

“And we too, if you look at our times where we finished, we too were about 30 seconds behind where we were last year. Look at the first three races, look at both qualifying as well as race results.”

Szafnauer has previously said Aston Martin would push for further rules changes this year, but later announced he was “satisfied” with how the regulations changed was handled.

“We had good discussions with the FIA to understand the process and how we got to where we got to,” he said today. “The discussions have almost come to an end. I think we made good progress to have an understanding of what transpired.