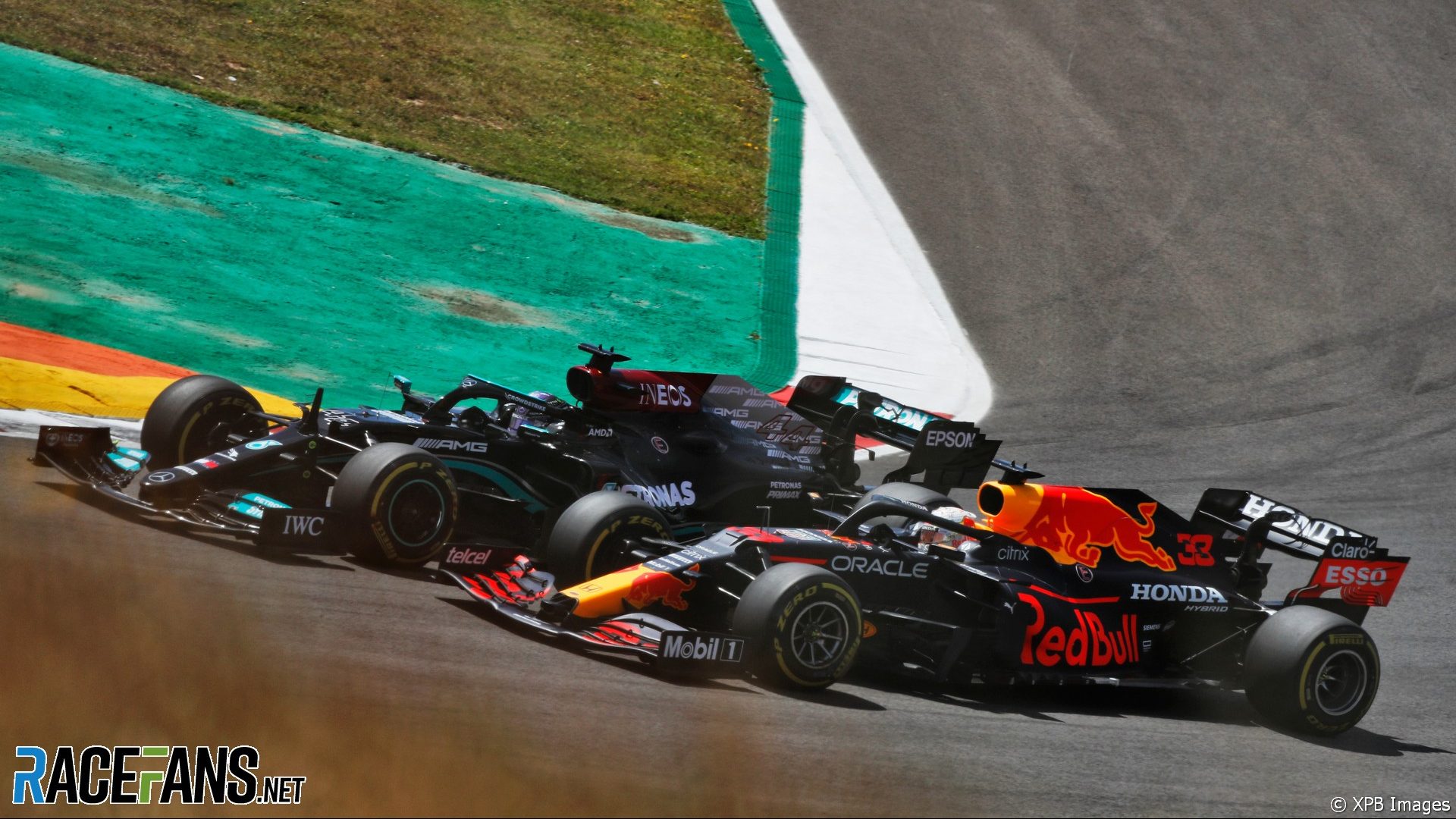 Lewis Hamilton’s ability to execute overtaking moves cleanly and quickly during the Portuguese Grand Prix gave him a tyre advantage, according to his team.

The Mercedes driver passed title rival Max Verstappen and team mate Valtteri Bottas on his way to victory at the Autodromo do Algarve last weekend. But he also managed to keep his medium compound tyres working at their best for longer than Bottas, and a gap opened up between them towards the end of the first stint.

Mercedes head of trackside operations Andrew Shovlin said Hamilton’s patience while waiting for an opportunity to pass meant he kept his tyres in good shape.

“Lewis is very good at overtaking,” said Shovlin. “He seems to know where to position the car building up to it.

“He also often doesn’t keep trying lap after lap. He’ll just sit there and then takes the opportunity.

“But his feel for the tyres, I think, is the key to how he manages to sit there and not overheat them and look after them. He’s got the same tyres as everyone else and you damage them by getting them hot, by sliding them. So the key to it is just keeping them cool and managing the sliding. I think he’s just better at it than the others.”

After being overtaken by Verstappen during the restart Hamilton reined in any frustration he felt and resisted the urge to strike back immediately at his rival, Shovlin explained.

“To be honest you never really know with Lewis because I think he was a bit frustrated with himself at the Safety Car restart. And then, a bit like last year, he seemed fairly calm and collected and wasn’t really talking to us at that point.

“I don’t know how confident he was that he could retain position. But the thing here was that you saw as soon as anyone has any kind of a moment in [turn] 14, they become vulnerable. And it is a relatively easy track to overtake [at]. If you can get within seven tenths then you’re in with a shout.

“So as it happens it sort of felt like if he hadn’t done it that time, we’d have had a few goes and would have eventually made it through. So Lewis seem pretty relaxed about dropping to that position.”

After the race Hamilton explained why he dropped back from Verstappen after being passed by the Red Bull, then closed in again to make his move.

“Max was super-fast on that restart and there was a moment I think we were all very, very close,” he said. “I fell back, maybe a second or something like that and I needed to get closer but for a moment there was far too big a gap.

“I wasn’t in the DRS, and I just had to gather my thoughts and made a couple of tweaks in terms of how I was driving and then start on the attack again. Once I did, obviously I got closer.

“Max, I think, had a small mistake which then put me in a nice position out of turn five and then I just needed to keep that gap through the rest of the lap and that was where I was able to get past him.

“Then, after that, I was just focussing on bridging the gap between myself and Valtteri, who was very quick out of the last corner. ”

Hamilton was reluctant to expand on his treatment of his tyres, but indicated he prioritised ensuring they were in the best possible shape for the race.

“I guess it’s just knowledge of the tyres, really, and knowing which ones you can lean on and where you can… I can’t really say too much, to be honest.

“I think everyone was pushing and did great on their tyres. I just managed to get the balance pretty sweet, better for the race than it was for qualifying.”