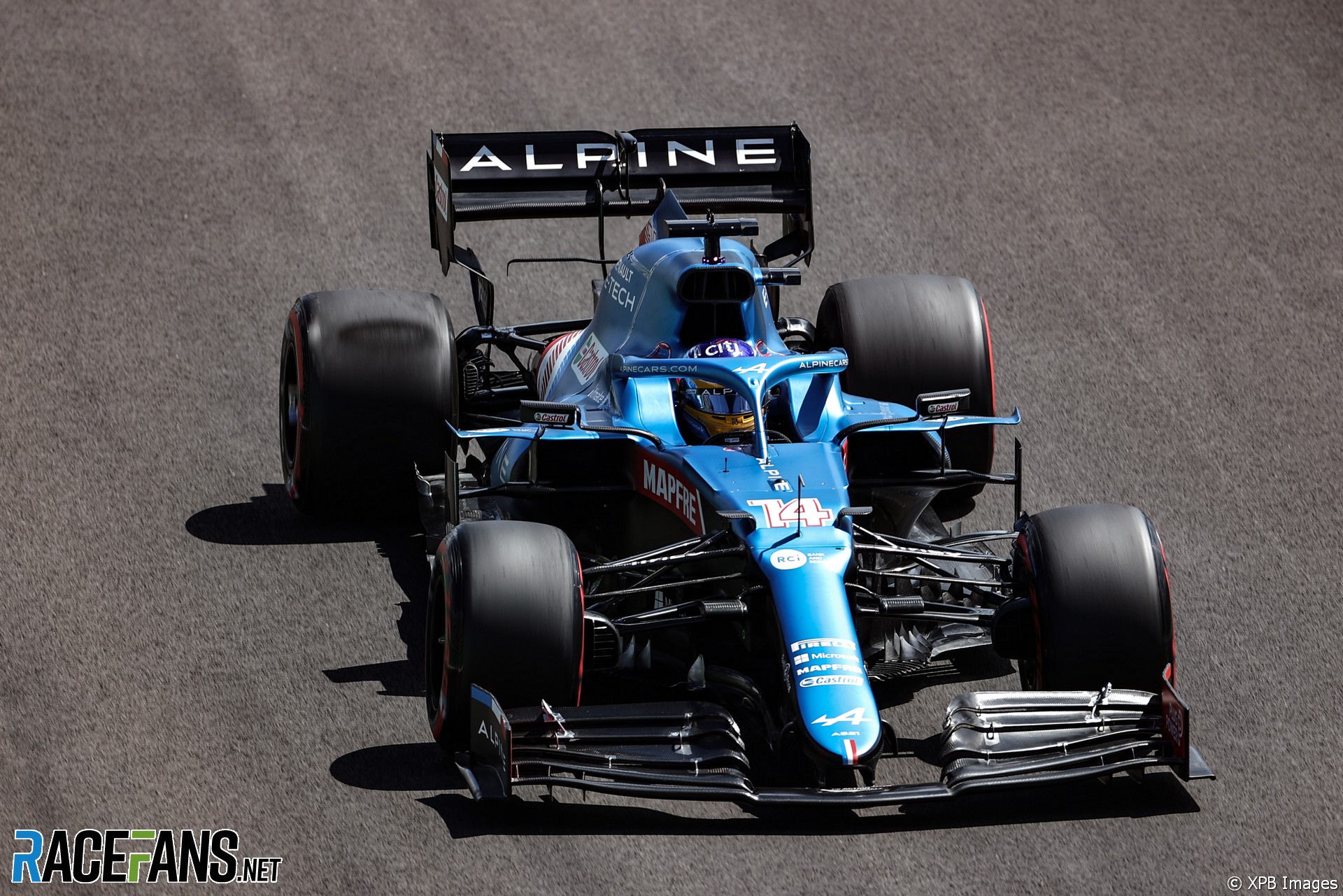 Fernando Alonso says he has a chance of fighting up through the field during the Portuguese Grand Prix despite his disappointing qualifying position.

After showing promising pace in practice, the Alpine driver was eliminated in Q2 in 13th. Team mate Esteban Ocon took sixth on the grid.

Alonso could offer no explanation for why he lost confidence in his car between final practice and qualifying but says he “really doesn’t care” about his disappointing Saturday as he looks to move forward in the race.

“I don’t think that I had the pace, even in the first run in Q1,” said Alonso on Saturday evening.

“We don’t know why. If we knew, it would be very easy. We need to study a little bit more. The cars are still in parc ferme, they didn’t get to the garage yet. We need to see if there is any aero performance to find there, if there is any tyre preparation that we did differently between qualifying for free practice or whatever.

“But I really don’t care too much about the qualifying position. The race is tomorrow. We could be happy on Saturdays and not on Sundays and I prefer to take the points tomorrow.”

As the third race weekend since coming out of retirement, Alonso says that he is taking a lot of positives from how his car has felt for most of the weekend so far.

“The car was very good,” Alonso explained. “We didn’t change many things on the car from FP1 until qualifying because we felt comfortable straight away in the first run in FP1.

“As I said, the grip level in qualifying was strangely poor. But the race is tomorrow. And to start with the free choice of tyre or to start at the end of the top 10 – it’s difficult to find sometimes which one is the best in terms of points at the end of the race. So let’s hope that tomorrow is one of those days that is better to be out of the top ten in a way.”

Alonso sees no reason why he should not be able to make his way through the field during today’s race.

“Let’s see how the strategy plays out,” he said. “I think we need to check what is the best one in terms of starting tyre and then the pit stop time.

“But we’ve been as quick as Ferrari and McLaren this weekend for whatever reason. So why don’t we have a chance tomorrow? Except for maybe Leclerc, it’s a little bit more difficult because he starts with a medium tyre. But all the others are possible.”