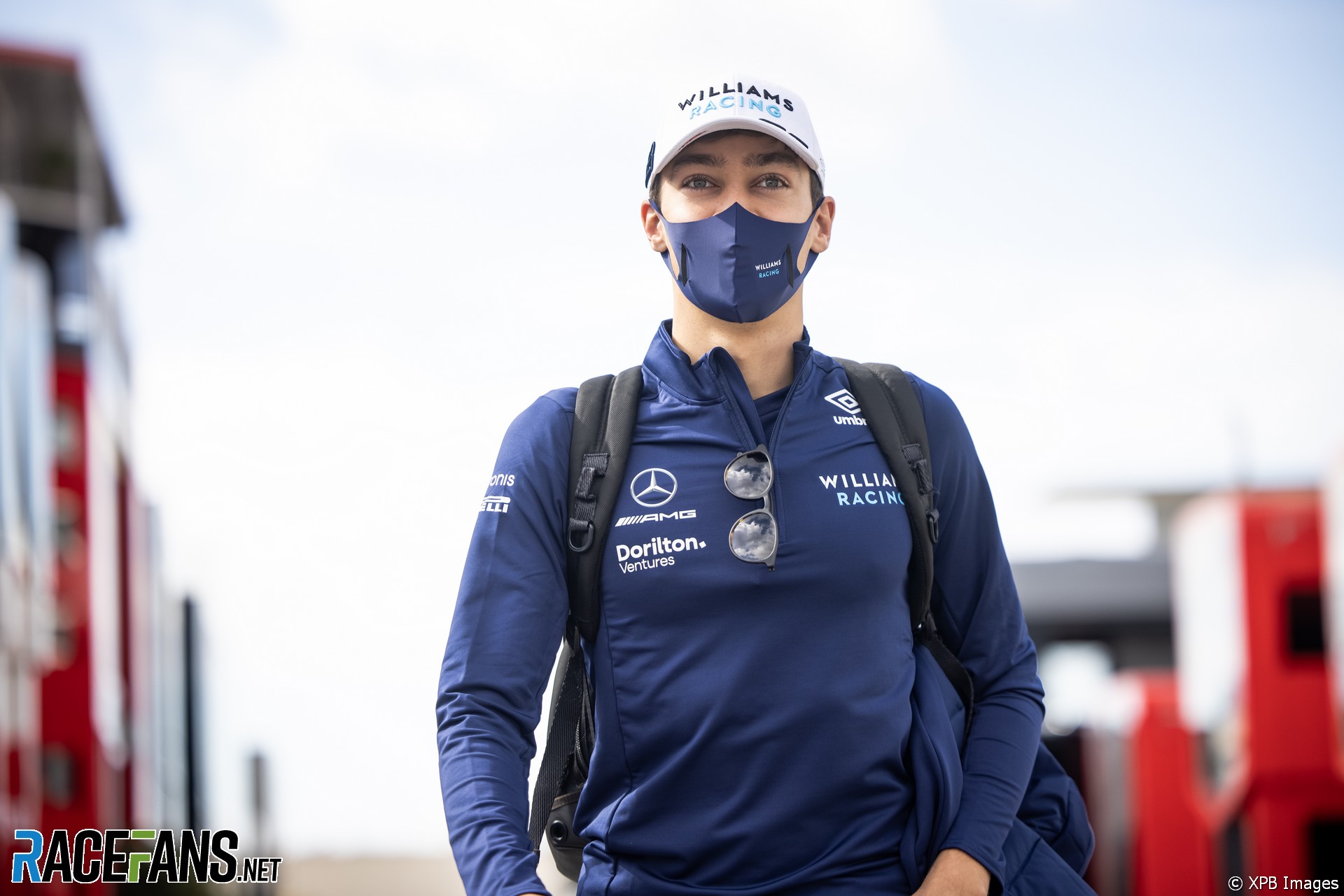 George Russell says he will consider Mercedes drivers as much his team mates as fellow Williams driver Nicholas Latifi following his Imola crash, but insisted no rules of engagement between them have been drawn up.

The Williams driver tangled with Valtteri Bottas while trying to pass the Mercedes for ninth place in the Emilia-Romanga Grand Prix. The resulting crash put both drivers out.

Russell, a Mercedes junior driver, said he had spoken “extensively” with Mercedes team CEO Toto Wolff since the crash at Imola. “But the contents of that will remain private.”

“He’s been very supportive, very constructive,” Russell continued. “Our relationship has not been damaged at all following the incident, if anything quite the opposite.

“Likewise everybody at Williams, they’ve been incredibly supportive, they want me to attack those opportunities. We are proud to have been in that position. We were in 10th position fighting for points on merit.”

Russell said his move on Bottas had been an “audacious attempt” at a pass. “I got it perhaps wrong on that occasion because ultimately it ended my race and the race for our team and missing out on points.” He intends to be more circumspect when racing the two Mercedes drivers, Bottas and Lewis Hamilton, in future.

“I think first if we find ourselves fighting a Mercedes again we’ll be doing a very good job and be in a very good position. So hopefully we do find ourselves in that circumstance,” he said. “But definitely there’s no rules of engagement. It’s just a bit more common sense.

“As a driver, you never go into any incident planning to crash and end your race. And certainly not with a team mate.

“Lewis and Valtteri are team mates to me as Nicholas is a team mate to me. Number one rule as a racing driver: you don’t crash with your team mates. So that’s behind us now, we live and learn and we will move on.”