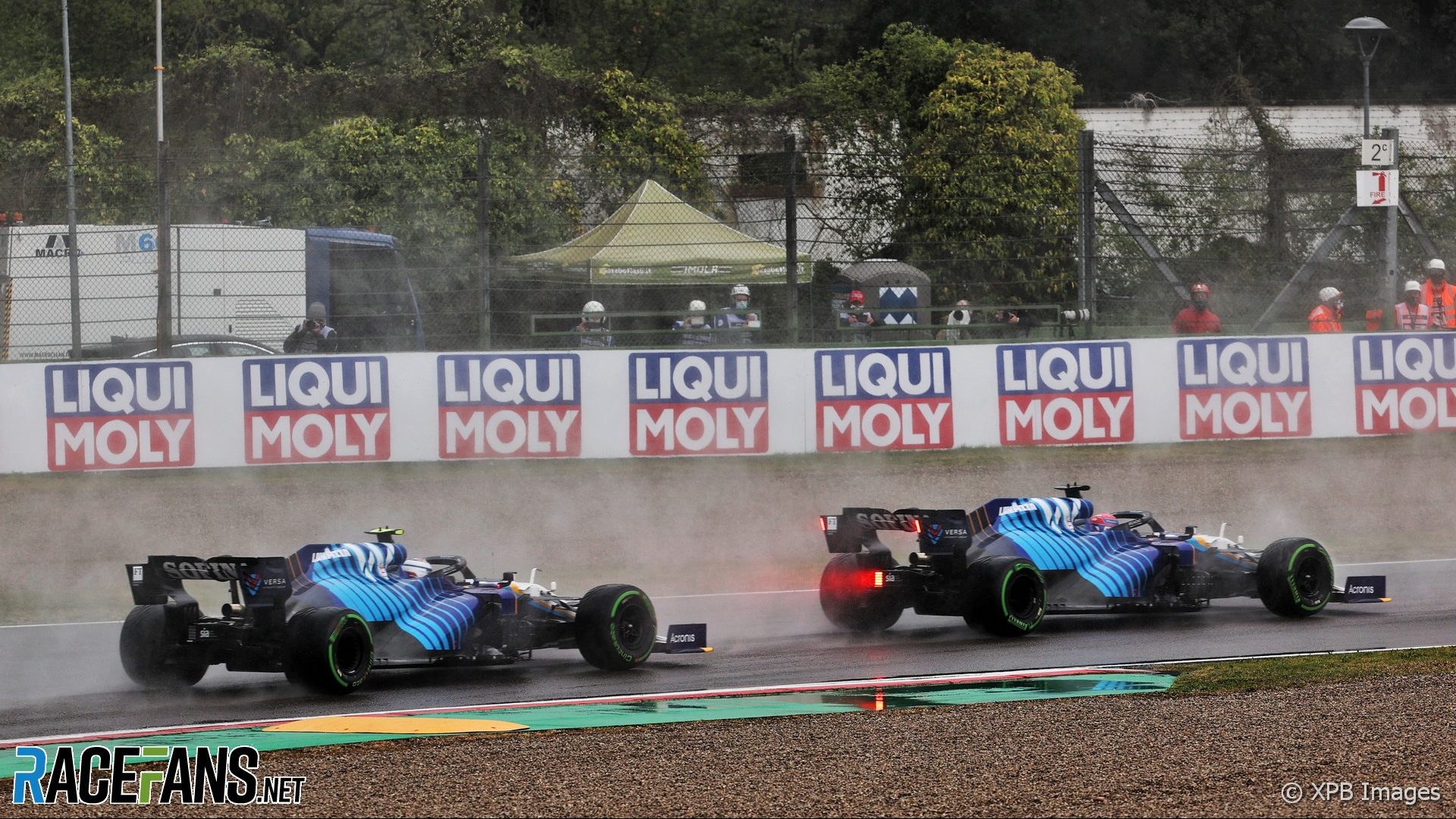 Williams’ head of vehicle performance Dave Robson said the team left Imola with “mixed feelings” after an improved qualifying performance yielded no points as both drivers crashed out of the race.

George Russell and Nicholas Latifi both reached Q2 on Saturday, something Williams only achieved once last year.

“Both drivers have been really good right from the off,” said Robson. “Nicky was very quick on Friday. Qualifying couldn’t look a lot better. Obviously, Tsunoda made a mistake, which was a gift for us, but otherwise all the places we got were achieved on merit.”

Russell was running inside the top 10 when his race ended in a high-speed collision with Mercedes’ Valtteri Bottas. “Today we really thought we had a good chance to score some points,” Robson admitted.

“The mixed conditions obviously at the start were not really ideal, but actually I think we took them in our stride, we made some good decisions. Then to finish with nothing is obviously deeply frustrating.

“I suppose one of the positives is the car was the pace, was good. At least George, the accident came as a result of us attacking, and of all the cars to attack, it was the MGP, which is not something we’ve been able to do for a long time.”

Mercedes team principal Toto Wolff said Russell, one of their junior drivers, should not have attempted the pass on Bottas. However Robson said Russell was within his right to attempt the pass.

“We had the slicks a couple of laps longer than the Valtteri so I think we had them in a good window, the grip was good, more than Valtteri had, I think. And we had a good straight-line speed and DRS had just been activated so George had a really good chance to get past him and he took it, rightly so.

“Then I think he just touched the white line which in those conditions was still a bit slippery and at that speed unfortunately that was the end, the spin and into Valtteri’s car.”

Russell’s retirement ended Williams’ race, as Latifi had already gone out in a first-lap collision with Nikita Mazepin.

“Conditions were definitely tough out there,” said Robson. “It’s a bit strange to have quite a lot of standing water and difficult wet conditions in a few corners and other parts of the track actually quite dry.

“I think it was just a small misjudgement on his part caused him to spin and then he thought he was rejoining a clear track and the whole of the pack had gone past, had a bit of contact with a Haas and that was him in the wall, unfortunately. It’s just a real shame.”