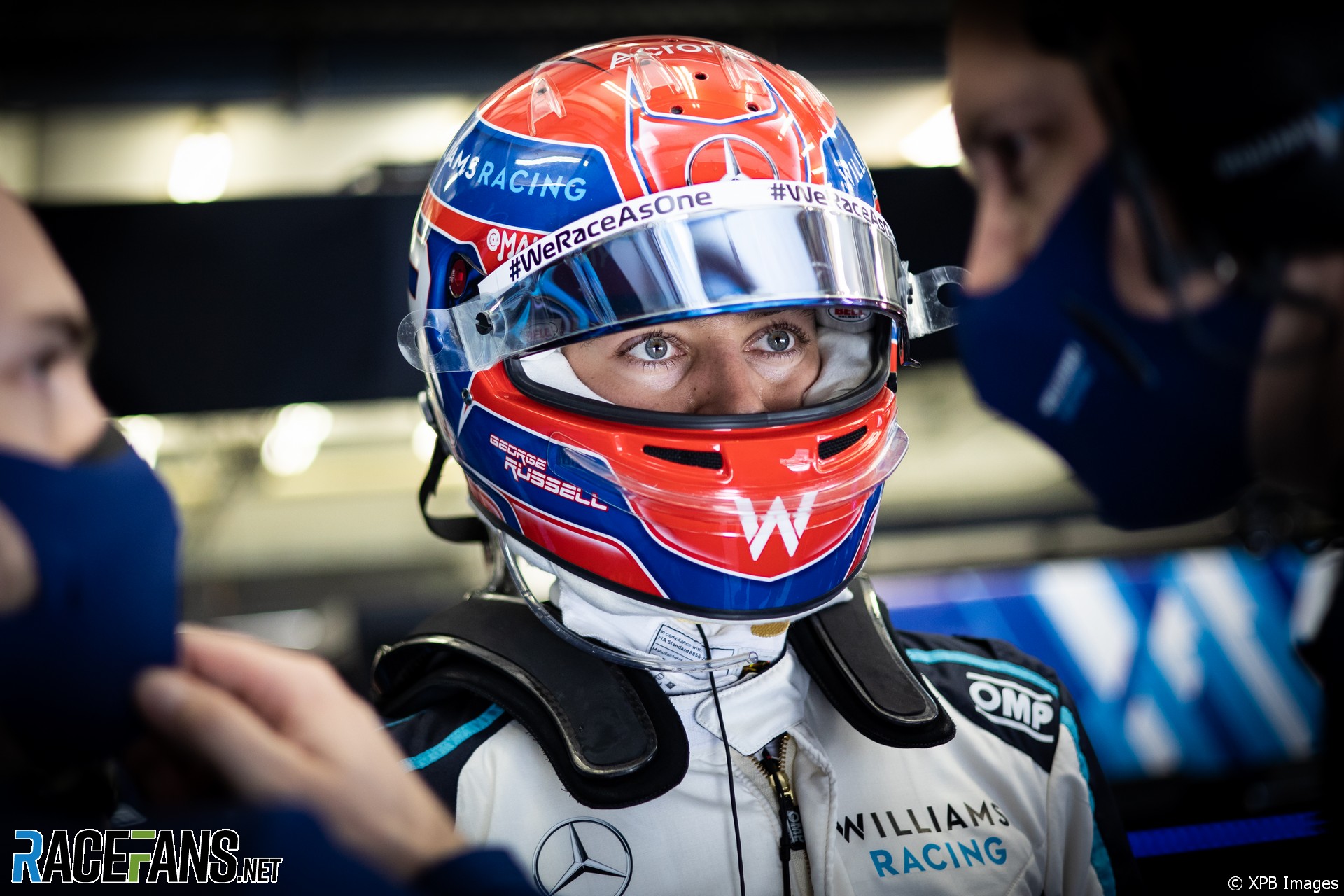 George Russell has publicly apologised to Valtteri Bottas and his team for the crash involving the pair at Imola yesterday, and his reaction to it.

The Williams driver and Mercedes junior team member furiously criticised Bottas after the pair made contact at high speed during the Emilia-Romagna Grand Prix, leading to a major crash which put both drivers out of the race.

Russell, who has been tipped as a potential replacement for Bottas at Mercedes next year, was seen confronting his rival and tapping Bottas’ crash helmet after the collision.

He later said he had asked Bottas “if he was trying to kill us both”. Russell also accused Bottas of breaking a gentlemen’s agreement by moving towards his car as he drew alongside, and suggested the Mercedes driver wouldn’t have done the same against another rival.

On Monday he issued an apology for his actions on social media. “Yesterday wasn’t my proudest day,” he said.

“I knew it would be one of our best opportunities to score points this season and, when those points matter as much as they do to us right now, sometimes you take risks. It didn’t pay off and I have to take responsibility for that.

“Having had time to reflect on what happened afterwards, I know I should have handled the whole situation better. Emotions can run high in the heat of the moment and yesterday mine got the better of me.

“I’ve learned some tough lessons this weekend and will come out of this a better driver and a better person for the experience. Now it’s full focus on Portugal and a chance to show what I’m really about. Thanks for all the messages, both positive and negative. They will all help me to grow.”

Mercedes team principal Toto Wolff said both drivers bore some responsibility for the collision, but criticised Russell for making an “aggressive” move on a Mercedes car. However Formula 1 motorsport director Ross Brawn sided with Russell, saying Bottas had left him “nowhere to go” prior to the contact between the pair.

91 comments on “Russell apologises to Bottas: “I should have handled the whole situation better””