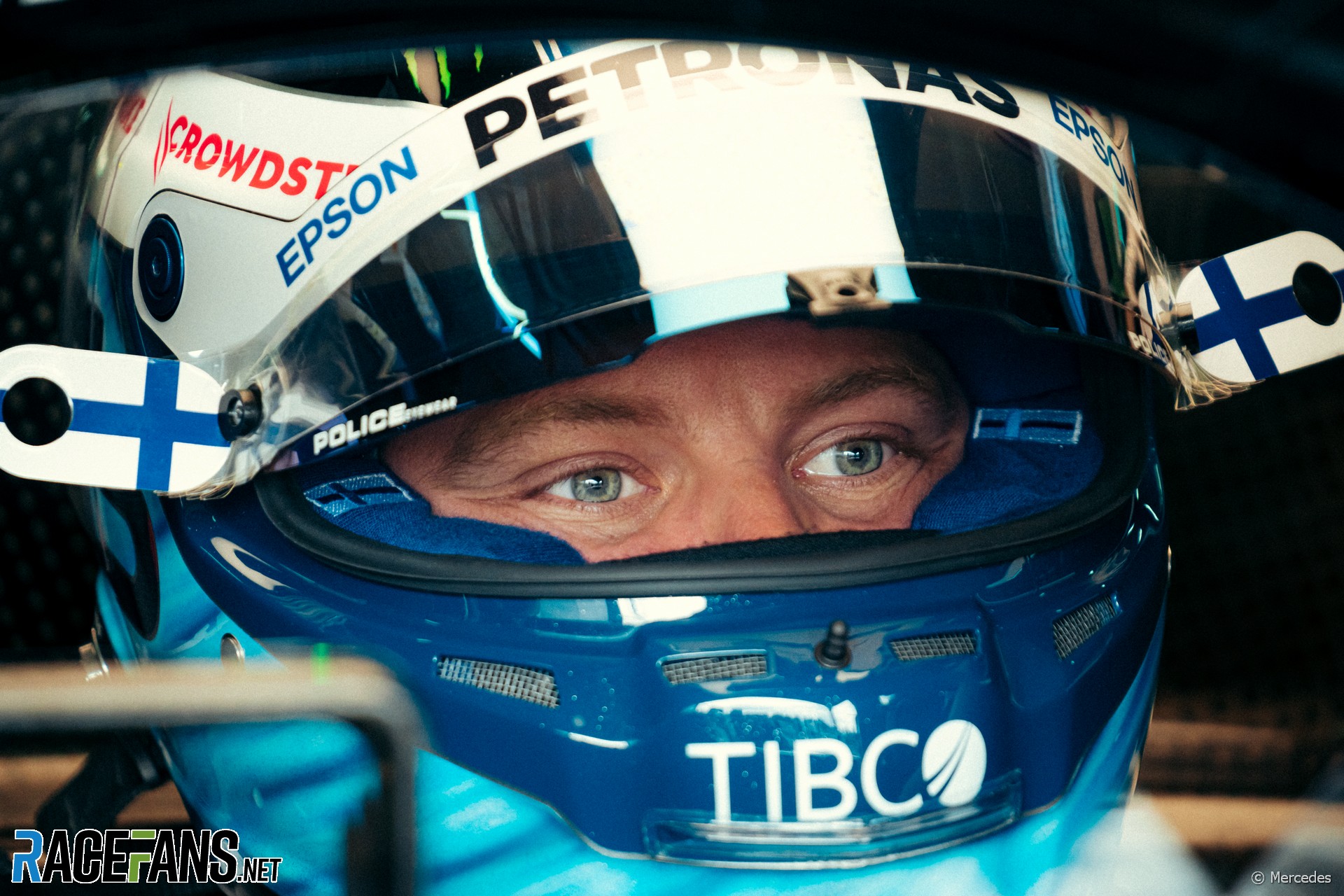 Valtteri Bottas rejected George Russell’s insistence he was to blame for their crash in the Emilia-Romagna Grand Prix.

The pair were fighting for ninth position on lap 31, Russell trying to overtake Bottas on the run to Tamburello. As Russell drew alongside he touched the grass and spun into Bottas, sending him straight into the guardrail that ran down the straight before both ended their races in the gravel.

Russell said Bottas pushed him ”onto the wet patch” off the track surface. He confronted Bottas at the scene of the crash, saying afterwards he asked Bottas “if he was trying to kill us both”.

Bottas dismissed Russell’s claim he caused the collision by jinking towards him as he passed.

“I don’t see it that way at all. I didn’t make any sudden moves,” Bottas said. “I think it’s quite clear from his onboard as well, I always left the space.

“From my side, it was clean, and of course I’m defending, I’m not going to make any room for him. But also when I race, I have respect. So I see it differently than him.”

Russell suggested Bottas had not given him ample respect on the track. “We’re going at 200 miles an hour, you need to respect the speed and the conditions,” the Williams driver said.

Bottas insisted he drove according to the rules. “I was obviously defending my position,” he said. “I think he had stopped two laps earlier, so he got his tyres warm already,” Bottas explained. “And I was struggling with the warm-up.

“I knew in that place it’s quite tricky to overtake, so I tried to make sure that I don’t make space for him, but also ensure that I had at least one car’s width of space by the regulations. He went for it and lost it and hit me, and it was game over.”

The stewards ruled neither driver was to blame and took no action over the incident.

Mercedes fear the crash could mean Bottas needs a replacement chassis for the Portuguese Grand Prix in two weeks’ time. Team principal Toto Wolff said Mercedes-contracted Williams driver Russell’s attempted overtake was “was too aggressive considering that it was a Mercedes” he was up against.

Bottas revealed that Wolff would be “going to probably speak with [Russell] at some point as well” about the crash. Russell is widely considered in the paddock to be in the running for a 2022 Mercedes seat after standing in for Lewis Hamilton during last year’s Sakhir Grand Prix and putting in a starring performance before returning to Williams for a third season.

66 comments on ““When I race, I have respect”: Bottas rejects Russell’s claim he caused crash”