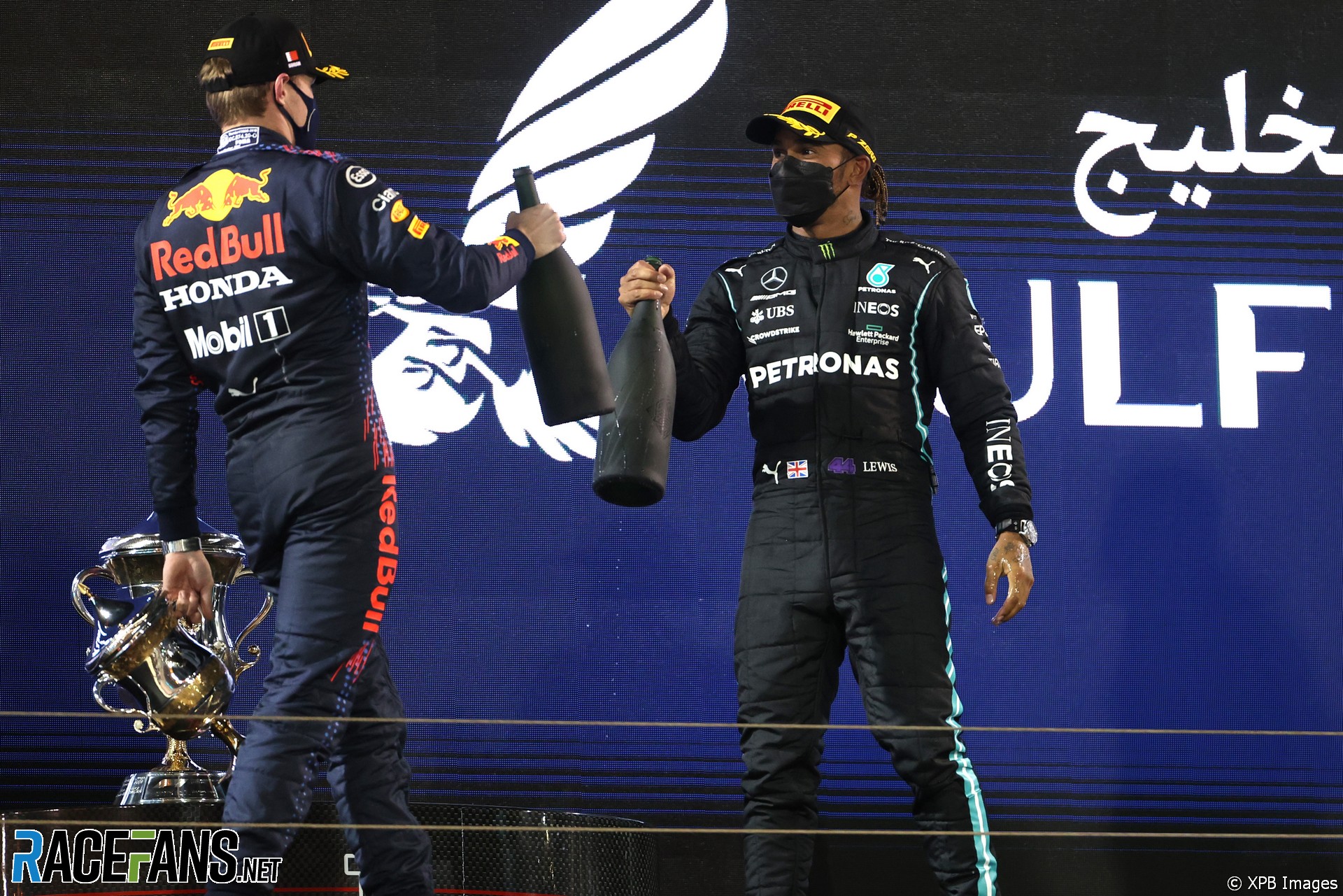 Max Verstappen admitted the Bahrain Grand Prix was a “missed opportunity” for Red Bull, but is confident they will be able to recover the lost points in coming races.

Having put his Red Bull on pole position by almost four-tenths of a second, Verstappen was beaten to victory by Lewis Hamilton following a number of setbacks during the race.

Verstappen said he “wasn’t really surprised that they were so close in the race” after losing to Mercedes by an even smaller margin than his qualifying advantage. “I think they didn’t have the perfect lap in qualifying. And they are very close, even though sometimes they don’t say it, they are very close.”

According to Verstappen, failing to win the race was: “Definitely an opportunity missed but if we have the fastest car, then it’s not going to matter because then we have 22 races to finish in front of them.

“But we’ll see about that. Like I said, this is not Bahrain. Maybe there was a one-off, but I hope of course not. I have a good feeling that it will not be.”

The Red Bull driver was “battling with a few issues” during the race, and said it was not one of “the smoothest” for the team.

“So we definitely can do better than what we showed there. But on the other hand, for sure, they can also do better.”

Following the race, Red Bull motorsport consultant Helmut Marko said Verstappen had a power loss from his engine and lost time due to floor damage.

“I think my floor, it was fixed before the race, so that was all good,” Verstappen explained. “I did have a problem with the diff in the beginning, but that was fixed after a few laps. But that was just giving me a lot of inside wheelspin in the first few laps. For sure that is not great on the tyres because I felt a lot better once we put the other set on for the second stint.

“Then, when I was basically getting to Lewis at some point, we did have to make some changes due to the engine, which didn’t help the top speed. So we definitely could have done a better job.

“But I’m very confident that everything is fixed anyway for this weekend.”

13 comments on “Verstappen: Lost win in Bahrain “is not going to matter” if we have fastest car”