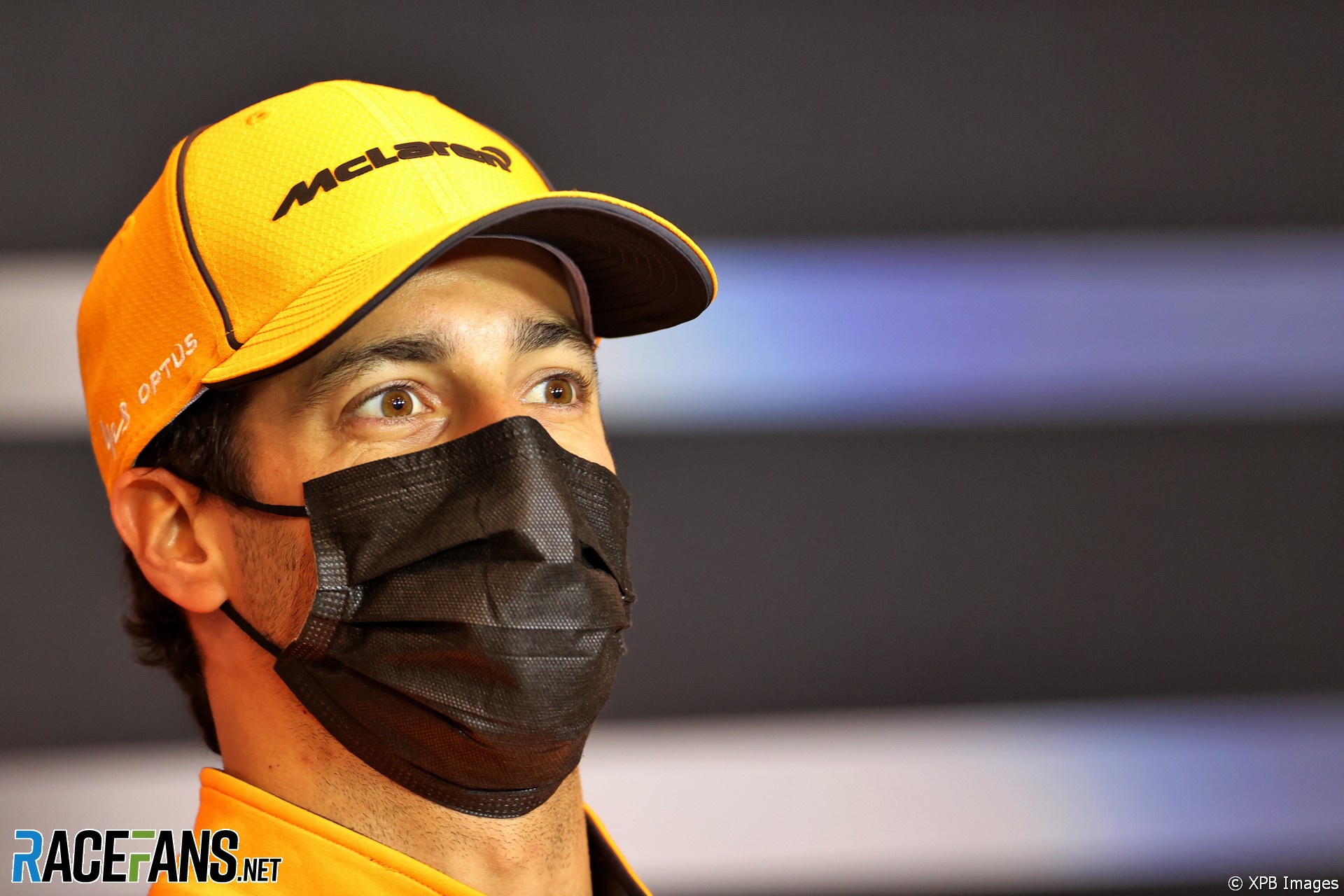 Daniel Ricciardo has apologised for language he used in remarks criticising the editorial approach to Formula 1’s highlight reels on social media that he believes puts too much emphasis on crashes.

The McLaren driver said he’s “certainly got to be better with my choice of words” after being “too aggressive” after expressing his dissatisfaction with Formula One Management’s use of crash footage.

“Even if I feel at the time it might be out of context, I know that it’s going to get pushed and so I should do better with that,” he said in the FIA press conference at the Emilia-Romagna Grand Prix.

But while apologising for calling F1’s social channel administrators “fucking idiots” in a recent interview, Ricciardo stood by his criticism of their output.

“Taking that direct comment away from it, I guess what I’m trying to get at is I feel like last year, as an example, was such an amazing year for F1. There was so many different podium-getters. There was a lot of exciting races. I certainly wouldn’t put it under a boring season.

“This is obviously my opinion, but I feel our sport is better than that. I feel like we’re better than just showing crashes. And I think there’s other [sports], whether it’s other categories or other types of sport or disciplines, to kind of show that level of highlights.”

Ricciardo added it reflected badly on the drivers as well as the F1 brand.

“We are the most talented drivers in the world and we’re driving these amazing cars. So normally a crash is showing less of our talents.

“I just feel it’s probably the way the sport is perceived, and we are perceived as drivers. We absolutely make mistakes, but I would probably highlight the highs more if I had creative control.”