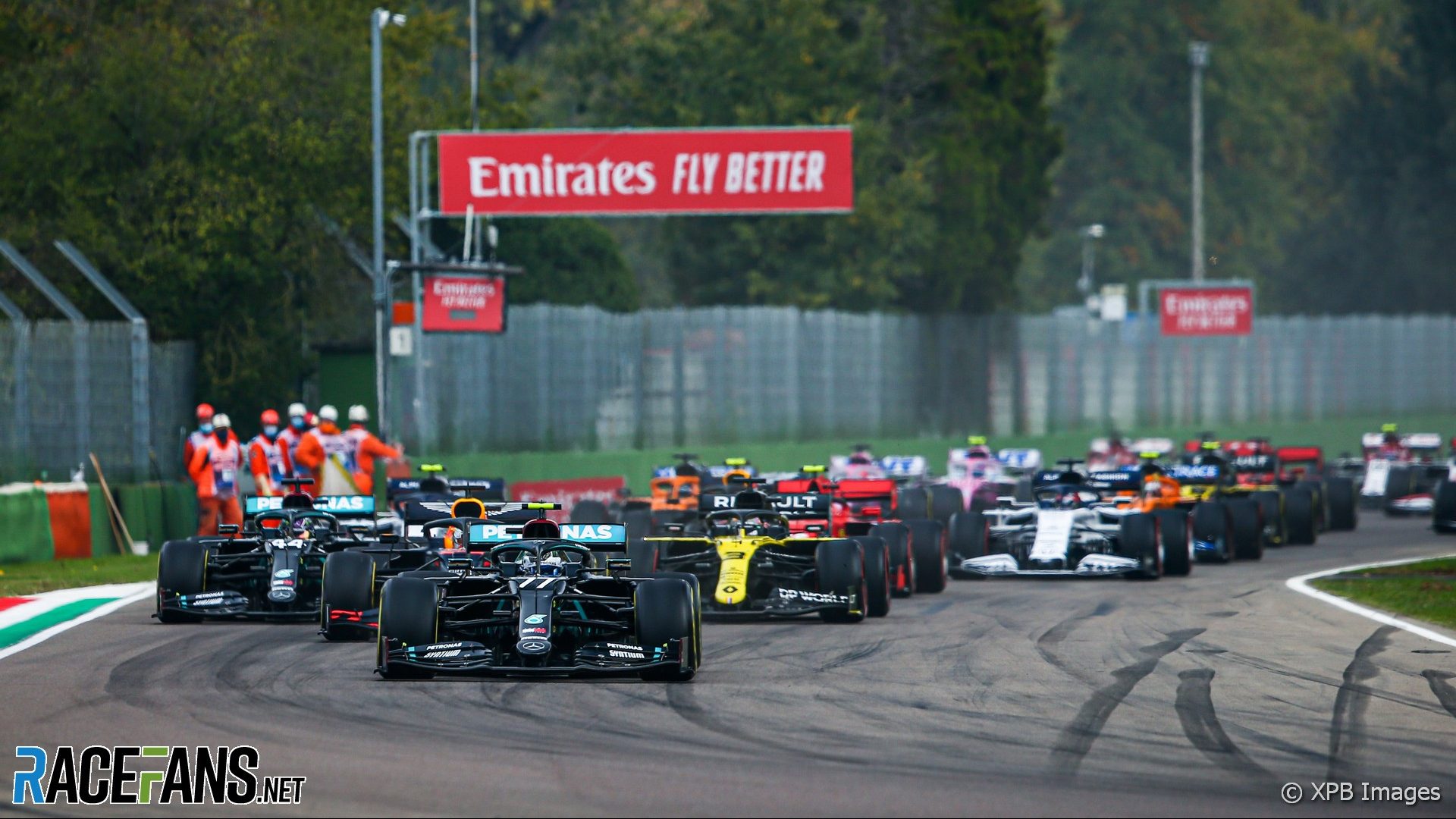 In the round-up: F1 CEO Stefano Domenicali has dismissed the idea of two-day race weekends, potentially leaving room for a new sprint-race format.

No move to two-day F1 weekends

At the time, there had been speculation the format was being tested ahead of a move to two-day weekends, with running only on Saturdays and Sundays. However, since then, the question of sprint races has dominated discussions about any format change for a grand prix weekend.

In a video for Formula 1, Domenicali confirmed that two-day weekends were not an option for the future, saying that promoters were not willing to compromise the offering to fans. “All the organisers really want to have a full experience for the people and for the crowd, so we need to respect that,” he said.

Shell run quarter of a million simulations for 2022 F1 fuel

Formula 1 fuels are changing to have a higher percentage of biofuels in 2022 and Shell F1 Fuels Development Manager Benoit Poulet says that their team have run 250,000 digital simulations to develop the new mix.

“Since 2020, FIA regulations have changed slightly so we are now limited to just one fuel and engine oil formulation for the entire season, and we can no longer introduce in-season developments.” He explained, to emphasise how important it is to get the fuel right by the time 2022’s season starts. “This makes testing even more important than during previous years.”

In order to prepare, without being able to exhaustively run the new fuels, Poulet says digital simulations have been used extensively. “As a result, we’ve increased the number of digital simulations we’ve been running to ensure we find the best formulation to support the power unit all year round and at every circuit on the calendar. In fact, in the last two years, we have used advanced digital technology in more than 500,000 fuel simulations, 250,000 of which have been dedicated to the 2022 increased biofuel formulations.”

We slowed down. We reflected.

30 years ago today @alunserjr passed @michaelandretti on his way to winning the @GPLongBeach.

Meanwhile 22-year-old Paul Tracy made his debut with @DaleCoyneRacing and spun out, retiring later with an engine problem. "Here's a young man we expect a great deal from…" pic.twitter.com/YPwfPg9Zwz

"'It was redemption,' said Vandoorne. 'I kept believing and was confident in the car.'"

"We are told that because there will be no spectators, there should be compensation from the government, when we have already given a lot."

‘The support left me speechless’: how Sarah Moore returned to W Series grid (The Guardian)

"'Racing drivers still have bills to pay so I’ve been out doing deliveries for Sainsbury’s. I’m classed as a key worker which gives me a sense of pride.'"

"Expecting Grosjean to be a regular top-10 competitor might be asking a lot, but he figures to shine in some events. Jones could surprise by showing the talent exhibited in 2016 when he won the Indy Lights championship."

"It’s clear that several of our competitors have taken a step forward, although it’s difficult to be certain of the true running order from one race. This will only become clearer as the season progresses, with different conditions at circuits with different characteristics."

To Imola for the first home Grand Prix (Ferrari)

"The current track layout now features a section of flat-out acceleration from the exit of Rivazza 2 to the Tamburello chicane, with the Variante Bassa having been removed from the section which is also home to the only DRS zone."

"It will take hard work, dedication and commitment, knowing our rivals are toiling just as hard to nudge ahead of us: but hard graft need not scare us. As Horace himself also said, 'nil sine magno vita labore dedit mortalibus' – life grants us nothing without hard work."

"They have nearly gotten to the point where they are ready for Formula 1, but not quite. It’s just like seeing a band before they get big, and I have always loved that. "

After Mick Schumacher said he had been learning on-track during his Bahrain Grand Prix debut, Kenny Schachat asks if it’s really fair that drivers now are compared to those who debuted when much more testing was permitted:

That had to be a big advantage for drivers like Hamilton, Alonso, Vettel when they broke into F1. Hamilton obviously has a natural gift but it’s hard to imagine that he would have had the rookie year in 2007 if he had just a couple of days testing before the season.

I would like to see testing expanded up for rookie drivers. I think it would go a long way toward making the backmarker teams a bit more competitive and give rookies a better chance to compete.
@Partofthepuzzle