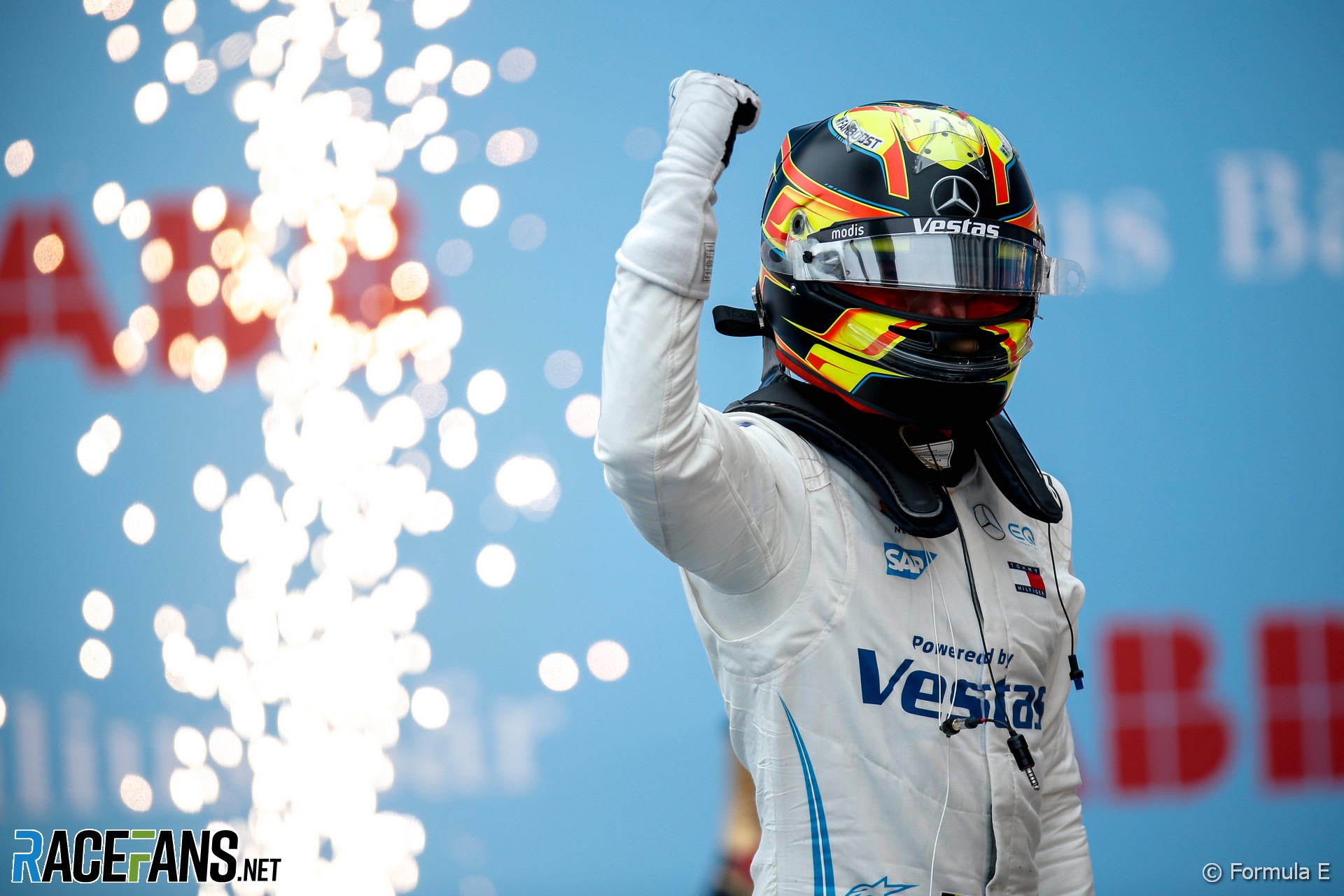 Stoffel Vandoorne won Formula E’s second race of the weekend in Rome, 24 hours after being denied victory from pole position.

Proceedings began behind the Safety Car for the second day in a row, a decision arising from the mixed weather conditions and concerns over the starting grid placement on a track which has been altered since last year.

Super Formula champion Nick Cassidy, who joined Virgin this season, started the fourth race of his Formula E career from pole position alongside fellow rookie Norman Nato. Vandoorne and Pascal Wehrlein lined up behind them on the second row.

Cassidy’s lead was short-lived: He held the lead for just two corners before a braking error saw him drop down the order. Nato inherited the lead but that also proved temporary, as Wehrlein was quickly able to make a move on him.

Cassidy briefly looked to set to bounce back, passing Buemi for ninth as he moved back up the order and looking like a serious threat for a podium. However he tangled with Oliver Rowland and ended up embedded in the TecPro at turn seven. He recovered but only to a distant last place, trailing the pack, and collected a post-race penalty to boot.

Wehrlein lost the lead to Vandoorne when he darted off-line to trigger his Attack Mode, with the view that he’d be able to get it back under the higher power mode. But to his misfortune the race was almost immediately neutralised and he had no opportunity to cash in his advantage.

Contact between Sebastien Buemi and Lucas di Grassi saw the latter tipped sideways into a barrier, tearing the front-left corner off his Audi on the wall. A full course yellow was called as the furious Di Grassi came to a stop in the turn four run-off.

Once the racing restarted Wehrlein was not only unable to catch Vandoorne, but soon fell prey to Alexander Sims, the Mahindra driver claiming second place.

With eight minutes to go, Rene Rast hit the wall at the exit of turn 19, his wrecked car skidding to a halt. That initially prompted another yellow flag period, which led to a Safety Car deployment, leaving just two minutes of green-flag running at the end of the race, enough for a single lap of action.

Vandoorne kept the lead at the restart, Sims giving pursuit in vain. The pair had twice the remaining energy of third-placed Nato, who had Wehrlein all over him.

Under pressure from behind, Edoardo Mortara dramatically wrestled his car under control into turn seven. But Nyck de Vries and Sam Bird weren’t as lucky, ending their race in the TecPro at the same corner, after going into it three-wide with Oliver Rowland.

Vandoorne took the chequered flag ahead of Sims and Nato, but the latter finished with too little in his battery and was disqualified, handing the final spot on the rostrum to Wehrlein. Mortara’s acrobatics ensured he kept hold of fourth place ahead of Maximilian Guenther.

Despite adding nothing to his points haul, Sam Bird retains the title lead, as does his team Jaguar. Formula E will continue its season-opening run of double-headers at Circuit Ricardo Tormo, Valencia, in two weeks’ time.