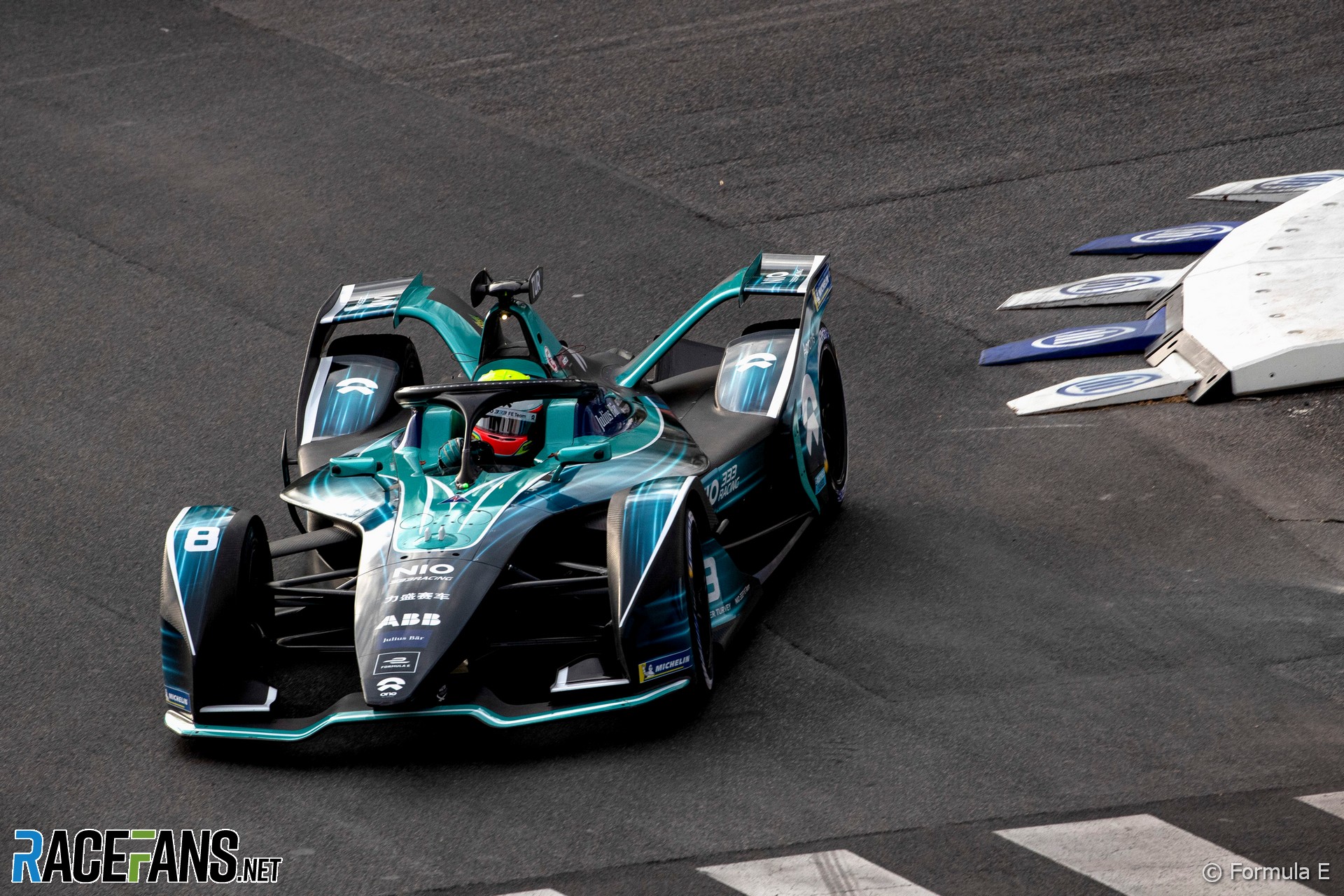 Three drivers were unable to take part in second practice for Formula E’s Rome EPrix following a freak crash at the end of the first session.

NIO driver Oliver Turvey struck the stationary Techeetah of Jean-Eric Vergne as first practice came to an end. Vergne was part of a group of drivers waiting in a queue to perform practice starts.

Turvey arrived on the scene at speed and struck Vergne’s car with enough force to rip the right-rear quarter off the Techeetah, tearing its driveshaft out, and heavily damage the front of his own machine. The NIO car then struck the BMW Andretti machine of Jake Dennis.

Formula E confirmed the trio were unhurt in the crash. “I’m okay and all drivers are fine,” said Vergne. However the extent of the damage meant all three were unable to participate in the second practice session. It remains to be seen whether they will be able to take part in qualifying for the first of this weekend’s two races later today.

Alterations to the Rome street circuit for this year’s EPrix may have contributed to the crash. The finishing line and pits are at the exit of turn 19, but the start line – where the crash occured – is situated between turns six and seven. Formula E last visited the venue in 2019.