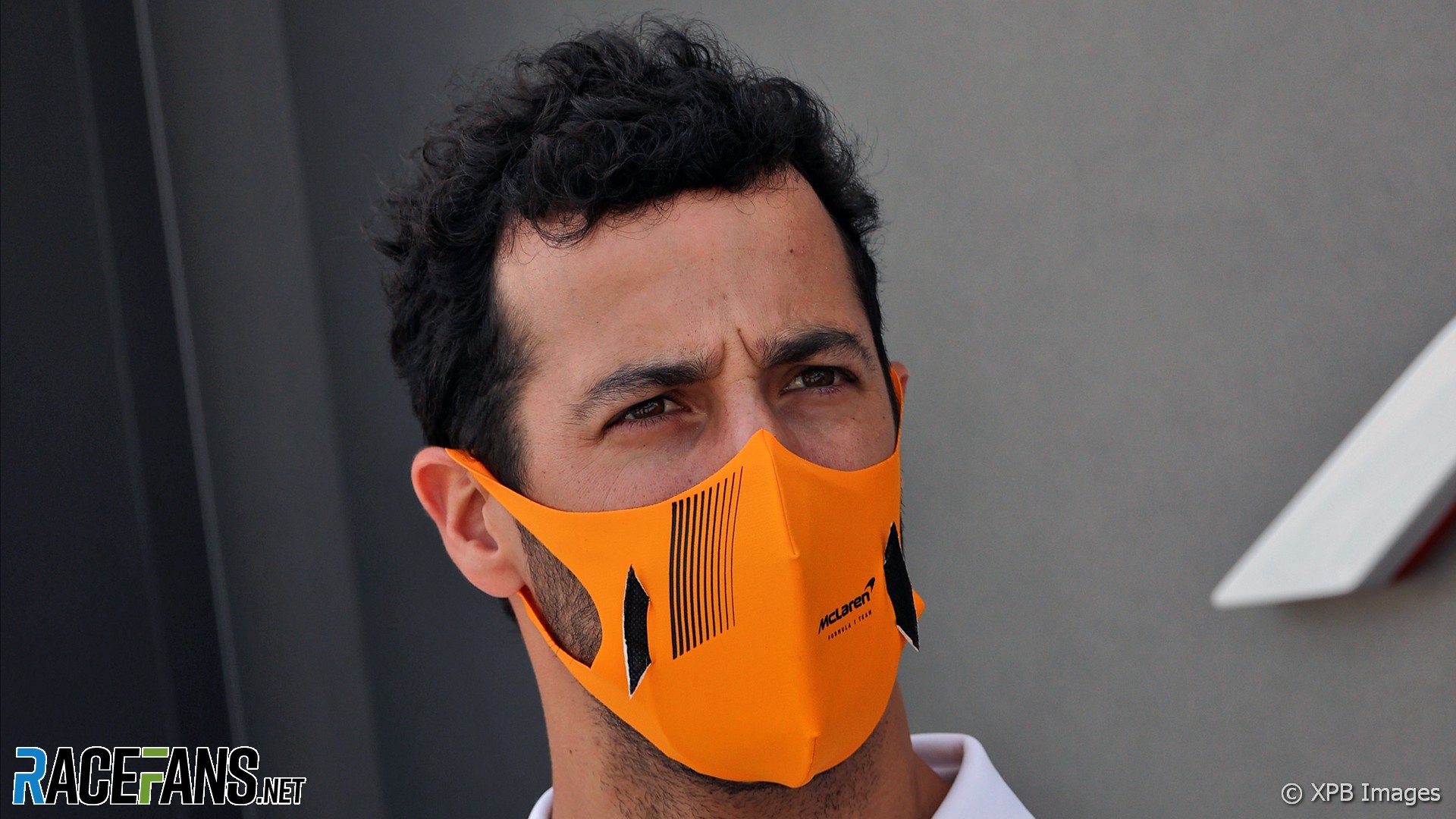 Daniel Ricciardo has renewed his criticism of Formula 1’s preoccupation with crash footage.

The McLaren driver, who said last year he was “disgusted and disappointed” by F1’s coverage of Romain Grosjean’s fiery crash in Bahrain, is unhappy with the championship’s social media output.

“I think last year, F1 put on their social channels, like, ‘top 10 moments of the year’ or something, and eight of the 10 were crashes,” he said in an interview for Square Mile.

“I was just like, you guys are fucking idiots. Maybe 12-year-old kids want to see that kind of content, and that’s cool because they don’t know any better, but we’re not kids. Just do better, guys. Do better than that.”

Sebastian Vettel echoed Ricciardo’s criticism of F1’s Bahrain Grand Prix coverage last year, saying: “I disagree with the fact that you have to show the images over and over again.”

Ricciardo also disputed the presentation of his relationship with Carlos Sainz Jnr in the Netflix series Drive to Survive. He said the rivalry between himself and Sainz, whose place at McLaren he took this year, is exaggerated in the series.

“[In] the second season, there were some episodes or parts where I feel they forced it a little bit,” he said. “They tried to create a bit of a rivalry between me and Sainz and it wasn’t really there.

“Like, he’s no more a rival than anyone else. There wasn’t any personal grudge with him, but I think [Netflix] wanted something, so a lot of questions led with asking about Carlos.

“Maybe no one noticed, but for me, I was like, he’s fine. I’ve probably got other guys that I dislike, you know, as opposed to Carlos… I mean, he dresses like a 60-year-old, but otherwise he’s alright.”