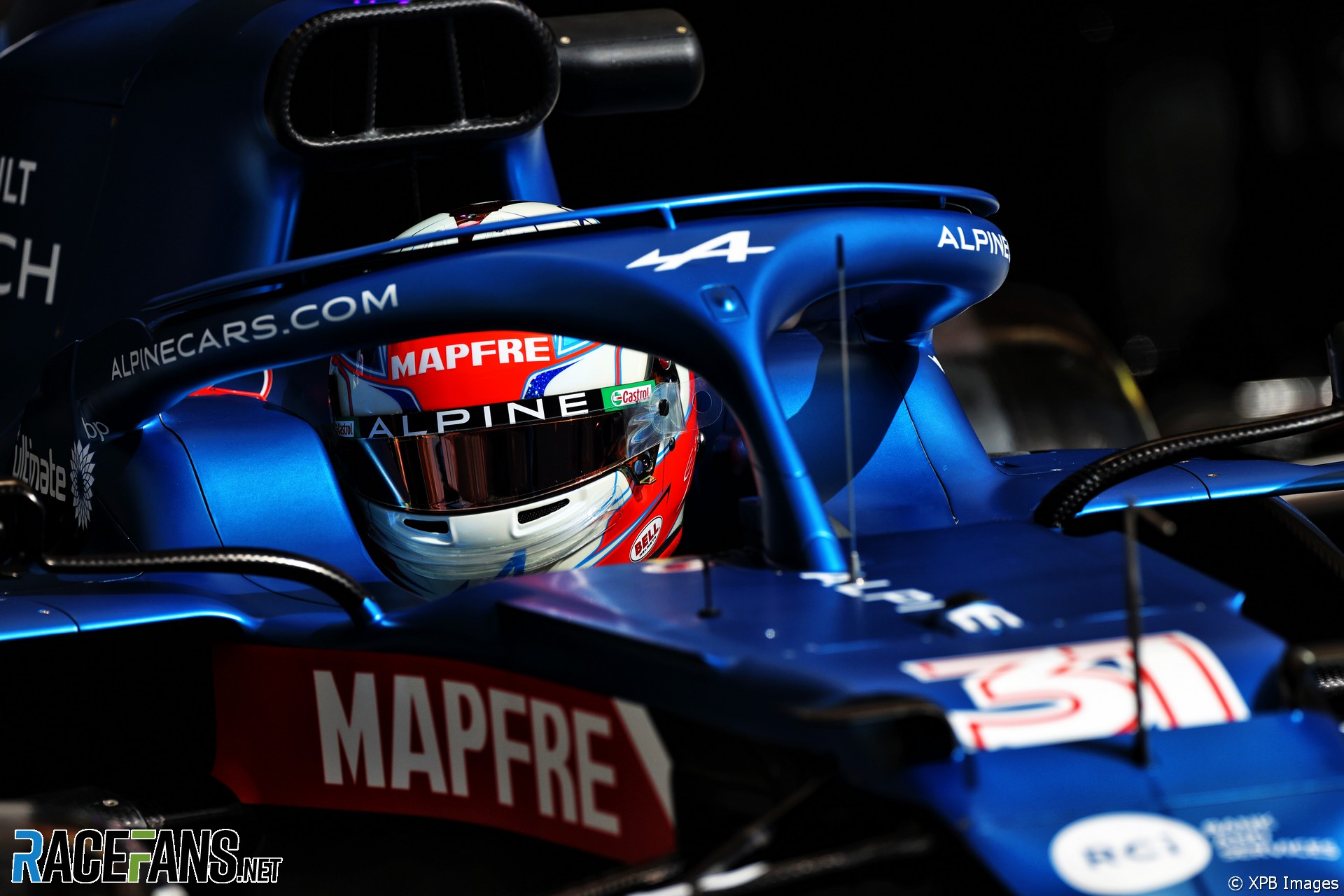 Esteban Ocon says the Bahrain Grand Prix showed Alpine must extract the maximum from their car to have a chance of scoring points.

The team which ended the year fifth in the championship last year as Renault left the first race of the 2021 F1 season without a point.

Ocon qualified 16th at Sakhir, having been one of four drivers who were disadvanted by in yellow flags at the end of Q1. Reflecting on where he had lost out on points in the race, Ocon said that starting position had been essential.

“If we started further up the road, I think we were going to be fighting for points for sure,” he said. “I fought with the Aston Martin of Vettel, and Lance [Stroll] finished in the points, and I think we were fighting with those cars. Clearly what hurt us is the starting position.

“I think if we were starting, I don’t know, inside the top 10, then of course, you’re already in the points. But 11th or 12th, there would have been a chance for us to get into the points.”

He said the midfield is so tight the team cannot afford to leave any of their potential untapped.

“Clearly it’s that we don’t have any margin. We need to extract the maximum out of the car to be able to do that.

“We have clear ways of seeing where we are lacking a little bit of performance or where we have an area to improve. We know where it is. It’s up to us to find that and find more pace for the next event, that gives us a bit more margin.”

Although many car components for 2021 are the same as they were last year, there have been some key changes – including dramatic cuts to downforce – which Alpine were still getting to grips with, said Ocon.

“The new rule has changed a lot of things,” he explains. “Everybody says it’s a year that we keep the same rules, it’s a carryover from last year. This is not the reality.

“In fact most of the car is new for everybody, I think for us, for sure, because we know what we have on the car.”

However Ocon believes the team knows what it needs to do to regain its lost ground.

“Everybody lost a good amount of grip and downforce and everybody’s trying to get that back on the car. So for sure, at the moment we have those new rules, everybody’s slower [and] we are as well, compared to the car that we had last year.”

14 comments on “Ocon: We need to extract the maximum from the car to score points”