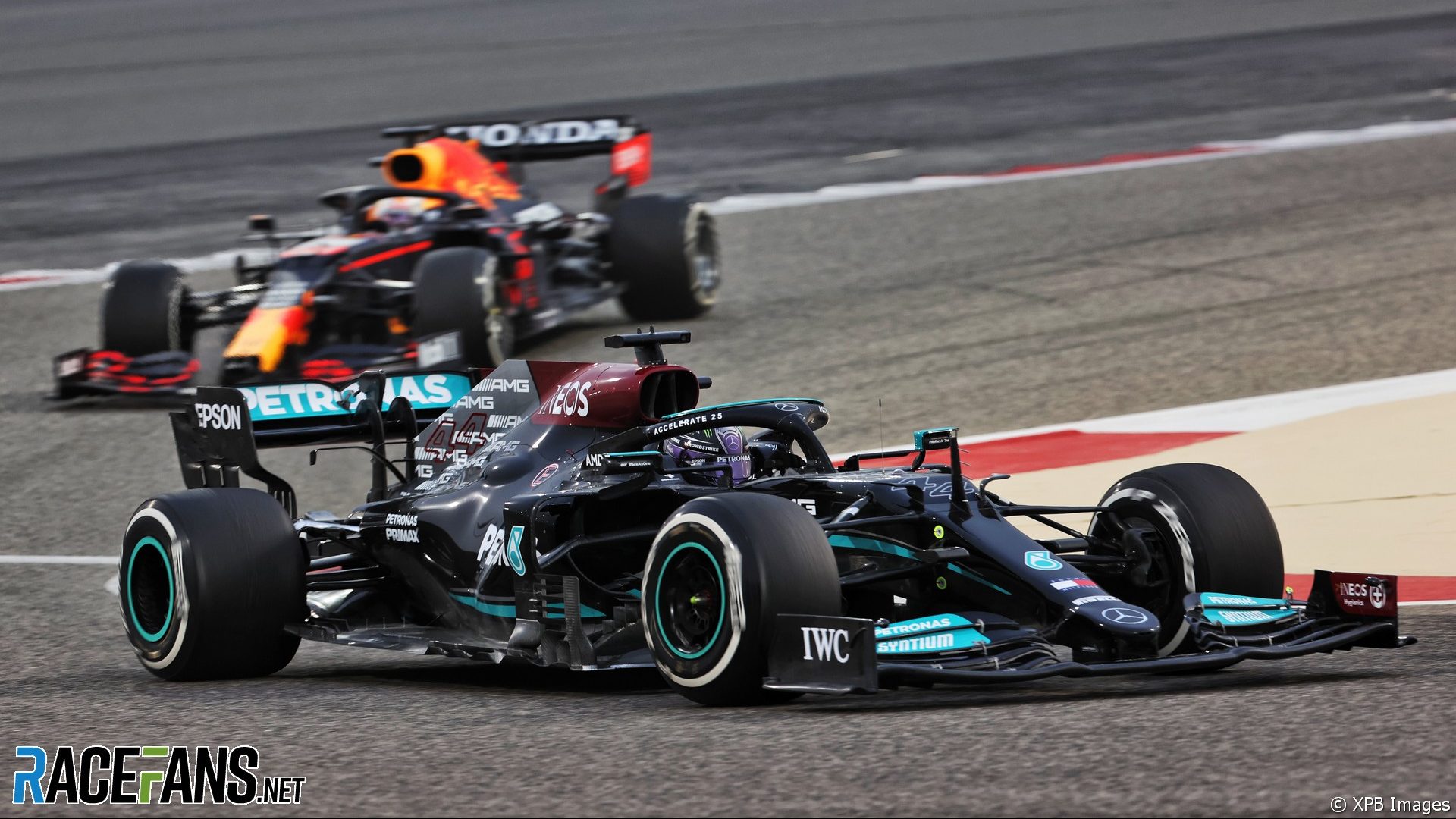 That Formula 1’s pecking order has changed became clear during pre-season testing in Bahrain. The majority of teams running low rake angles on the cars had their worst fears confirmed during Saturday qualifying.

If these teams – Mercedes and Aston Martin – still harboured any slivers of optimism about the effect the reductions in floor dimensions and bans on slots and strakes on the outer side of the rear wheel area, they did not after the race.

High-rake cars are those operated in ‘nose-down’ attitudes – as though constantly under braking; low-rake cars are level or even the opposite. The former philosophy facilitates larger volumes of under-car air for diffuser-induced downforce but can create imbalance; low-rake cars have longer wheelbases to partially compensate for lost ‘height’ and provide stability. In performance terms, it was much of a muchness until the changes.

True, Lewis Hamilton’s ‘low-rake’ Mercedes won on Sunday. But victory in the season’s opening race came only after a superhuman effort by F1’s latest knight, and came almost by default after Max Verstappen ceded the lead after a track limits violation. Verstappen’s Red Bull was emphatically proven to be the fastest car, but lost due to questionable strategic calls, and a strong case could be made that Red Bull snatched defeat from the jaws of victory.

Following qualifying Hamilton, who was nearly 0.4 seconds slower than Verstappen, claimed “It’s no secret that the changes… have been done to peg us back.” He likened the situation to last year’s technical directive which prevented teams from switching engine modes between qualifying, which was widely regarded as an attempt to disrupt Mercedes’ dominance.

Otmar Szafnauer, team principal of Aston Martin, whose current car is a largely (self-confessed) copy of a Mercedes and shares the same hardware where permitted, also blamed regulation changes for his team’s loss of form. That the opposition adopted a ‘serves them right for blatantly copying’ attitude compounded the team’s woes…

“You’ve got to remember only two teams have a low-rake concept, so even one of the high-rake teams voted against it. So nowhere near unanimity [required for a late rule change]. It wouldn’t have even passed on the eight-out-of-10 rule because three voted against.”

How and why, then, were the aerodynamic rule changes introduced, and were they really designed to “peg back” Mercedes?

The matter has its roots in Hamilton’s shredded rubber at Silverstone last July – he limped to victory after his left-front tyre deflated on the final lap of the British Grand Prix. His team mate’s car and Carlos Sainz Jnr’s McLaren suffered similar failures. Pirelli therefore became concerned about the integrity of their tyres, which were originally formulated in 2018 for the 2019 season, and were being pushed to their design limits after being retained for 2020 year following a majority team vote taken in July 2019.

As a result, last May a unanimous decision was taken by F1 to delay introduction of its ‘new era’ aerodynamic regulations by a year, and roll-over the prevailing rules largely as-is in order to save costs in the face of uncertainty created by the pandemic. Thus, Pirelli’s already marginal 2019 rubber would be deployed for another season.

This prompted the governing body to introduce regulations to reduce downforce – the greatest single contributor to tyre energy, circuit and ambient temperatures, all being equal – as an emergency measure. These were approved by the FIA World Motor Sport Council on safety grounds as permitted under article 2.2 of the technical regulations: “Any changes made by the FIA for safety reasons may come into effect without notice or delay.”

Until testing commenced there was little indication whether low- or high-rake cars would be affected the most, as evidenced by the split vote referenced by Szafnauer. True, an indicative vote was held in early August, but this was merely courtesy given the safety clause, and the fact that Pirelli further beefed up their tyres for 2021 proves how critical the situation was.

“The decision to introduce it was the right one, because it’s stupid if you have a better product in your pocket not to use it,” said Pirelli racing manager Mario Isola during last week’s media briefing.

The FIA had no choice but to react not only quickly but with minimal cost implications across the grid regardless of the design philosophies followed by teams – whether two or eight out of 10 of them. Either way, we should be grateful that the changes were introduced, for the upshot is the racing seems a lot closer than last year, enabling Hamilton to demonstrate his mastery last weekend, and hopefully giving us a title fight to savour.