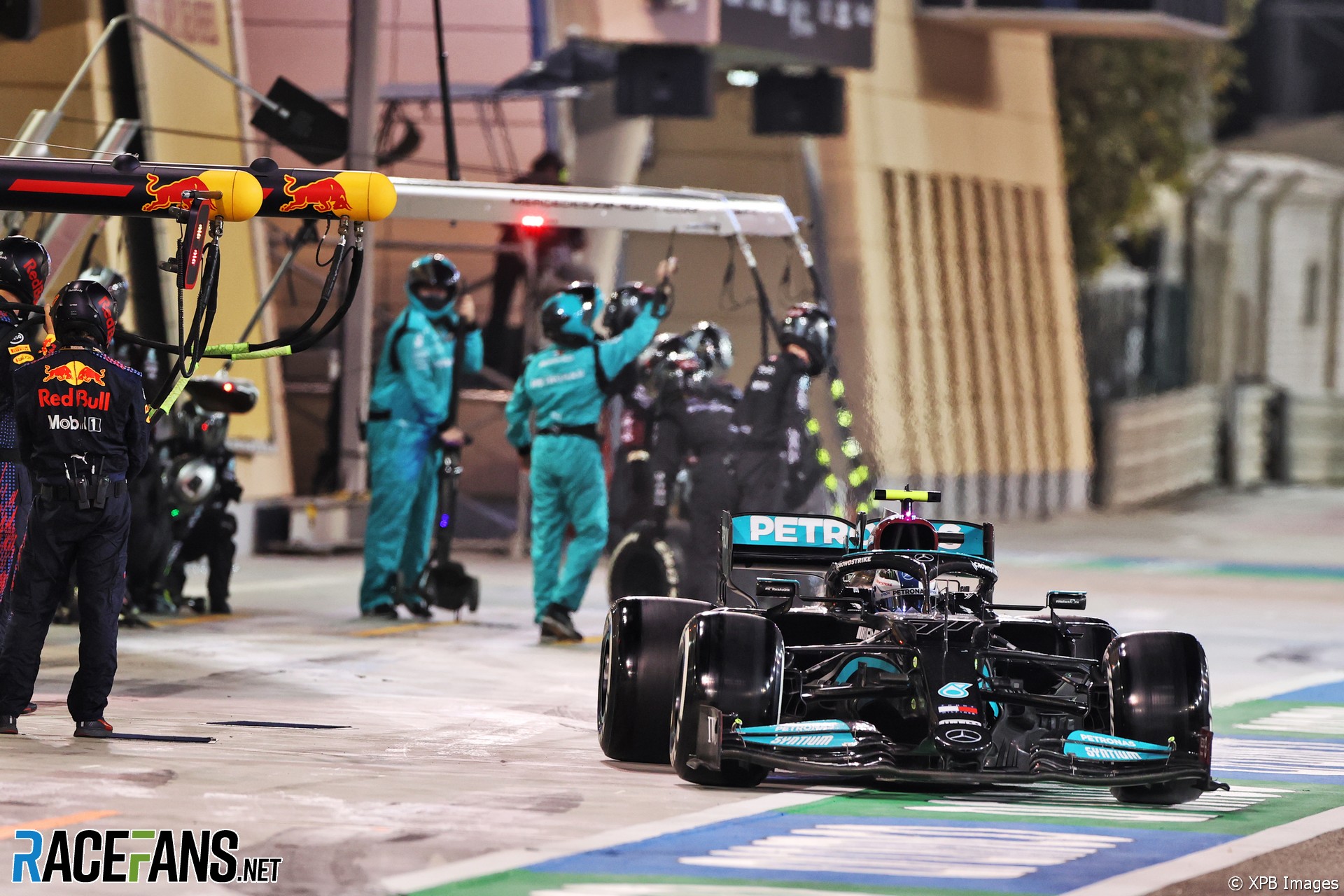 Mercedes have said that a nearly-11-second pit stop for Valtteri Bottas in the Bahrain Grand Prix came down to human error by a mechanic withdrawing a tyre gun too early.

In a video issued by the team, technical director James Allison described the pit stop, which brought back memories of the tyre mix-up which destroyed their chance of victory at the track three months earlier.

Then, it had been down to a radio problem in the garage that failed to communicate which driver would come in first for a double pit stop. This time, however, Allison said it came down to an initial, small timing mistake.

“When the car came into the pit stop box, Valtteri came in very neatly, positioned the car neatly and well, which is always a help for the pit crew. But sadly one of the gun men went onto the wheel, started to disengage the nut, loosened the nut but then started to withdraw the wheel gun just a little bit too soon before the nut had spun off its thread.”

Withdrawing the wheel gun too early causes damage that makes repeating the action to fully loosen the nut harder, Allison explained. “Because it was still offering some resistance at that point, as he withdrew the wheel gun, the socket on the wheel gun started to disengage from the nut and then started to spin round. We call it machining the nut because it starts to chip away at the edges of the nut and destroy the nut, a bit like when you are using a screwdriver and you don’t have it lined up properly, and you start to sort of damage the screwdriver slot.

“So, as he pulled away, the gun machined away at the nut and it didn’t actually come off its mountings.”

Allison said the problem was further compounded by the wheel gun automatically reversing direction, in order to attach the new wheel. “He went back in to deal with it but the gun recognises or is designed to recognise when it has done a ‘gunning off’ action and it automatically shuttles the gun so that it is then in doing up mode and so when he went back on to finish the job of taking the wheel nut off, the gun is now in doing up mode and instead of undoing the nut, it is doing it up again.”

The feature, design to make pit stops as quick as possible, cost Mercedes and Bottas even more precious time. “The subsequent, follow-on mess of that is what causes something which is normally a beautiful two-second pit stop to then collapse into something that haemorrhages lap time and seconds in the pit lane. But all of it was caused by that initial misplacing of the wheel gun, machining the nut as the wheel gun came off.”

The pit stop left Bottas substantially adrift of the race leaders and within an almost-risky margin to Lando Norris in fourth place. Although he was able to re-extend the gap behind him, enough to be able to take another pit stop in the final minutes of the race to go for – and claim – fastest lap, he was unable to challenge for or cover team mate Lewis Hamilton for the lead.