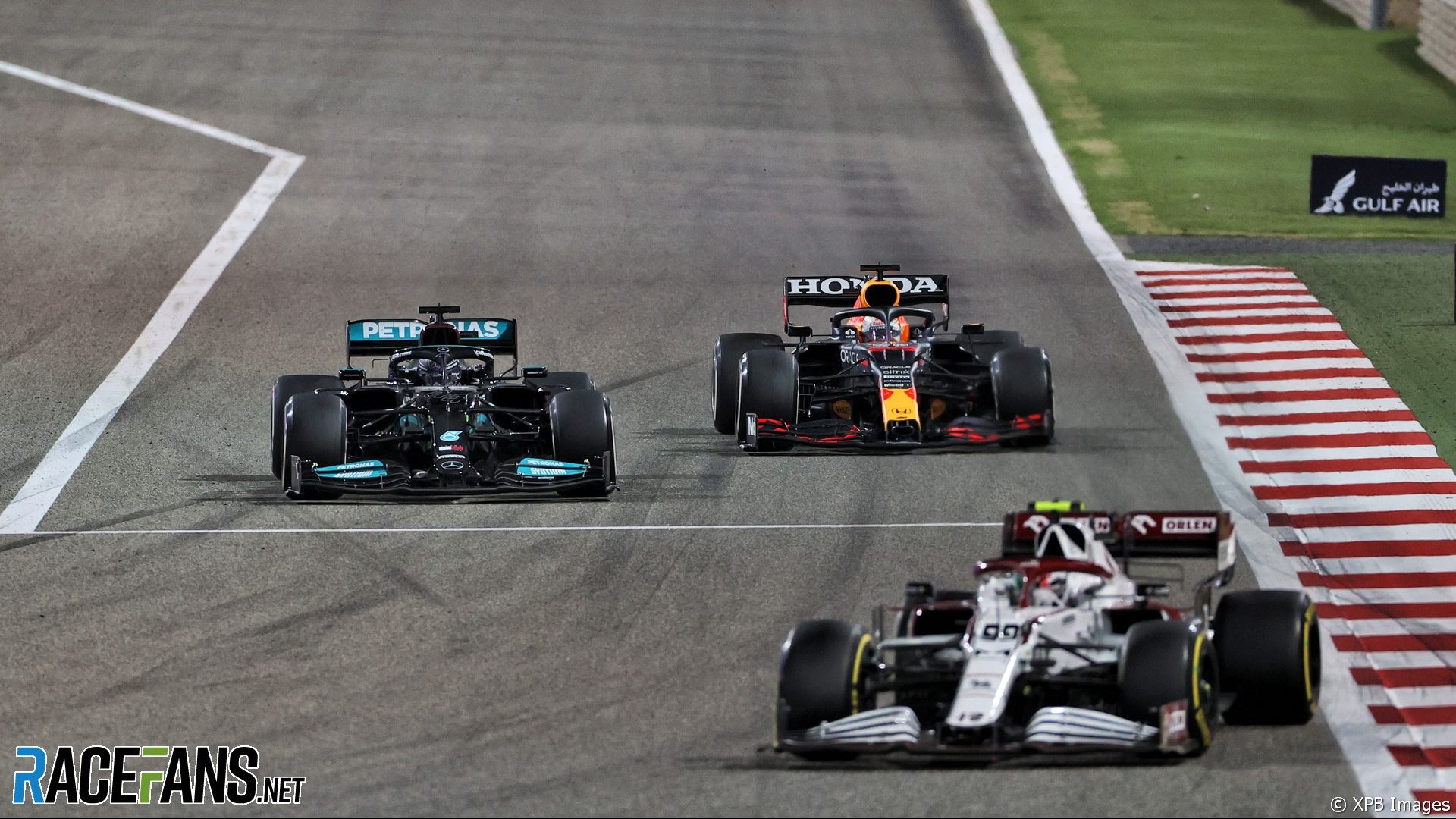 The track limits row which marred the conclusion of Sunday’s Bahrain Grand Prix could be avoided in future through alterations to the kerb configuration at turn four.

The chief executive of the Bahrain International Circuit, Sheikh Salman bin Isa Al Khalifa, told RaceFans they could change the corner to discourage drivers from running wide to gain an advantage.

Drivers were told last weekend they would be penalised if they went beyond the red and white kerb on the outside of the corner in qualifying, but not in the race.

The corner became a further focus of dispute when Max Verstappen ran off-track while overtaking Hamilton for the lead, then had to give the place back to his rival.

Asked whether the corner exit could be modified to discourage drivers from running wide in the first place, the circuit executive said there were options to change the run-off in that area.

“As a venue, obviously we follow the homologation of the FIA and what they need,” he explained in an exclusive interview for RaceFans. “You can add an extra kerb in [turn] four, we have the the red and white kerbs.

“The idea is obviously to keep them on the track and what can you do so that there’s no advantage going out.”

“So the idea is to work with the FIA and maybe extending the kerbs a bit like having a double layer or something that could limit that.”

“As long as there’s no advantage, then people won’t use it,” he added.