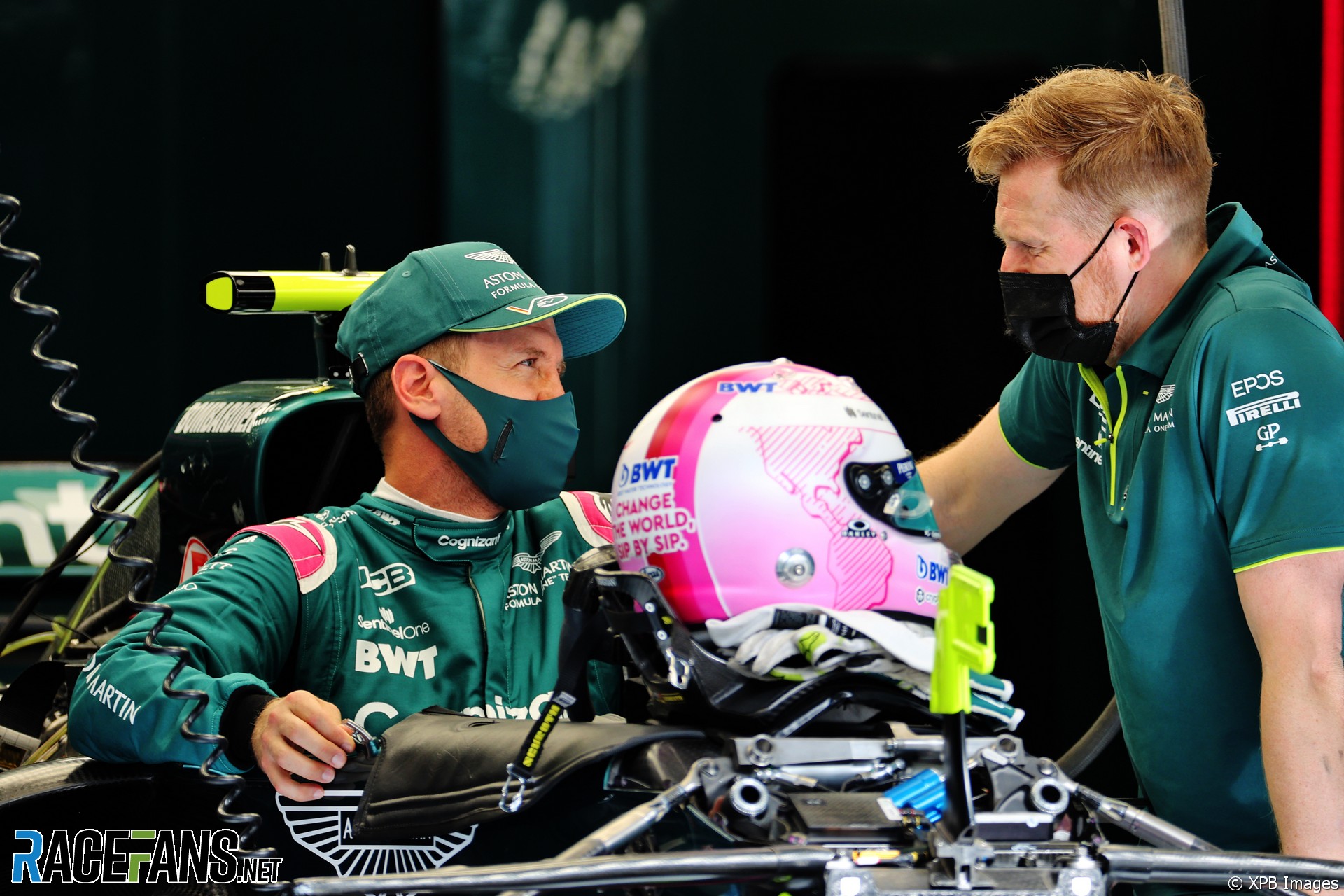 Aston Martin have backed Sebastian Vettel to bounce back from his troubled first race weekend with the team in Bahrain.

The four-times world champion was eliminated in the first round of qualifying, then relegated to the back of the grid after collecting a penalty for a yellow flag infringement. He incurred another penalty in the race after colliding with Esteban Ocon, and finished a lowly 15th.

However the team’s CEO Otmar Szafnauer said there were promising signs from Vettel’s first outing for the team given how little running he’d been able to do in pre-season testing after joining them from Ferrari.

“The car he’s driving now is totally different than what he drove before [in terms of] car characteristics, powertrain characteristics, a lot of things,” said Szafnauer. “He only really felt happy with the car – getting to grips, to know it and make set-up changes that suit him – in qualifying, when he had the yellow flags.

“So it’s hard to know but it’s really early days. He didn’t do a lot of laps in winter testing, we only had three days of winter testing, he had to share those days with Lance [Stroll] and he seemed to have all the problems. So I’m still confident we’ll get Seb there.

“He started last and made his made his way up but, like I said, we struggled on the hard tyre, he went on the hard tyre pretty early, so we’ve got to understand that. I’ll have to talk to him, I think he’s getting there.”

Vettel joined the team following a bruising 2020 campaign alongside Charles Leclerc. Aston Martin technical director Andrew Green said last year Vettel had “lost his mojo” at Ferrari and they would help him rediscover his form. Szafnauer insisted it’s “way too early” to suggest that hasn’t happened.

“I think it’s very, very early to say that,” he said. “We only have one data point, one race.

“Yes, it wasn’t the best race. But if you look at the positives: He had to start last, he was running in the top 10 for a while, felt good in the car.”

Vettel’s lap times in the race compared well with those of his team mate, according to Szafnauer.

“I had to leave the debrief so I don’t know what his feedback is. But just from watching it from the pit wall, looking at his lap times, they were not that dissimilar to Lance who’s been driving here for a while and knows us well, knows the car well, and ended up finishing in a relatively decent position and at times was pretty competitive on the medium and soft, and so was Seb.