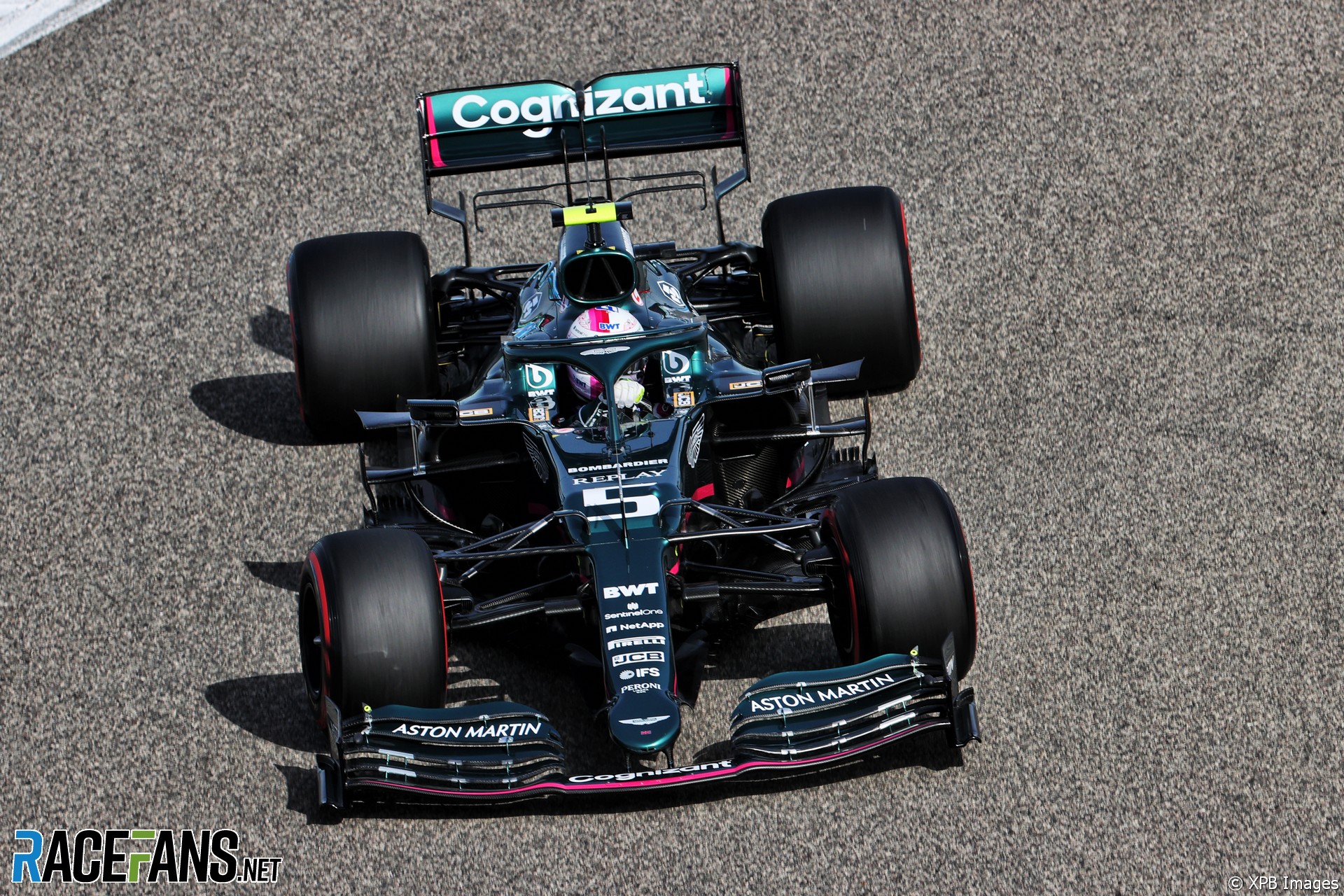 Sebastian Vettel has been given a grid drop and penalty points on his licence for failing to slow as he approached Nikita Mazepin’s spun car during Q1 yesterday.

The stewards noted Vettel had already passed a marshal post and a light panel before the double yellow flags were displayed. Unlike his rivals, the Aston Martin driver was not advised by his team to abandon his lap, though he was shown yellow warning lights on his dash display.

Drivers are required to abandon their efforts to set a lap time if they encounter double waved yellow flags. Vettel did not, and has been given a five-place penalty which drops him to the back of the grid. He also received three penalty points, the maximum normally handed down for a single incident, on what had previously been a clean licence.

The stewards noted Valtteri Bottas, Sergio Perez and George Russell passed through the same area as Vettel, were advised by their teams to back off and did so.

“Car nine [Mazepin] spun at turn one in the last moments of Q1 bringing out a double yellow flag in the marshalling sector,” the stewards explained. “Bottas, Vettel, Perez and Russell approached the scene and drove past Mazepin.

“Bottas, was immediately instructed by his team to abort his lap in accordance with the race director’s event notes (Point 7.1). Perez and Russell had received the chequered flag, and were instructed to slow, with Russell receiving the additional information that it had been a double yellow sector.

“Vettel did not abandon his lap. He explained to the stewards that he saw the smoke ahead of him, but was unsure if it was a lock-up or a stopped car until he was quite close to the car and the smoke was lifting.”

Although Vettel was not able to see the yellow flags on the panels or at the marshal’s post, the stewards pointed out he was still required to abandon his lap.

“The stewards observed that he had already passed the signal panel when it illuminated as he approached the scene, and that the marshals in that turn had not yet reacted with a yellow flag. Nevertheless, Vettel was approaching a car that was stopped sideways on the track and by the rule this would necessitate a double yellow flag.

“During the drivers’ briefing, the race director emphasised that the flag code must be rigorously enforced. The stewards consider that the requirement to abandon the lap during practice and qualifying, both in the [International Sporting] Code and in the race director’s notes was instituted to dis-incentivise the drivers from any type of management of their speeds approaching an incident, with a view to maybe setting a lap time, when the requirement is that they should be able to completely stop when approaching such an incident.

“In this case, it was clear that the driver slowed slightly approaching the incident, but continued trying to set a meaningful lap time. In this case, the driver would have received a warning on his dash and the team should have been able to see that the sector had been a double yellow and could have advised the driver as other teams did.

“While the argument that the driver was already inside the sector when it went double yellow evokes sympathy, the stewards feel it is important to note that he was approaching an incident visible ahead of him. Further, the car ahead, in the same position, was instructed to abandon the lap, as is
intended by the race director’s notes.”

The stewards therefore imposed a five-place grid penalty, which is typical for a infringement involving double waved yellow flags.