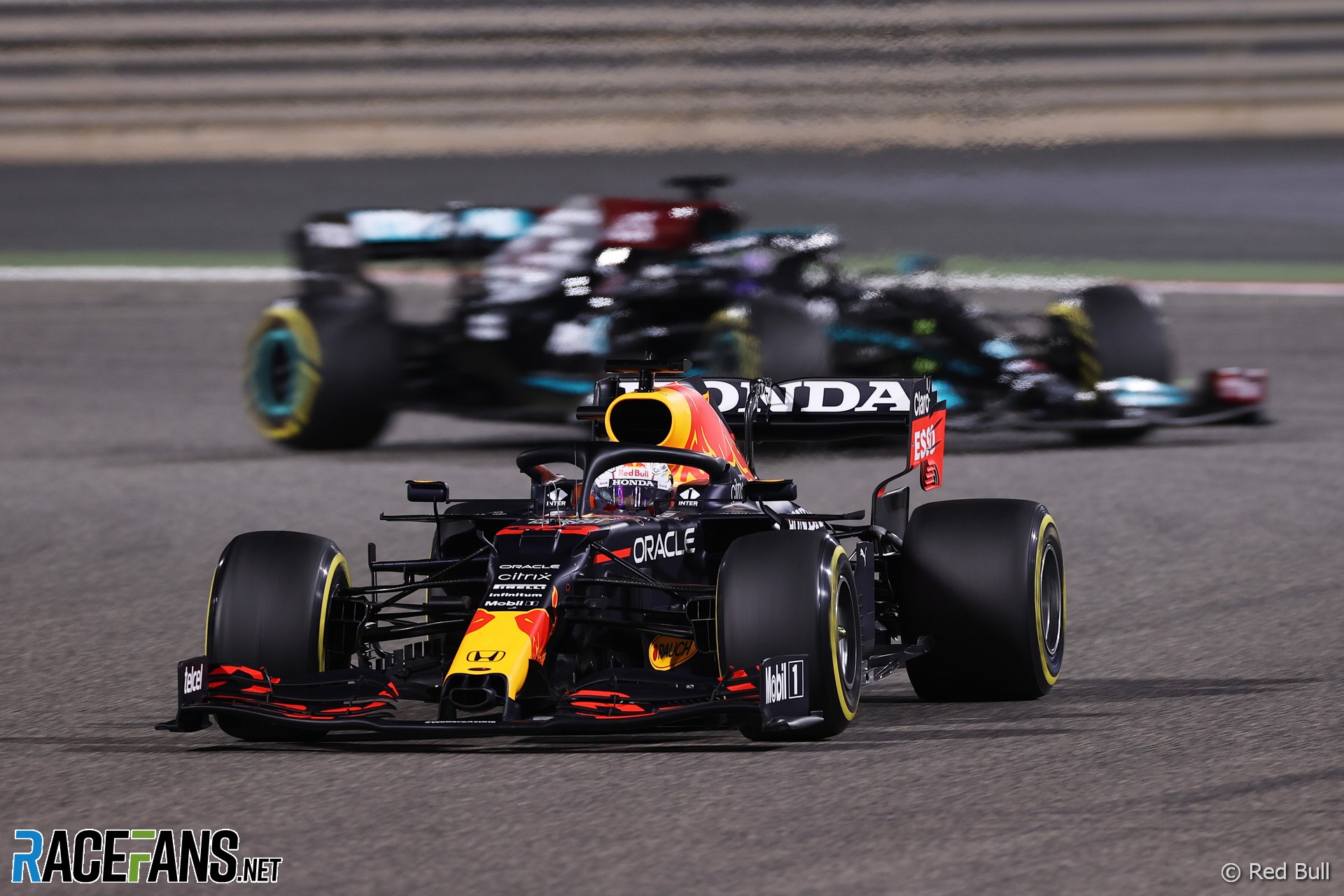 Red Bull team principal Christian Horner defended Max Verstappen’s decision to let Lewis Hamilton overtake him in the final laps of the Bahrain Grand Prix – even though it cost him victory.

Verstappen overtook Hamilton for the lead of the race with three laps to go. But he crossed the white line on the outside of the track as he did, and race control told Red Bull he had to give up the position to Hamilton.

“We had an instruction from the race director to give the place back immediately,” Horner confirmed. “Max was very sporting and did that. It was frustrating, and Lewis had just enough to retain his position to the end of the race.”

Verstappen told the team on the radio they should have stayed ahead of Hamilton. He believed he could have pulled out a five-second lead over the Mercedes driver in the remaining laps, which would be sufficient to ensure a five-second time penalty did not cost him the victory.

However Horner pointed out race control could have issued a stiffer penalty, and Verstappen may not have been able to build up enough of a lead.

“There’s no guarantee we could have got the five seconds, if that had been the penalty,” said Horner. “So he did the right thing.”

The policing of track limits at turn four was a point of contention throughout the race. On Friday, drivers were told they could not use all of the run-off in qualifying, but would be allowed to during the race.

This caused some confusion for Red Bull, who at one point told Verstappen to exploit the run-off area more at turn four. “Both Lewis and Valtteri [Bottas] using the exit at turn four, so feel free to do the same until we’re told not to,” he was told. “Yeah how is that legal, man?” he replied. “The whole weekend we couldn’t do it.”

“We could see as soon as Mercedes started to push, they just used that part of the track,” said Horner. “We questioned with race control: If that’s the case, can we do this? Because when you’re in a nip-and-tuck battle, there’s a two-tenth advantage using that part of the circuit. So they did it lap after lap. The race director then asked them to respect the limits, otherwise they’d get a black-and-white-flag [for unsportsmanlike conduct].”

Drivers had been told they would not be allowed to keep any positions gained by overtaking beyond track limits at turn four, said Horner.

“Obviously Max then went wide on the pass there, which had been made clear before the race that if somebody got an advantage by going out there, they’d have to give it back. And he did that immediately and the team instructed him to do it following race control instructing us.”

Horner said race control must be more consistent with its guidance to drivers on track limits.

“With these track limits things, they are always going to be contentious. But we do just need to have a consistent situation.

“You can’t say ‘it’s okay to use it in a race, but you can’t overtake out there’. They should be black or white, they shouldn’t be shades of grey.”