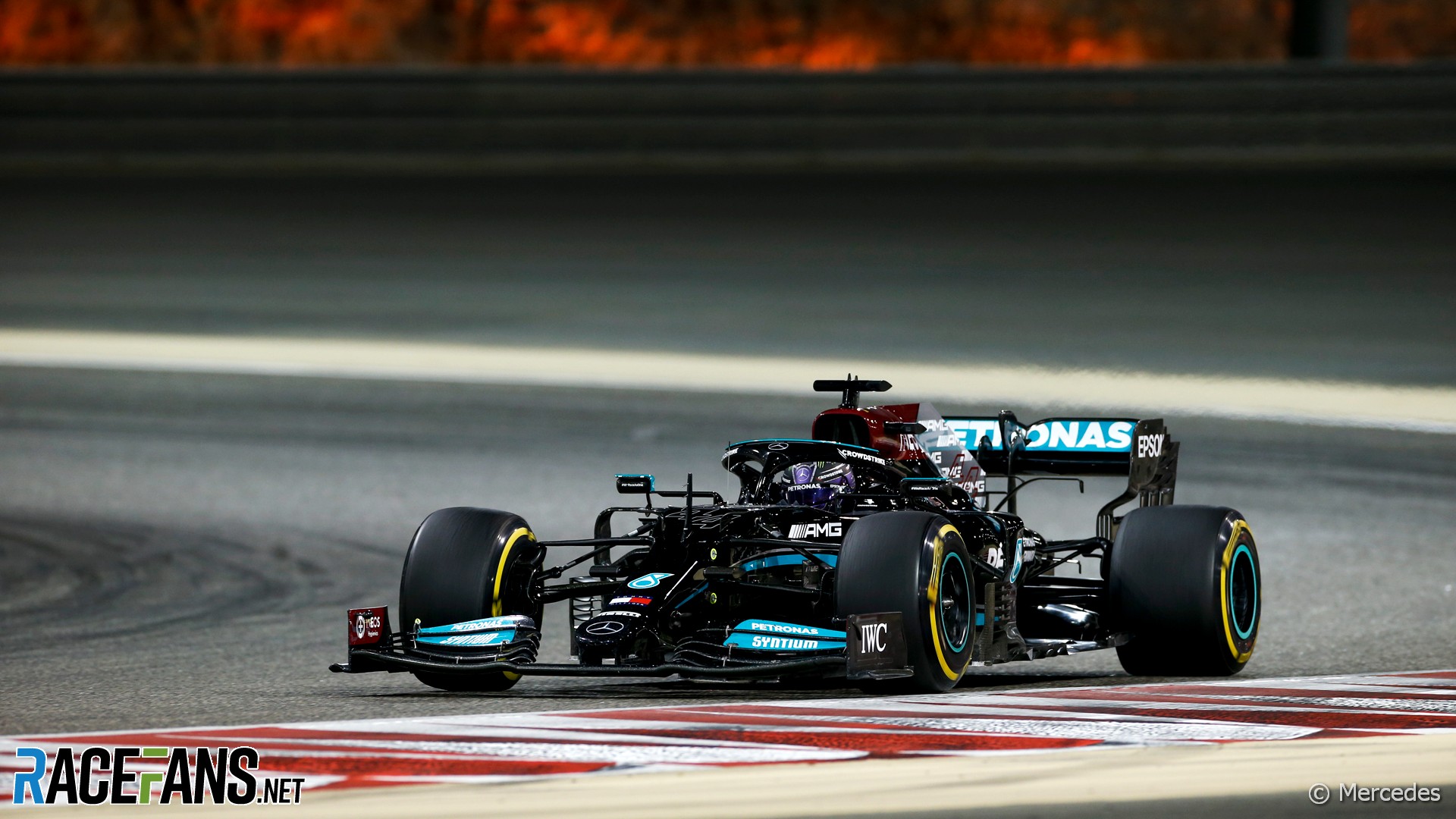 Formula 1 race director Michael Masi insisted there was no change in how track limits were enforced during the Bahrain Grand Prix, following Lewis Hamilton’s claims to the contrary.

The Mercedes driver said race control “changed their minds” about how the boundary of the circuit was defined at turn four.

Revised race director’s notes issued on Friday stated that during Sunday’s grand prix “the track limits at the exit of turn four will not be monitored with regard to setting a lap time, as the defining limits are the artificial grass and the gravel trap in that location.” This definition did not apply during qualifying.

Hamilton was seen running wide repeatedly at the corner during the race. Red Bull observed the line he was taking, and advised their driver Max Verstappen to do the same to gain time.

However Hamilton was later told by race engineer Peter Bonnington they had been warned they were running wide too often at turn four. He advised Hamilton to revert to using the qualifying line at the corner:

Masi insisted there had not been any change in how track limits were enforced. While he did not mention Hamilton by name, he did indicate one driver had not complied with their interpretation of the rules.

“Nothing changed at all,” said Masi. “We had two people that were looking in that area at every car, every lap and pretty much every car bar one was doing the right thing within what we expected in a general sequence. There was the occasional car that had a bit of a moment and went out there or whatever it was but it wasn’t a constant thing.”

Masi said drivers were made aware of the track limits policy when he met them on Friday. “It was mentioned very clearly in the drivers meeting and in the notes that [track limits] would not be monitored with regards to setting the lap time [during the race], so to speak, however it will always be monitored in accordance with the sporting regulations, being that a lasting advantage overall must not be gained.”

When Verstappen strayed beyond the track limits while overtaking Hamilton, this was considered gaining a lasting advantage, and Masi was quick to advise the team to hand the position back.

“What was mentioned and discussed with the drivers at the drivers meeting is that if an overtake takes place with a car off-track, and gains a lasting advantage, I will go on the radio and suggest to the team that they immediately relinquish that position. And that was made very clear.”

“Red Bull were actually given an instruction immediately by myself,” he added. “I suggested that they relinquish that position as listed in the sporting regulations, which they did.”

“It wasn’t for exceeding the track limits,” Masi clarified. “It was for gaining a lasting advantage by overtaking another car off the racetrack.”

Verstappen told his team afterwards they should have declined to give the position back to Hamilton and accepted a penalty. Masi indicated that had they done so, a five or 10 second time penalty would have been the likely outcome.

“It’s generally a time penalty that’s imposed, from what we’ve seen can be five [seconds] or could be 10.”

96 comments on “Track limits policy did not change during race despite Hamilton’s warning, says Masi”