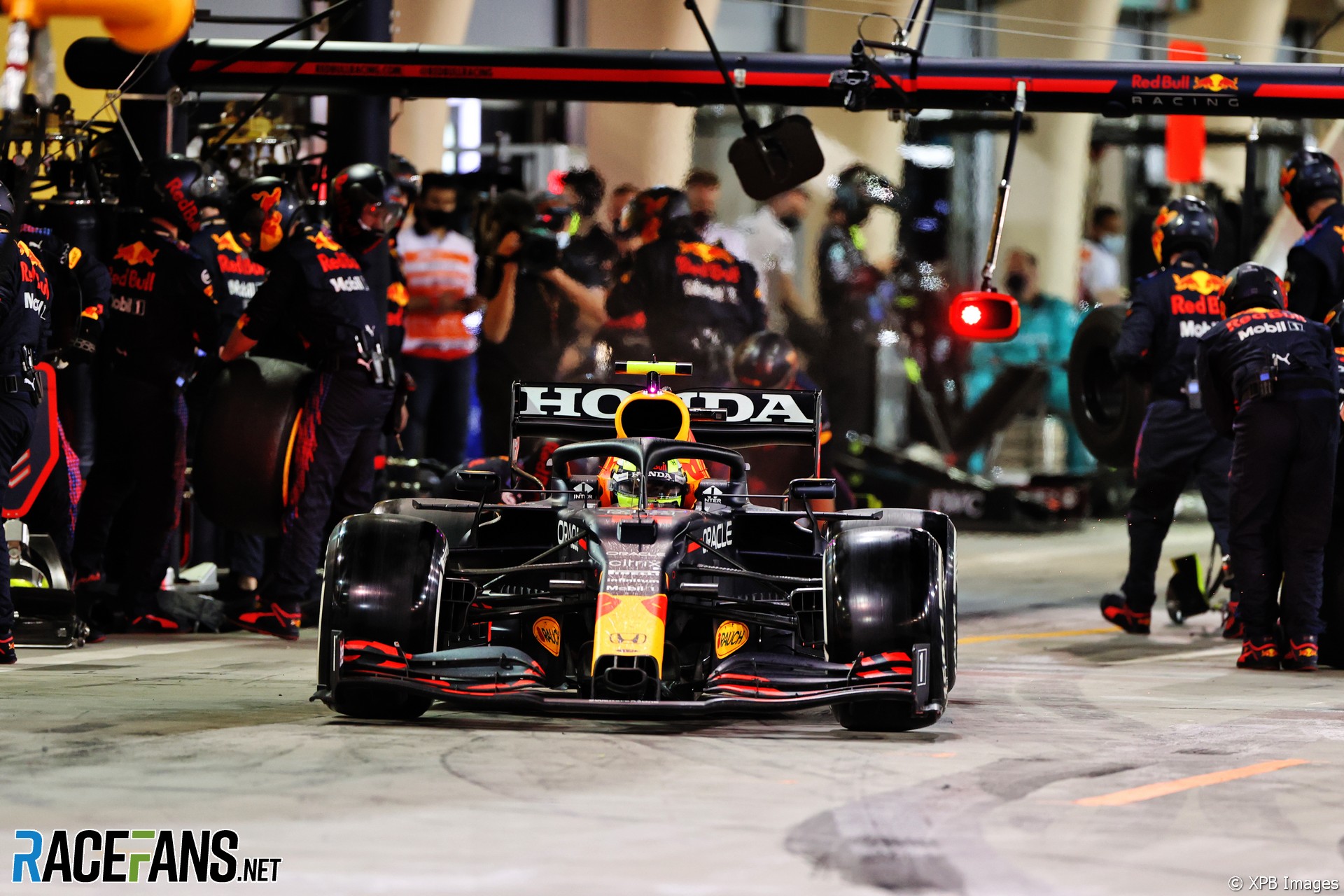 Sergio Perez has revealed he nearly gave up hope of starting the Bahrain Grand Prix when his car stopped on the formation lap.

In a remarkable change of fortune the Red Bull driver was able to restart his car, begin the race from the pit lane, and salvage a fifth place finish on his debut for the team.

Red Bull had already changed the energy store and electrics in Perez’s power unit earlier in the day after Honda identified a potential problem while inspecting data from his car.

Despite those precautions, Perez’s Red Bull stopped on the straight leading to the final corner on the formation lap.

“In the middle of the corner, everything just shut down,” Perez explained. He said he had “no idea” what caused the stoppage, and was about to give up hope of starting the race when the team’s sporting director Jonathan Wheatley came on his radio.

“I was about to jump out of the car and all of a sudden I start to [hear] Jonathan. I just turned on the car and it kept going,” said Perez.

An early Safety Car helped Perez catch up to the field, switch his used medium tyres for a second set after five laps, and start his charge up the order. He briefly held third as those around him pitted, then for his final stint on mediums worked his way from eighth to fifth.

He was relieved to complete a race which at one stage he appeared unlikely to start.

“I was pleased just by the fact that we managed to get those kilometres under my belt,” he said. “Yesterday missing Q3 really delayed our progression because through qualifying we can see that things are starting to click better. It’s a real shame that I didn’t maximise yesterday, but I think today things are starting to click a bit more lap by lap.”

Perez’s fastest lap in the race was second only to team mate Max Verstappen, until Valtteri Bottas made a late pit stop for fresh tyres and set the quickest lap of the day. The Red Bull newcomer was encouraged by the pace he showed.

“I think that’s a positive bit, that the race pace is strong. But it’s just so many things that are still clicking. I think at the moment everything comes together, we’re going to be pretty strong, but we just have to be solid and get the pace done properly. And then it should be pretty good.”