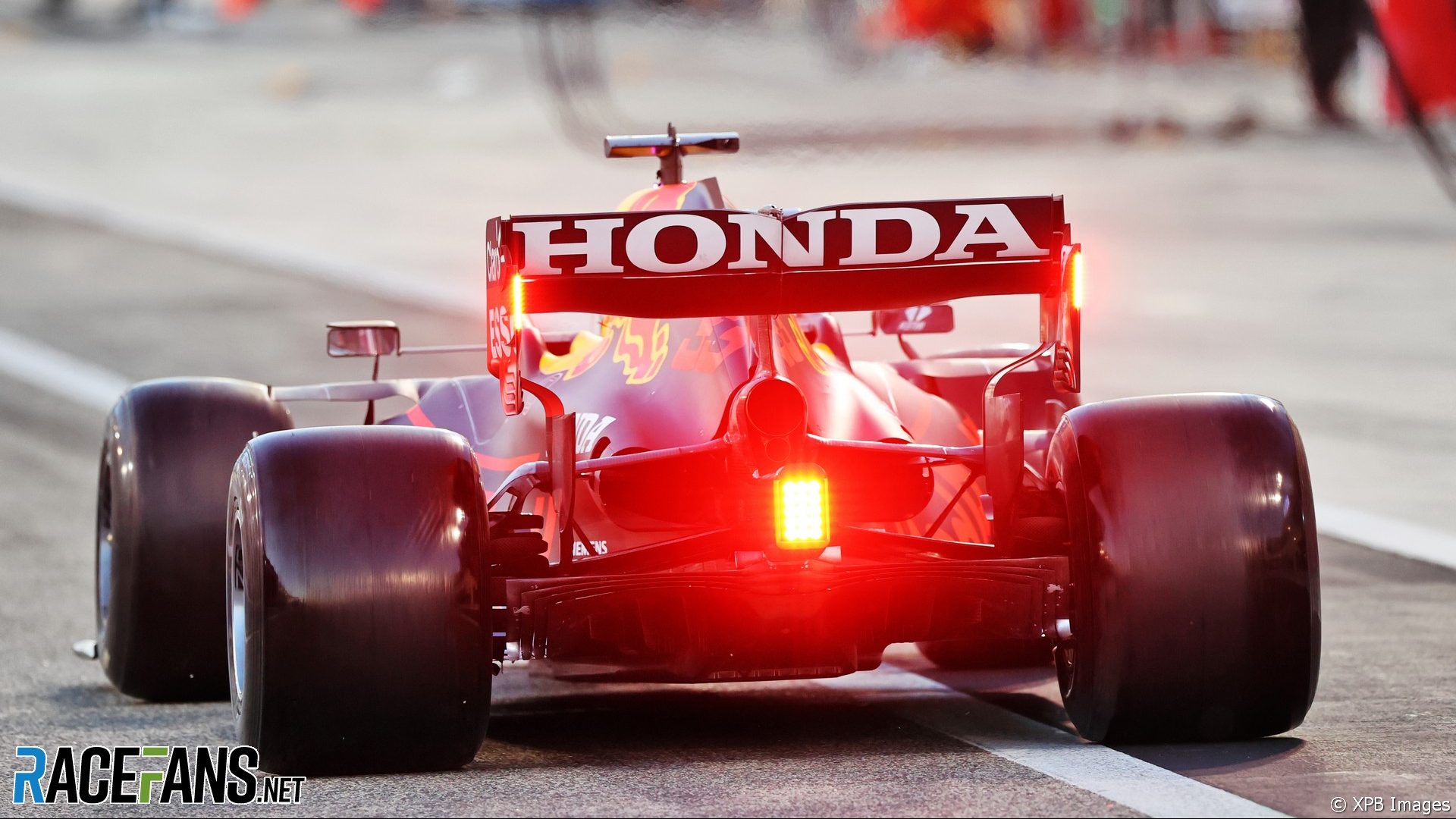 Verstappen was fastest by 0.388 seconds in the final segment of qualifying, where the usually dominant Mercedes cars were his closest rivals. While his new Red Bull team mate Sergio Perez failed to make it to Q3, there was a second Honda-powered car in the top 10 as AlphaTauri’s Pierre Gasly qualified fifth.

The competitive order in F1 has been shaken up by new technical regulations which appear to suit Red Bull’s high-rake design philosophy better than Mercedes’ car. However Verstappen believes there are other reasons behind their improved form.

“It’s our philosophy now for a long time,” he said. “I don’t think you can point that out on that. I think there are a few factors. We knew our weaknesses from last year, and that’s not only with rake.

“It has to do with rake. Also from the engine side, I think Honda has worked really hard to improve their engine in general. And I think they’ve done a great job.”

Verstappen said he is pleased to have started the year on a high following the team’s slow start sto recent seasons. “That’s what you always aim for,” he said. “And of course the last few years it hasn’t really materialised.

“But in a way, of course, the regulations haven’t really changed a lot and I think we knew what our weaknesses were last year. And it seems like we addressed them so far at the beginning of the year.”

He described Honda’s progress over the winter as their most impressive effort to date. “That doesn’t mean, of course, that in the previous years it wasn’t impressive,” he said. “I think their turnaround has been very good and their understanding of the engine, I think is impressive.

“It’s really enjoyable to work with them as well. They’re really passionate and emotional, which I like. They’re just flat-out all the time. They want to win. And you can really see that.

“Big credit to them also for the result today. They had a great winter.”

3 comments on “Honda’s “great winter” is its most impressive effort yet, says Verstappen”