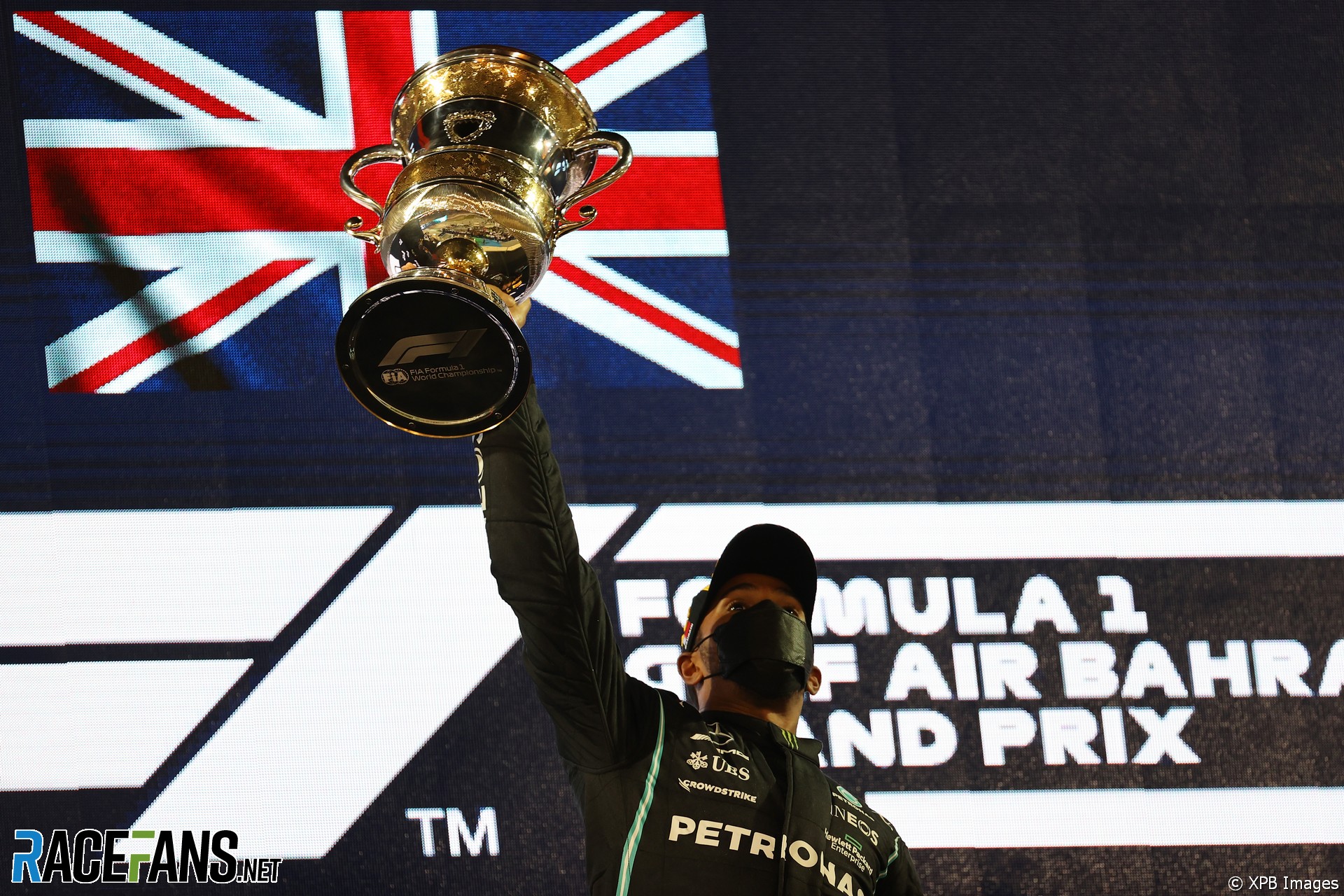 Lewis Hamilton says “it’s going to take everything and more” for Mercedes to keep beating Red Bull after taking a narrow win over Max Verstappen in the Bahrain Grand Prix.

Verstappen’s Red Bull looked like the car to beat going into the race. He topped all three practice sessions, took pole position and led the early stages of the race.

But an early pit stop for Hamilton to fit the hard compound tyres allowed him to undercut Verstappen and take the lead. He ran a long final stint on hard tyres, at the end of which Verstappen drew within range.

“What a difficult race that was,” said Hamilton. “Definitely stopping early, we knew was going to be difficult but we had to cover Max.”

Verstappen briefly passed Hamilton at one stage, but ran wide at turn four when he did so, and was told to give the place back. Hamilton held on to win the race by seven tenths of a second.

Hamilton said he expected to be “six to eight tenths” of a second slower than Verstappen per lap. He credited the “spectacular” work Mercedes have done since pre-season testing to improve the car and get the whole team “hyped” for the Bahrain Grand Prix weekend despite not expecting to win.

“They’ve had amazing performance all weekend, so it was going to take something pretty special,” he said. “We stopped for that last stint and trying to find the right balance between not pushing too much and having tyres at the end of the race was typical, and Max was all over me right at the end, but just about managed to hold him off.

“It was one of the hardest races I’ve had for a while, so I’m really grateful for it and massively thankful to the men and women back at the factory and here also for continuously pushing the boundaries and never giving up even if we do feel we’re behind.

“It was so hard in the car today. But what a great event and this is a really good start for us.”