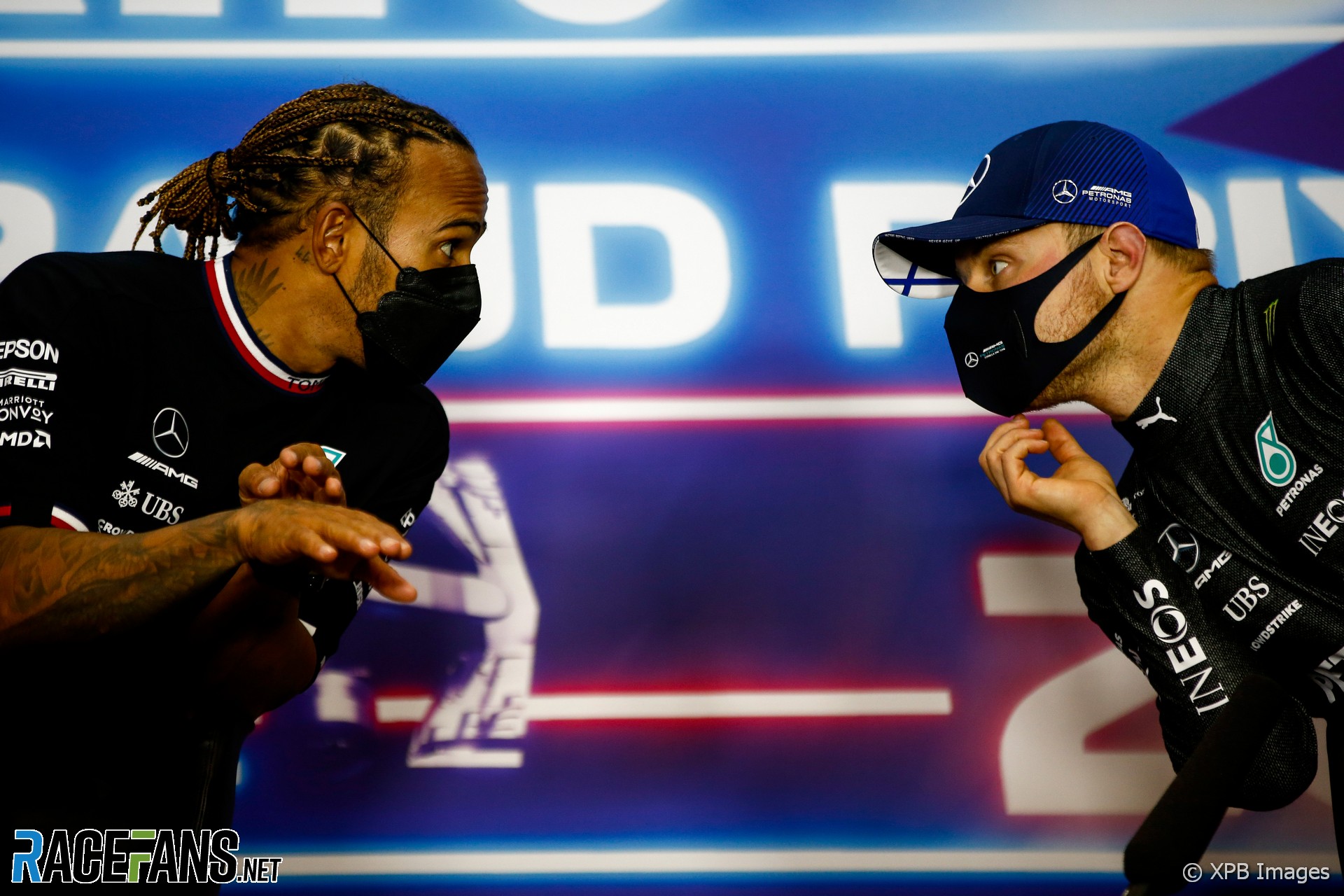 Lewis Hamilton said he was confused by race control’s changing policy on enforcing track limits at turn four during the Bahrain Grand Prix.

“I think it is very confusing,” said Hamilton. “There are most tracks we’re not allowed to put four wheels outside the white line, but this weekend and that particular corner, we weren’t allowed to on Friday. In actual fact, you could go two wheels outside the line, but you can’t go past the blue and white kerb. But in the race you can, and that was what had been written.

“So when we go into the race, then you can. But it’s quite a different corner when you have to do one or the other in terms of approach. And it is faster when you can go out.”

Hamilton repeatedly ran wide at the corner early in the race. Max Verstappen, who saw what his rival was doing, asked his team: “How is that legal?”

Red Bull advised him to do the same to avoid losing time to his rival. Later, Mercedes told Hamilton they had been warned to stop running wide at the corner, or they would risk a penalty.

“Halfway through the race they basically changed their minds and all of a sudden you’re not allowed to go outside that white line,” said Hamilton. “Which is fine for me, it’s actually I think faster in the end for me, and helped me look after my tyres, actually. So I’m grateful for the call.”

At the end of the race Verstappen overtook Hamilton by running wide at the corner, but race control immediately told Red Bull he had to relinquish the position, which he did.

Verstappen was also confused by the mixed messages given on track limits.

“Throughout the race I was told that people were going wide, so they told me to do the same because you do gain lap time doing it. So I did. And at one point they told me not to do it any more. So I don’t know.

“In qualifying, of course, it was not allowed, your lap time got deleted. And so I don’t know how it got to the point where people were doing it without getting warnings.

“But at the end of the day when I was fighting Lewis, I went outside of the track limits. I think quite quickly the race director was onto us to tell me to give the position back, so that’s exactly what I did.”

Mercedes team principal Toto Wolff said he and sporting director Ron Meadows were in contract with race director Michael Masi about the turn four policy throughout the race. Wolff said drivers need to be given clear, consistent instructions about track limits in future.

“The message that reached the drivers [was] very simply, track limits in turn four wouldn’t be sanctioned in the race. Ron and I were speaking to Michael during the race, that Michael referred to the note saying that, yes [you may run wide], but only if you are not gaining an advantage. And that was in the notes.

“I think that the learning of this needs to be simple so everybody can understand it and they don’t need to carry the document in the car to read it and remind themselves what actually is allowed and what’s not.”