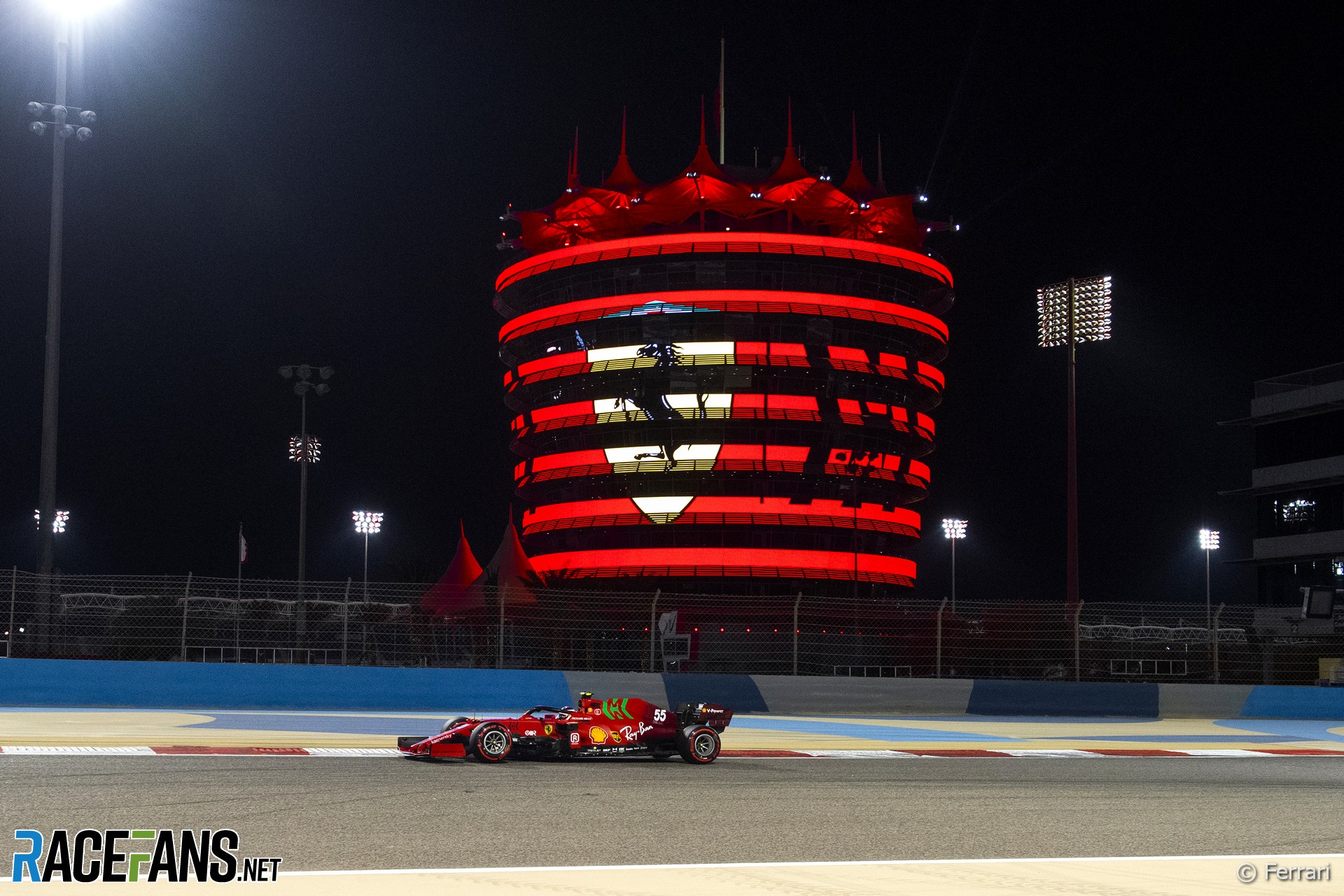 Ferrari’s much-improved performance in qualifying ahead of the season-opening Bahrain Grand Prix has caught the attention of rival teams.

Charles Leclerc will line up fourth on the grid for today’s race, having qualified within seven tenths of a second of pole-winner Max Verstappen. Leclerc’s new team mate Carlos Sainz Jnr qualified eighth.

While all 10 teams are lapping slower than last year due to new aerodynamic restrictions, Ferrari are much closer to their 2020 pace than their rivals.

Ferrari were expected to make gains with their new power unit for 2021, but the team’s overall pace was of surprise to some of their rivals.

“I’d say, to be honest, the works team have taken actually a really quite impressive step based on today,” says Williams’s head of vehicle performance Dave Robson.

“I think Leclerc was exceptional. So I’m sure that some of it is a good step up in the power unit.

“But it’s not so obvious next door at [Ferrari customers] Haas, although I guess they’ve got new drivers and there’s a bit more going on there. I think it’s still a bit too early to say. I’m quite sure that the Ferrari power unit would have stepped up from where it was last year.”

Alpine’s executive director Marcin Budkoswski was also impressed by what he saw from Ferrari.

“Ferrari were strong today, a little bit stronger than we expected them [to be],” says Budkowski.

“I think that group with McLaren, with Ferrari, with AlphaTauri, with ourselves, Aston Martin and I think Alfa Romeo were not far off either – that group is very, very tight.

“It’s almost like fifth to 16th is going to be tight and circuit-to-circuit, conditions-to-conditions it’s going to be variable.”

Leclerc produced several impressive qualifying performances during 2020, but often couldn’t sustain the same pace over a race distance. McLaren’s Daniel Ricciardo, who will start between the two Ferraris, suspects they’ll be stronger over a race distance today.

“We saw Charles put in some big qualifying [results] last year but didn’t have the race pace to maintain it. I think it’s a different story this year, we’ll see.

“I expect him to have decent race pace as well. So I think he’ll be there ’til the end.”

6 comments on “Ferrari have “taken a really quite impressive step”, say rivals”