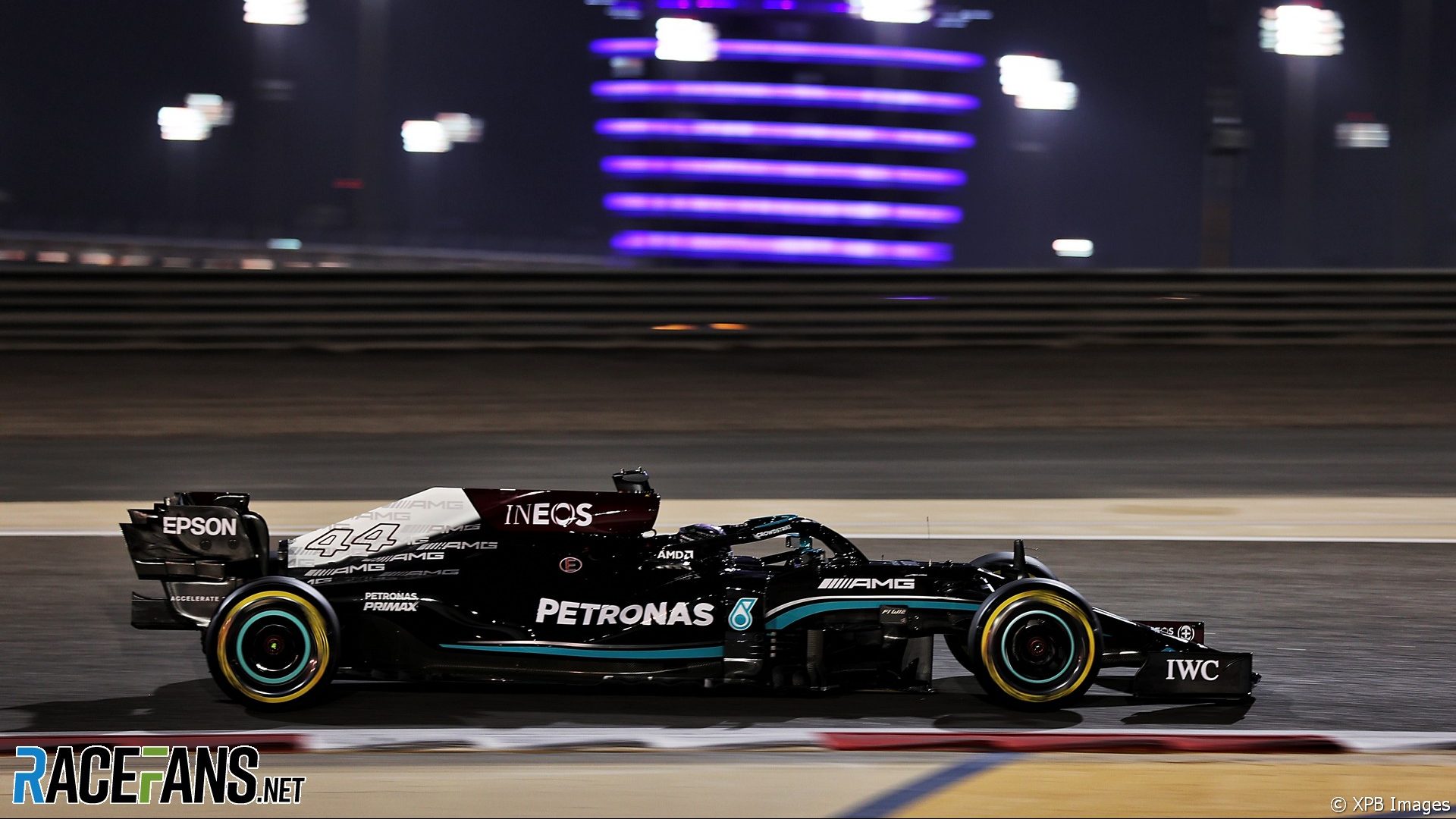 The world champion looked ill at ease with his new car during the three-day pre-season test at Bahrain International Circuit. He suggested off-season rules changes cutting rear downforce had hit Mercedes harder than other teams.

“Obviously coming into this weekend we’ve done a lot of work in the past week and I think we have taken a step forward, but we still have more to do,” said Hamilton after practice.

“With tyres and downforce reduced, the global balance has just shifted and it wasn’t where we wanted to be. This weekend it’s looking better, but still not perfect.”

Asked where Mercedes need to focus to improve the car for qualifying, Hamilton said: “Stability.

“It’s all about having a stable car, and knowing how to make the tyres last. That’s going to be key in this climate and the wind that we have here.”

Blustery winds and possible sandstorms are expected over the next two days of the grand prix weekend. Hamilton said the weather forecast for the rest of the weekend is “not great” for Mercedes, as they try to claw back the downforce lost through the 2021 regulation changes.

“The rear is unstable as it is, but everyone I’m sure will be in the same boat, some more and some less [with the wind].

“It’s when you approach a corner and the rear moves and you’re trying to find that tipping point. But the tipping point used to be further away with more downforce on the car, now it falls away much quicker than usual.

“These tyres, the performance we’ve lost on tyres this year doesn’t help, but we’ll work away on that and try to find a way.”

Red Bull and McLaren outpaced Mercedes in practice, and Hamilton said he expected them to be further ahead.

“We thought Red Bull would be as fast as they are, if not faster. So we know they’re leading at the moment. McLaren are looking great, and it’s great to see them taking a step. It would be interesting to see how the long runs are.”

As third practice on Saturday takes place during daylight hours, the long run pace in that session won’t be as relevant as the race will take place in cooler conditions after dark. Mercedes team principal Toto Wolff said their car hadn’t worked as well in the lower evening temperatures.

“The night has fallen and the conditions haven’t come towards us,” he told Sky. “It’s just a real dogfight.

“When you overlay the fastest laps, and even the long runs, it’s just so very close that every kilogram in fuel load can make quite a big swing. So we don’t really know [where we are].”