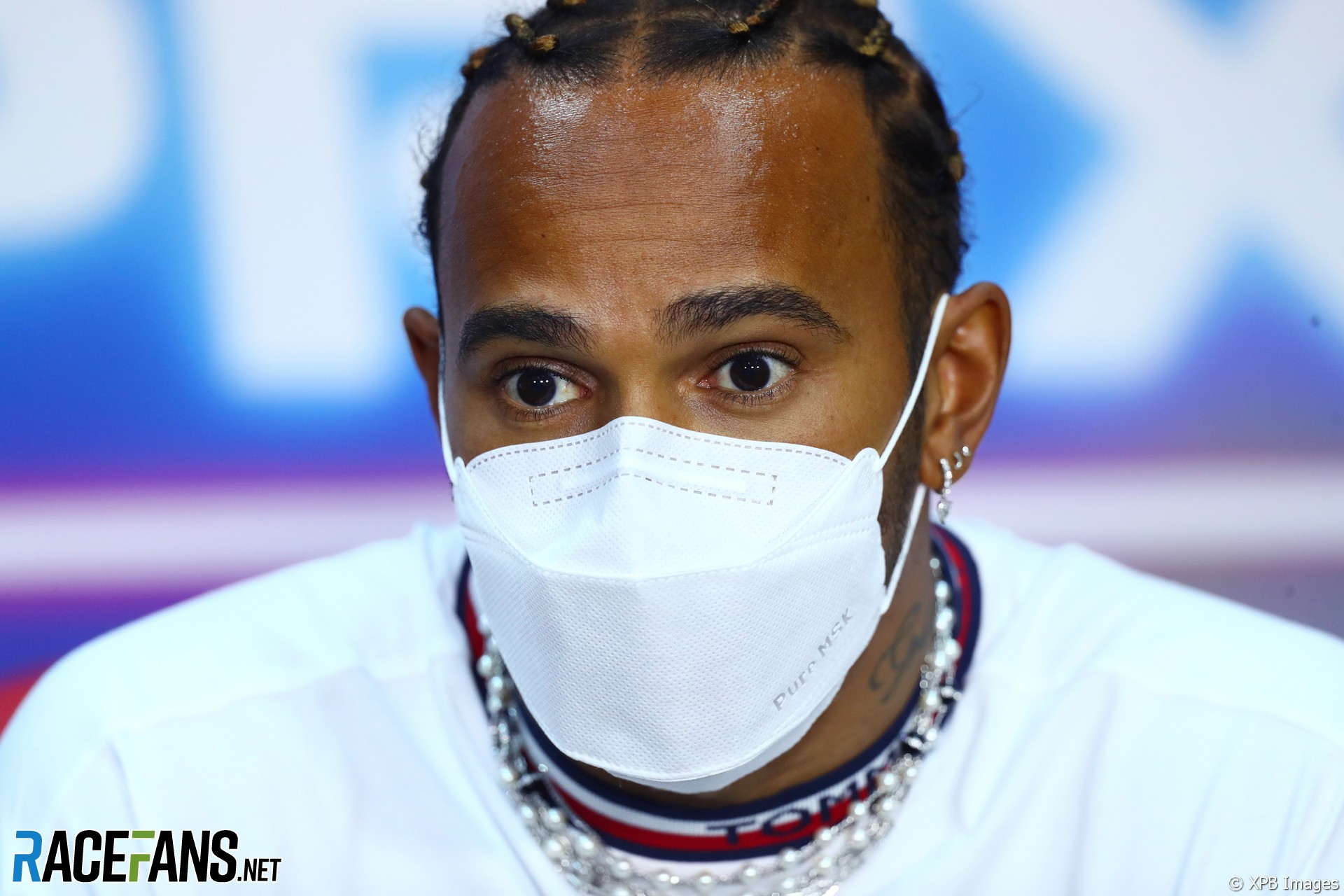 Lewis Hamilton met with Britain’s ambassador to Bahrain to discuss concerns over the human rights situation in the country.

Last year the Formula 1 world champion received letters from a group of human rights organisations claiming the Bahrain Grand Prix is linked to human rights abuses in the country, including torture and sexual assault.

Hamilton said the letters “weighed quite heavily on me” when he read them. “It’s the first time I received letters like that along my travels.”

He has discussed the human rights situation in Bahrain with several relevant parties, including Britain’s ambassador to the Middle Eastern nation, Roderick Drummond.

“I’ve taken, for the last few months, time to try and educate myself because coming here all these years, I wasn’t aware of all the detail of the human rights issues.

He declined to comment on the outcome of the discussions. “At the moment the steps that I’ve taken really have been in private and I think that’s the right way to go about it. I don’t really want to say too much that may jeopardise any progress. That’s the position we’re in now. But I’m definitely committed to helping in any way I can.”

A group of British members of parliament has written to F1 figures including Hamilton and the championship’s CEO Stefano Domenicali, urging the sport to investigate any connection between the race and human rights abuses. The race was omitted from the F1 calendar 10 years ago following the suppression of pro-democracy demonstrations.

Asked how F1 should respond to the accusations, Hamilton said “it’s not in my power to choose where we go and race.

“But just reflecting again back on the powerful position that we are in, in terms of the responsibility, human rights, I don’t think, should be a political issue. We all deserve equal rights.

“In terms of whether it’s Formula 1’s responsibility, I don’t know if that’s for me to say. But as I said, I’m taking steps and understanding.

“As a sport we do go to a lot of different places and we visit lots of different, beautiful countries and cultures. And naturally there’s issues all around the world. But I don’t think that we should be going to these countries and just ignoring what is happening in those places and arriving, having a great time and then leave.”

Hamilton is heading into his 15th season as a F1 driver having only signed a one-year extension on his Mercedes contract. But he downplayed concerns he could leave the sport at the end of the year, describing his pride for the steps F1 has taken to address social issues through its ‘WeRaceAsOne’ initiative, and insisting his preference for a short-term deal “has nothing to do with whether we are or we’re not winning a championship”.

“I don’t quit when the going gets tough,” continued Hamilton, who wants to begin negotiations with team principal Toto Wolff on his next contract earlier in the year than previously.

“I wanted a one-year deal. I said to Toto it would be good, if we are to work on the future together, [that] we should talk about it much earlier than January, just before season testing starts.

“I’m fully committed to this sport. The sport is in, I think, the best place it’s been in terms of the steps we are taking. I’m really proud of what F1 is is doing in terms of acknowledging that they have a great platform to work towards a better world.

“And I love what I’m doing. I’ve arrived more excited, I think, than I have in a long time. I just said to Bono [Peter Bonnington, his race engineer], just excited to get going. We’re going to have a real great battle one way or another. And that’s what I’ve always loved.”