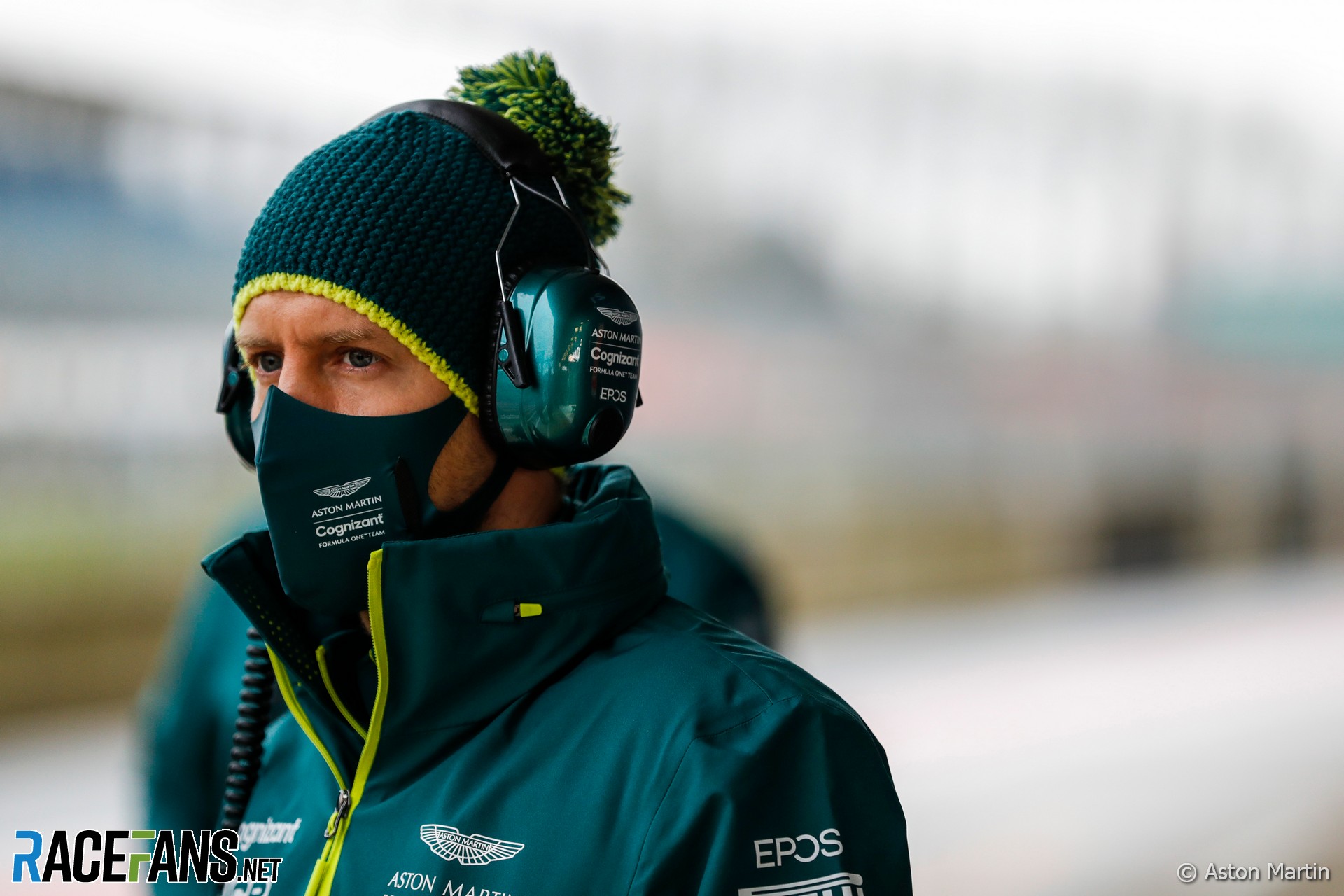 In the round-up: Sebastian Vettel says he would still feel short of pre-season running even if his day-and-a-half of testing in his new Aston Martin had been trouble-free.

Vettel covered the fewest laps of any race driver in pre-season testing:

Even I think the people that had no trouble at all and did lots of laps, I don’t think you can acquire all the information about the new cars, the new tyres, the changes over the winter that might have been on top of that in just one-and-a-half days in the car.

Plus, let’s be honest, our sport is quite difficult to practice. We need to be in the car, we need to run. You can do the simulator all winter long but it’s not the same. So if anybody steps out of the car and says that after one and a half days he is up to the speed that he was after 17 races in 20 weeks last year sort of thing, I think that’s not possible.

So it will naturally take a little bit of time to get up to speed. But I’m sure that some people need more, some need less.

"I’ve said to his father, 'Lewis needs to be careful. Because he’s being used by the people who are supporting this Black Lives Matter and they are taking a lot of money from it. And nobody knows where it goes.'"

You Want to know the real Pierre? (The Players Tribune)

Pierre Gasly: "It was a difficult time for me at Red Bull because I didn’t feel like I was really supported and treated the same way as others there have been. And for me... that’s something that I just can’t accept."

"We haven’t spoken. My relationship with Lewis is fine. There are no issues."

"Corberi’s representatives highlighted the pitlane fracas between Michael Schumacher and David Coulthard when the former confronted the Scot at the 1998 Belgian Grand Prix."

Michael Masi: "The FIA’s driver training programme is a crucial element in the drivers’ development through the FIA single-seater pyramid. Since its introduction in the FIA Formula 2 Championship in 2018, this pre-season session has ensured all the competitors have the required level of understanding of the regulations and procedures to race in this high-level championship – knowledge that will be vital for those looking to progress to the pinnacle of motor sport and achieve a place in Formula 1."

"Addressed an issue where tyre temperature could be at absolute zero after re-joining a session."

Should F1 teams be allowed to sign drivers as young as 13 years old?

In football, signing minor players is banned. However, football clubs are getting around this restriction exploiting a loophole in the FIFA regulations. Article 19(2)(a), allows minors under the age of eighteen to transfer internationally if the child’s parents move to the country for “reasons not linked to football.” Therefore, the clubs will create legal jobs for the parents not linked to football in which they are very well paid so that they register their child within the club according to transfer regulations.

Signing young footballers, can be very a profitable business because. For example in the case of the European clubs, it has two benefits: It will keep them within the home grown rule (quotas of locally trained players) which was intended to decrease the financial disparity between football teams and second and most importantly make a profit when the player will be sold after he will be eligible to transfer.

While FIFA can’t completely outlaw minors transfer because that will be unfair to millions of children (sons of immigrants) around the world to practise football but they what they did was to punish clubs and federations in case of abuse of article 19. In the period of 2014-2016, Barcelona, Atletico Madrid, Real Madrid and the Spanish FA were punished (transfer ban) and fined because of what FIFA considered a breach of article 19.

That said, I don’t know how things operate in motorsport but I’m quite sure that F1 teams are doing the same as football clubs with regard to signing minors.
@Tifos01989

My dear friend Johnny Bute has passed away. A very special man. Shared a great day with him at home just last October. Quite simply he was one of my favourite people. I will miss you badly Mate. My love and affection to Serena and family. x pic.twitter.com/jx5QaKwnyw

Emerson Fittipaldi Jnr, the 14-year-old son of the two-times Formula 1 world champion, has joined the Sauber Academy and will step up to single-seaters this year in the Danish Formula 4 championship.#F1 #F4 pic.twitter.com/8SBiaZ5lbk

A core production offering, not a limited-edition model, the new Vantage F1® Edition sits at the top of the Vantage model line, and is the first to receive direct input from Aston Martin CEO, Tobias Moers.#AstonMartin #Vantage

Not sure I will ever tire of seeing this. Amazing effort from everyone at @BoxToBoxFilms @F1 #drivetosurvive pic.twitter.com/LWG20XHqwm