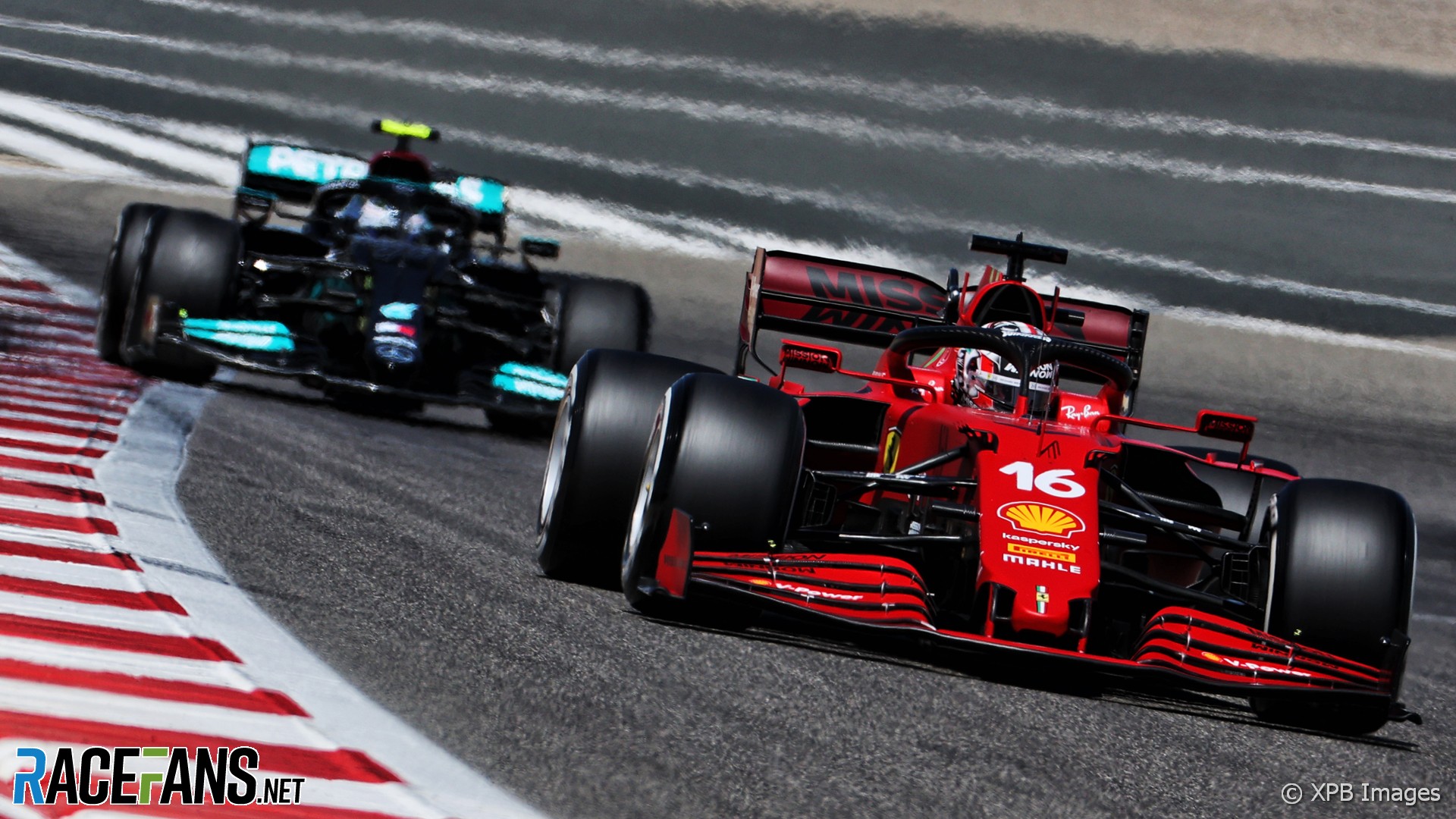 Ferrari have given the strongest indication yet how much progress they have made addressing their biggest weakness ahead of the 2021 F1 season.

The team slumped to sixth place in the championship last year. The SF1000 was at a clear disadvantage on the straights, as were the cars of customer teams Alfa Romeo and Haas, pointing to a performance deficit in Ferrari’s power unit.

Ferrari reached a private settlement with the FIA on the eve of last season following close scrutiny of the engine design it used in 2019. It prompted speculation the team’s compliance with the rules had been in doubt, but neither they nor the FIA disclosed the terms of the settlement.

The team has produced a new power unit for 2021. Sporting director Laurent Mekies said it performed well on their dynamometer before testing began, and pre-season running in Bahrain indicated it is performing as expected.

“The engine is better, there is no doubt,” he said. “We don’t need to come to the track to know it, in the way that we have dynos, we know that the engine has made a large step forward.

“Is it enough? It depends how much the other guys progress in the meantime. We have no way to estimate that apart from our own experience in developing [power units]. So I think it will take a race or two to estimate where everybody is at.”

Mekies said the team won’t jump to conclusions about how competitive they might be on the basis of their testing performance.

“We are in the phase where we are making sure that we have on the track what we are supposed to have. We try not to get distracted by what’s around us.

Speaking on the third day of the test, Mekies said there had been “no outstanding issues” which had interrupted their running. “Which doesn’t mean that there is not a number of steps that will need to be done in all areas,” he added.

27 comments on “Ferrari: “The engine has made a large step forward””