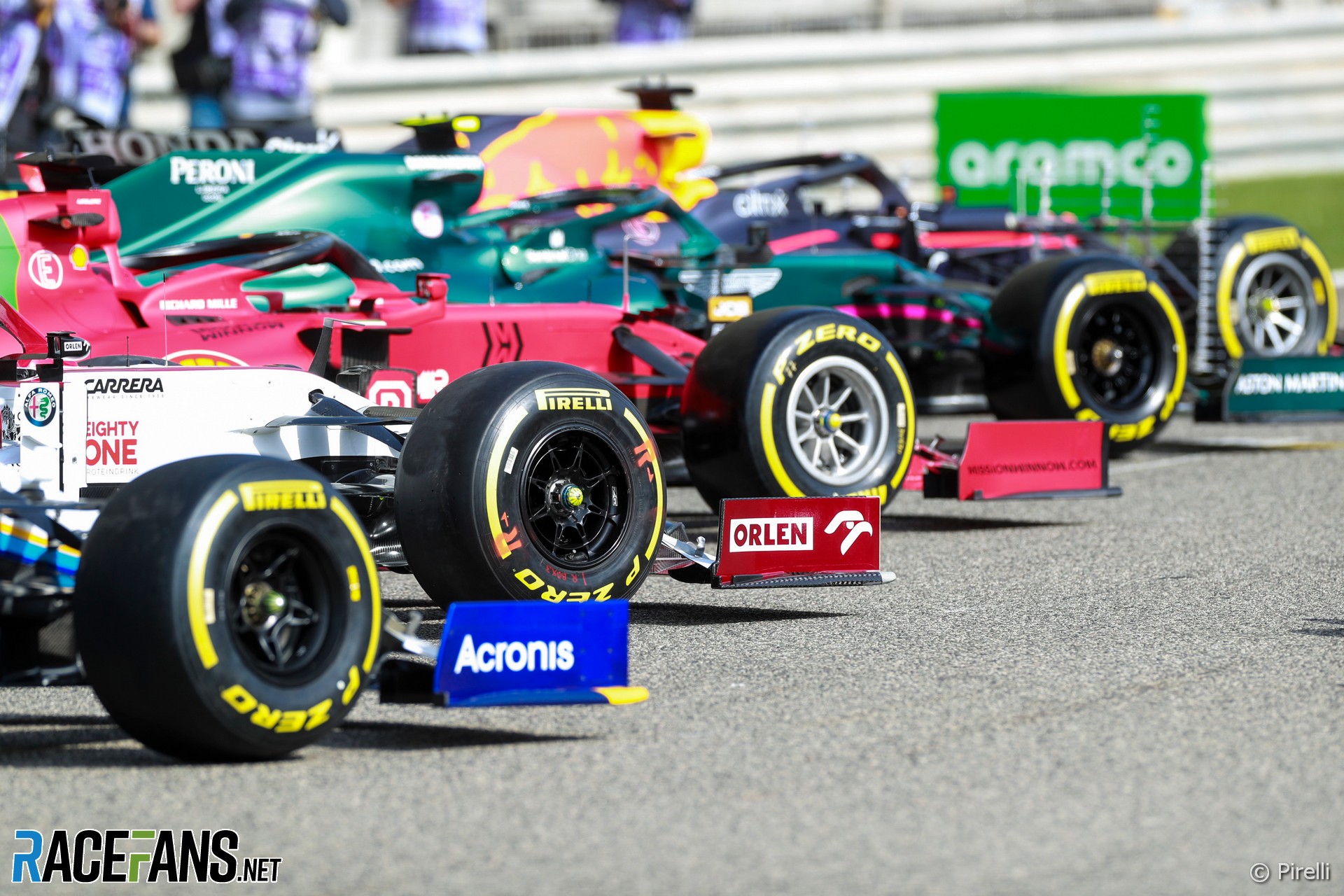 The field for the 2021 F1 season has a rather different look compared to last year.

Gone are the striking pink of Racing Point and yellow of Renault. Those teams have changed into Aston Martin and Alpine, bringing the more muted shades of British racing green and French racing blue back to the Formula 1 grid.

National colours are in vogue at Haas as well, though perhaps not the ones you’d associate with an American-owned team. Investment from Uralkali has brought a change to a livery which embraces the colours of the Russian flag while skirting a ruling which prevents Nikita Mazepin bearing his national banner on his car.

But surely the most surprising livery change is to be found at Ferrari. Who would ever have thought a sponsor would be allowed to sully the flanks of a scarlet prancing horse with neon green?

Williams have also restyled their car and detail changes abound elsewhere, notably at Alfa Romeo and AlphaTauri. But which team has produced the most aesthetically pleasing car this year? It doesn’t matter a jot next to how quick they are, yet the subject is usually just as vigorously debated.

Mercedes’ traditional silver paintwork was a link to its past. Juan Manuel Fangio and Stirling Moss in the fifties, Jochen Mass and Manuel Reuter in the eighties, and more recently Nico Rosberg and Lewis Hamilton carried the same colour to victories.

Last year’s decision to end its decades-long association with silver and paint its cars black to draw attention to the importance of improving diversity and tackling racism was a bold move. Cause-inspired liveries may not have a great history – recall Honda’s late-noughties ‘Earthdreams’ design – but Mercedes have shown success on the track needn’t mean turning a blind eye to wider problems in the world.

Red Bull has retained its well-worked matte livery and incorporated some changes in sponsors. Sergio Perez’s backers now appear on the car, and Honda logos appear where Aston Martin used to be, though the Japanese manufacturer will depart at the end of the season.

McLaren has settled into the current iteration of its livery, blending its heritage papaya with blue, a colour there’s no shortage of on the grid this year.

The first major livery change of the year. The BWT pink is almost entirely gone, its coachwork instead given over to a deep British racing green. The team will hope for better things than the likes of Caterham/Lotus or Jaguar achieved with it previously.

As Renault, their livery became increasingly more black than yellow. Rebranded as Alpine, the A521 is a much more colourful affair – just the thing to announce the arrival of their less well-known niche sports car brand.

Blending the usual Ferrari red with the burgundy shade used for their 1,000th race last year creates an unusual effect, as if the back portion of the car is perpetually in a shadow. On top of that long-time sponsor Philip Morris International has chosen a deliberately eye-catching shade of green for its Mission Winnow logo – for now, at least.

Last year Red Bull rebranded its junior team Toro Rosso as AlphaTauri after its fashion brand, decked out in a new white and dark blue livery. For 2021 there’s rather more blue on the car.

The combination of Alfa Romeo scarlet and Sauber white has been remixed for 2021. But the statement is much the same as before: This is a car manufacturer applying its brand to an otherwise independent racing operation.

Haas previously appeared in the corporate colours of Gene Haas’s machine tools business, except in 2018 when they took on the branding of a little-known energy drink company, who pulled their backing halfway through the season.

Now their white, blue and red strongly evokes the Russian flag, particularly on the engine cover and front wing. This is controversial as the World Anti-Doping Agency has forbidden the use of the Russian flag by Russian athletes, such as new Haas driver Mazepin. So far WADA has not indicated the car does not comply with the ruling.

Last year the Williams family sold the team it founded over four decades earlier to Dorilton. The new owners have wisely kept the name of the nine-times championship-winning outfit and produced a livery which it says is both a nod to past Williams designs and a fresh, modern look.

Which F1 car design for 2021 is your favourite? Cast your vote below and have your say in the comments.

Here are out 11 previous winners of the poll:

NB: The 2020 poll was conducted before Mercedes and Williams changed their liveries.