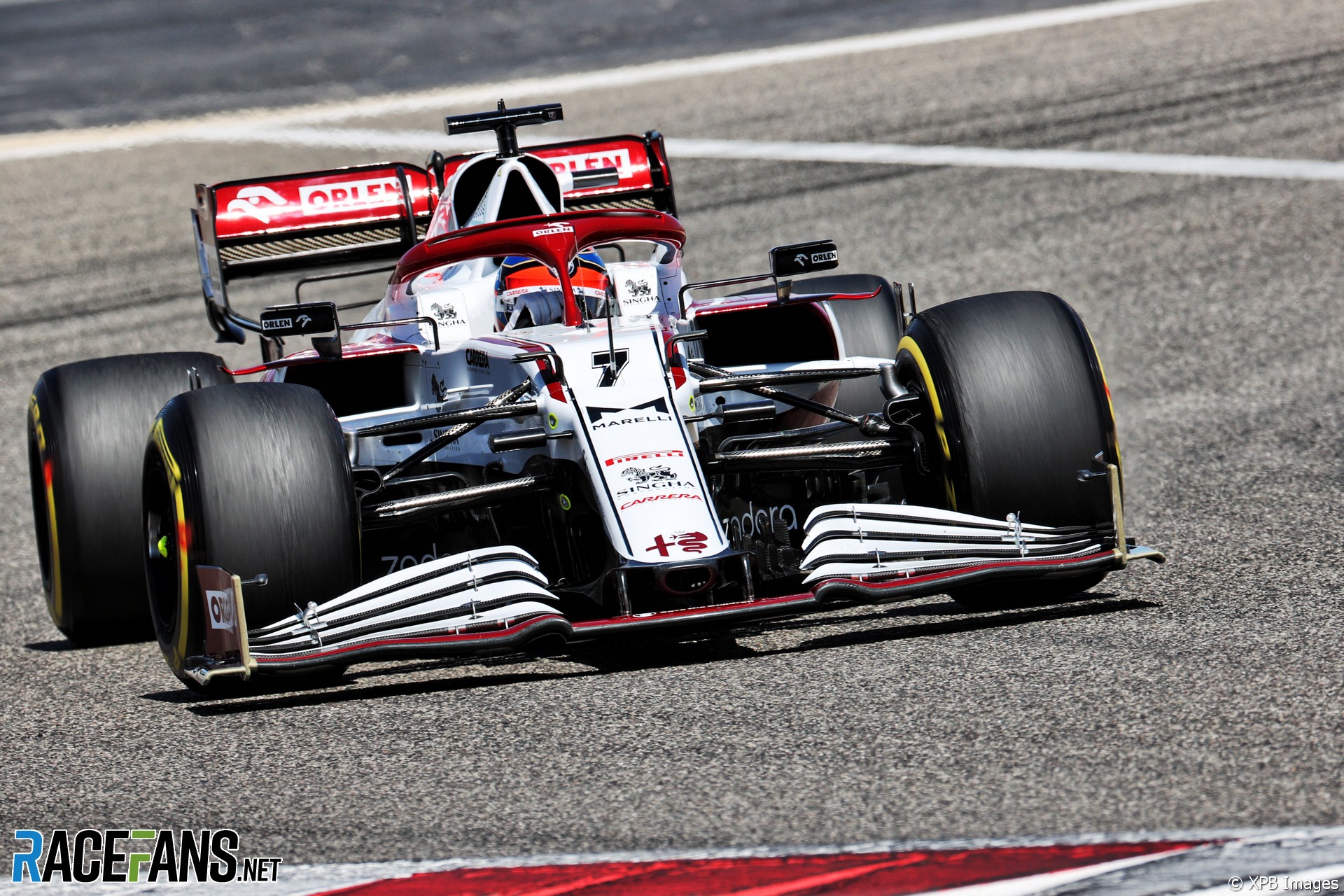 Kimi Raikkonen was encouraged by Alfa Romeo’s performance following a busy final day at the wheel of his Ferrari-powered C41 yesterday.

Despite new regulations intended to reduce how much downforce the cars generate and slow them down, Raikkonen says his new car is already quicker than the team’s 2020 machine.

Raikkonen covered 166 laps on Sunday, the highest one-day total of any driver during the three-day test. He set the fourth-quickest time of the test overall using the softest available C5 tyre compound.

Although Raikkonen said it was hard to draw conclusions about the car’s performance compared to their rivals, he feels the revised Alfa Romeo is a clear step forwards over its predecessor.

“It was a positive day,” he said. “We got all we came here for and now we just have to see where we are when we’re back here racing in two weeks.

“Times in testing don’t mean anything and, right now, we don’t know how all the other teams are performing. But we know how our car does, and feeling-wise, it is better than last year.

“I guess we are faster than at our best at the end of 2020, but whether that translate into a better performance in the races, that we will have to see.”

Raikkonen previously indicated Ferrari have improved their power unit, which had been a significant weakness for the Scuderia and its customer teams last year. Ferrari team principal Mattia Binotto said yesterday his team is no longer at a disadvantage in terms of straight-line speed.