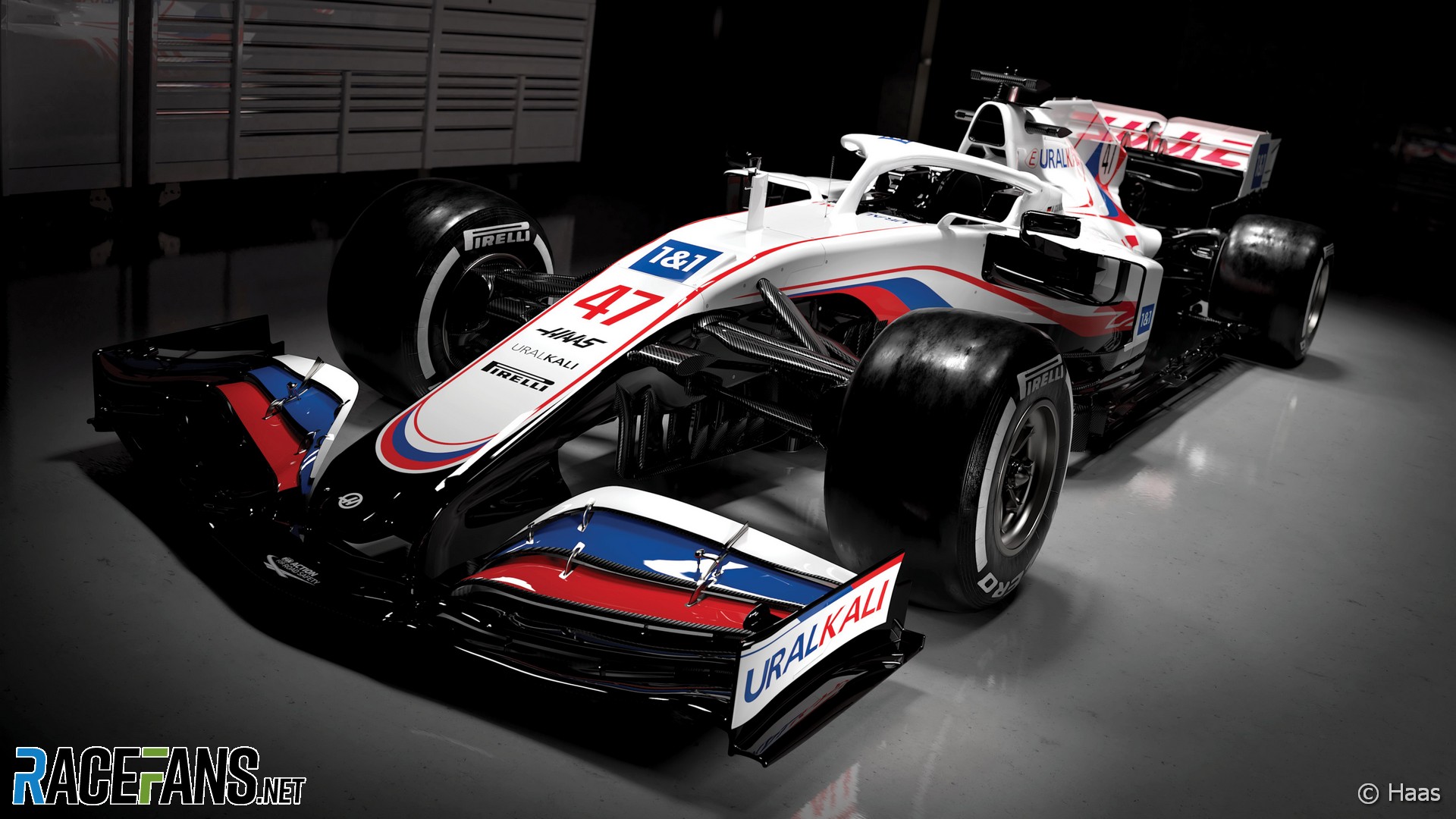 Haas has presented the livery its VF-21 will race in during the 2021 F1 season.

Formula 1’s youngest team is going into its sixth season having replaced both of its drivers. Mick Schumacher and Nikita Mazepin will make their grand prix debuts in the Bahrain Grand Prix later this month having stepped up from Formula 2.

“We look forward to representing their brand throughout the season. It’s an exciting time for the team with Uralkali coming onboard and having Nikita Mazepin and Mick Schumacher driving for us.”

Haas’s colour scheme has changed to the white, red and blue of the Russian flag. Mazepin is forbidden from using the Russian flag and associated images under restrictions imposed on the country over a long-running doping scandal.

“It’s definitely a case of all change but I’m hoping that we get back to being in the mix for scoring some points at these races,” said Haas. “It’s been a tough couple of seasons, but we’ve also got our eye on the bigger picture, in particular 2022 and the implementation of the new regulations.”

Haas goes into the new season following its most difficult campaign to date in 2020. Previous drivers Romain Grosjean and Kevin Magnussen scored just three points between them, leaving Haas ninth of the 10 teams in the championship.

The team presented the livery for its 2021 car on Thursday. The VF-21 will be presented on the morning pre-season testing begins at the Bahrain International Circuit on March 12th.

However the team’s new car for the 2021 season will be little-changed from the one it raced last year. Team principal Guenther Steiner said the team faces “a year of learning” with its two new drivers.

“It’s no secret that the VF-21 will not be developed as we focus our energies now on the 2022 car and what we hope will be a more level-playing field. We all know roughly where we expect to be this season in terms of the competition, but we must ensure we’re there to capitalise on opportunities when they present themselves.”

Schumacher and Mazepin will drive on both days during the test, Haas confirmed. “First we have to get the guys dialled in at testing,” Steiner continued. “Time behind the wheel is short, so it’ll be a steep curve, but I’m personally looking forward to seeing their development as drivers and as team members within Uralkali Haas F1 Team.”