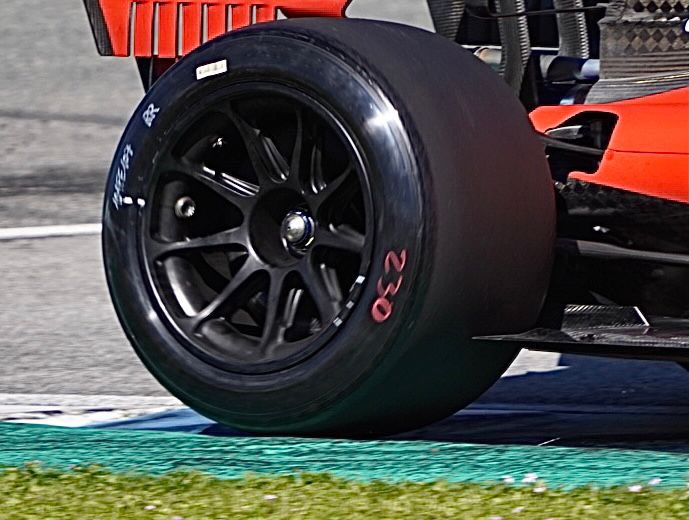 The new Ferrari driver was rumoured to have crashed the mule car, which has been specially adapted for testing F1’s new 18-inch wheels, at the Spanish circuit this week.

Asked by RaceFans about the report, Sainz said: “Obviously Pirelli testing is completely private so answering questions that are coming from somewhere else is difficult for me because I don’t know how much we can tell contractually about what happened in the test.

“But if something happened, that I’m not going to tell you, it was very minor.”

According to Pirelli, Charles Leclerc covered 110 laps of Jerez on Monday, and the two drivers did a combined total of 85 laps on Tuesday.

Sainz was encouraged by his first experience of the tyres which are due to be introduced for the 2022 F1 season.

“The first signs for me are, at least personally the first impression, has been positive, actually. It has been relatively positive, still taking into account how young the project of the 18-inch, and how little testing we’ve done so far.

“You can definitely start feeling some differences. There’s definitely some things still to keep developing but the first signs and the first feeling has been relatively positive. We need to wait until you fit those tyres into next year’s car which is going to be quite a completely different animal. But the first impressions with the mule car et cetera has been positive.”

Pirelli began its 18-inch tyre testing programme last year, but was forced to delay it due to the disruption caused by the pandemic. Leclerc said he was also satisfied with how the test went.

“I have the same opinion as Carlos on the tyres,” he said. “We’ve tried different things and to be honest there are some positive things that came out of it. So this is is good. I believe that there is still quite a bit of work but it went in the right direction and this is a good thing.”