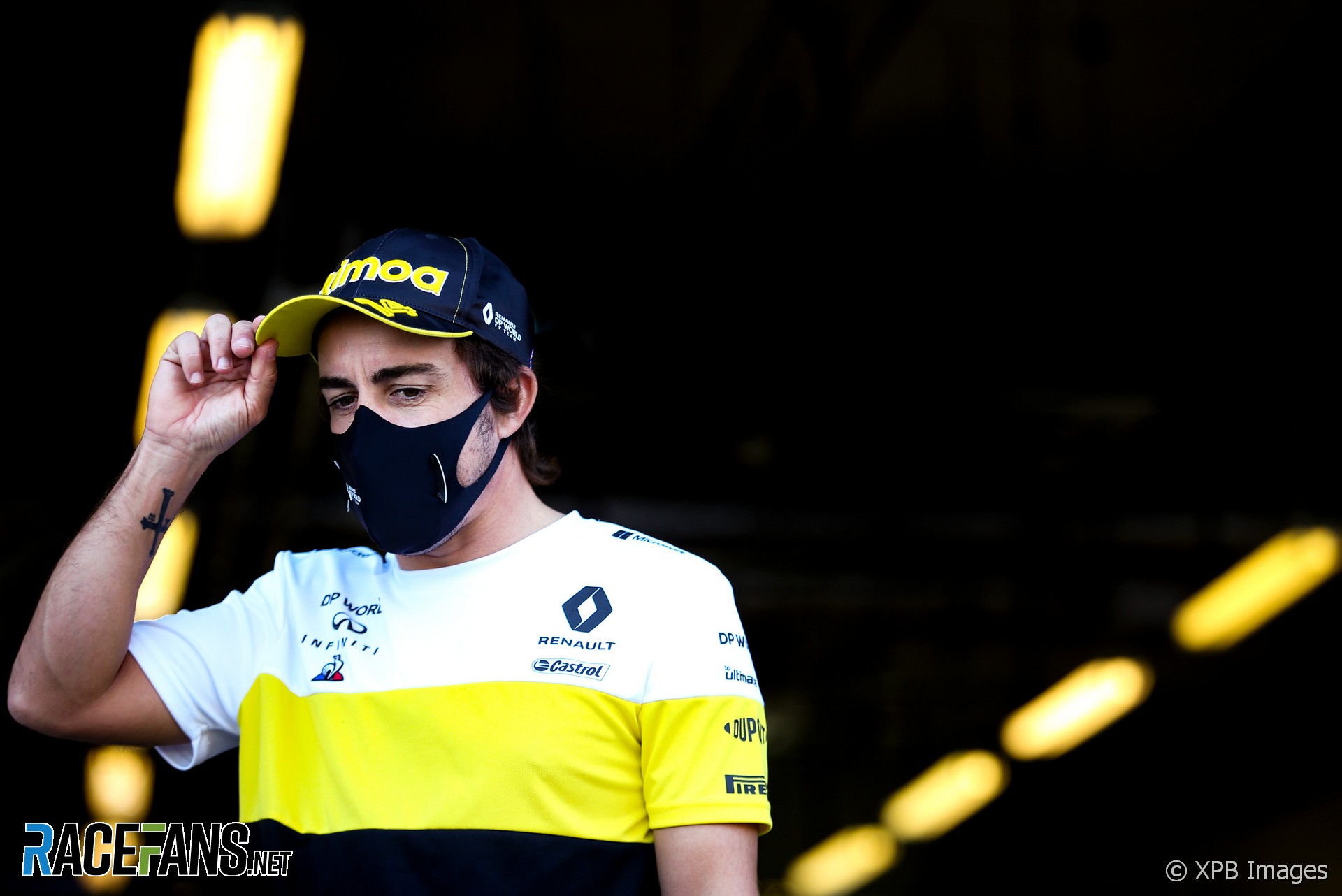 Fernando Alonso said he is “okay” and eager to resume preparations for his return to F1 in 2021 after suffering a fractured jaw in his cycling accident yesterday afternoon.

His Alpine team have confirmed Alonso has already undergone a surgery in the injury at a hospital in Switzerland. They expect the 39-year-old will recover in time to begin preparations for his return to Formula 1 this year.

“Thanks for all your wishes, I’m ok and looking forward to getting 2021 underway,” said Alonso in a social media post on the day after the accident.

“Following his cycling accident yesterday Fernando Alonso was kept under observation in hospital in Switzerland,” said his team in a statement. “Medics discovered a fracture in his upper jaw and conducted a successful corrective operation.”

Alonso is due to remain in hospital over the weekend. “The attending medical team are satisfied with his progress,” the statement continued. “Fernando will remain under observation in hospital for a further 48 hours.

“Looking forward, after a few days of complete rest, he will be able to progressively resume training. We expect him be fully operational to undertake preparation for the season.

“Alpine F1 Team and Fernando thank you for your wishes and will issue further updates when appropriate.”

The police report of the incident indicates Alonso was involved in a collision with a 42-year-old Swiss driver who was making a left turn into a supermarket parking area. Alonso, who was overtaking a queue of traffic on his bike on the opposite side of the road, struck the right-hand side of the car.

After receiving medical attention at the scene, the two-times world champion was transferred to hospital via ambulance.

Alonso is due to make his return to Formula 1 this season following a two-year absence. Pre-season testing begins at the Bahrain International Circuit in one month’s time.