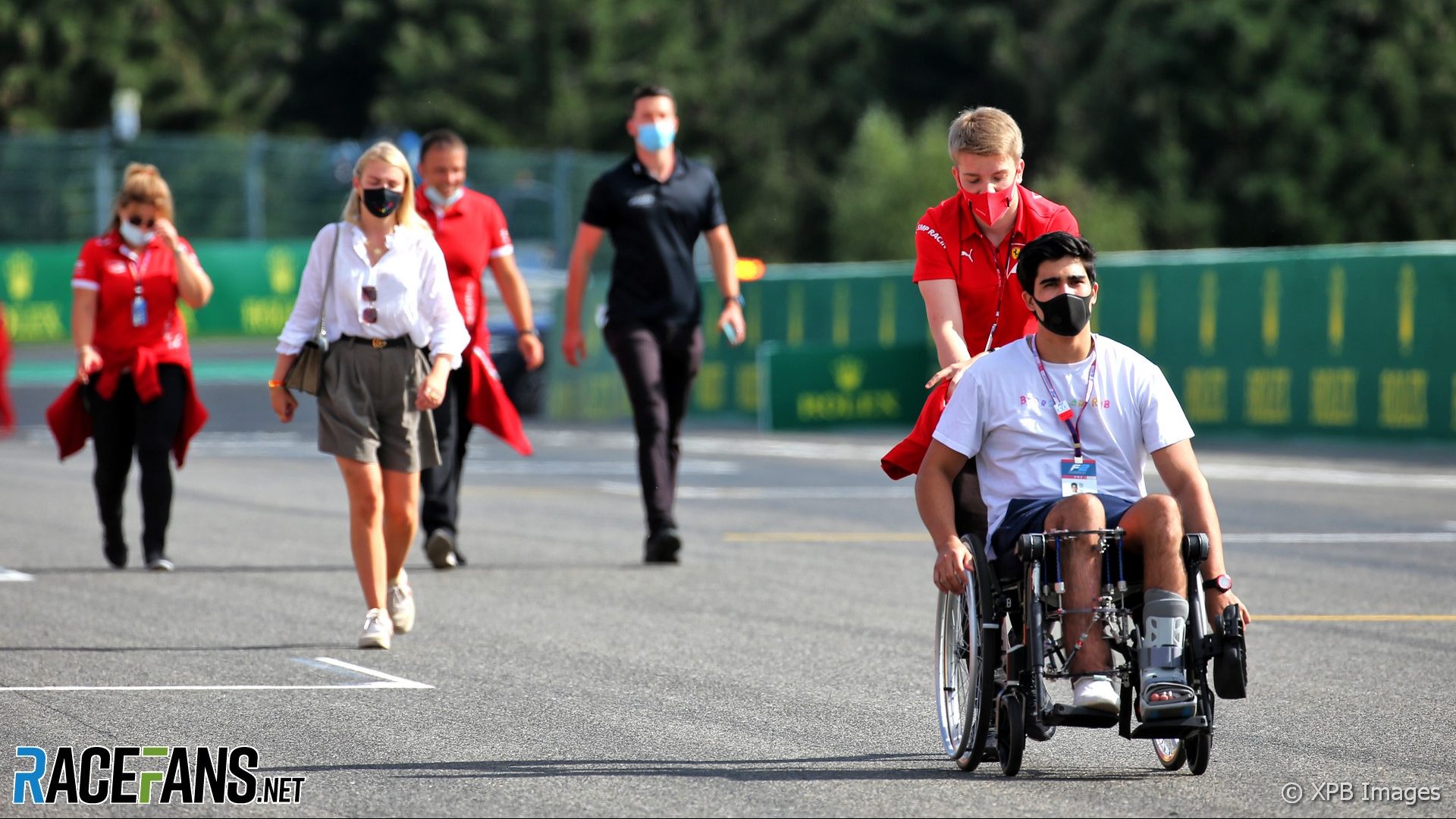 In the round-up: Juan Manuel Correa says returning to racing for the first time since his horror crash at Spa in 2019 is “one of the proudest moments in my professional career”.

Correa suffered serious injuries in a multi-car crash in the Formula 2 feature race at Spa-Francorchamps on August 31st, 2019 which also claimed the life of Anthoine Hubert while. Correa sustained a 65G impact and suffered around 20 fractures in his legs and feet, two fractured vertebrae and lung damage. He spent two weeks in an induced coma.

His right leg, the most severely damaged of the two, was supported by a metal brace for over a year. It was finally removed on October 28th 2020. Correa has had a total of 25 surgeries to his two legs, according to his representatives confirmed, who added in a statement he “will return to racing a year sooner than expected” with ART in the 2021 Formula 3 championship.

Announcing my return to the race tracks is one of the proudest moments in my professional career, as I’ve had to work very hard and sacrifice a lot for it to happen. I want to thank the motorsport community and the fans for their unconditional support.

I have no words to thank ART Grand Prix for believing in me and for being part of my story. I would also like to take a chance to honour the memory of Anthoine, as I will keep him very close to my heart in every race and try to carry his legacy as best as I can.
Juan Manuel Correa

"I can see the benefits and merits of hosting a round, the third-last round of the season, in late spring, in Albert Park, when a world championship might be decided."

"The newly-elected mayor of Rio de Janeiro, Eduardo Paes, confirms the mooted F1 circuit in the Deodoro region will not be built."

"'I’ve been trying to manipulate (this) car like we do in Australia,' he said of the transition curve. 'In the middle of the corner, (you carry) the brake to keep the front turning (because) with that big, heavy (Supercar) you need to keep the weight in the front to keep the tires turning. Here, you’ve got to really trust the aerodynamics.'"

"Headhunters have started to assemble a preliminary list of luxury-industry heavyweights including Gucci CEO Marco Bizzarri, although no one is excluding auto-industry entries, said the people, who asked not to be named since the process is not public. The company hasn’t started interviewing candidates yet, the people said."

Story of the marque (McLaren)

"There's very little in Formula 1 that remains the same – not least our famous logo. This year, a modernised font style and splash of papaya sees the McLaren logo evolve once more."

Time to strap back in for more afternoon testing. 💪👀#INDYCAR pic.twitter.com/HIkH21bJQi

Track changes planned to improve racing in November's Australian GP · and seems that everybody now is trying to copy the style we applied ⁦@SilverstoneUK⁩ ⁦@CPZtweets⁩ ⁦@AIAPortimao⁩ ⁦@PaulRicardTrack⁩ and many others… https://t.co/kGxgGyG0xN

Is this year the wrong time to tweak Albert Park’s track layout?

They should wait and see what effect the 2022 rule changes have before potentially ruining more circuits.

I’m not especially fond of widening some of the corners as is been suggested as that just takes away a lot of the challenge in those corners. Turn one and two for instance often sees a lot of drivers make mistakes wait some run a bit wide over the weekend because the bumpy braking zone as well as the track narrowing as it does is the biggest challenge at that part of track. If you make it wider your just removing a lot of the challenge that makes that section of track interesting.

It’s the same mistake they have made elsewhere over the years with circuit changes aimed at ‘improving the show’, They often take interesting, tricky little challenging parts of the track that in some cases offer a unique challenge wait turn them into far less interesting somewhat dull corners that offer far less of a challenge which in my opinion takes away from the overall spectacle of watching the drivers drive the cars around some of these circuits.
@Stefmeister